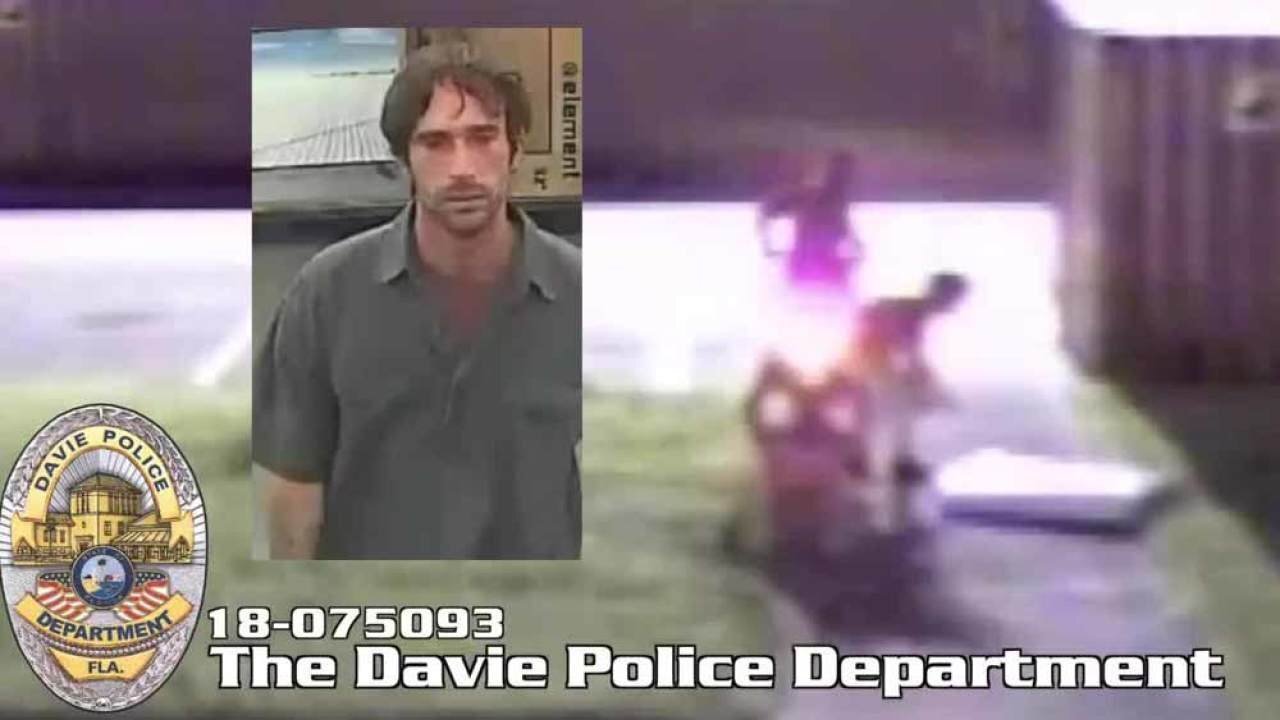 Davie, FL (WPTV) – Some clumsy crooks in South Florida quickly found out they probably should have brought along a bigger vehicle for their recent heist.

Video tweeted by the Davie Police Department on Wednesday shows a man stealing a 43-inch television from a Walmart earlier this month.

After the robber leaves the store carrying the large television, he attempts to hop on a scooter that is waiting for him to escape.

However, while trying to board the scooter, the thief drops the stolen television, possibly damaging it. Video shows him stop to pick it up, then climb back on with the television as he and the driver speed away from the scene.