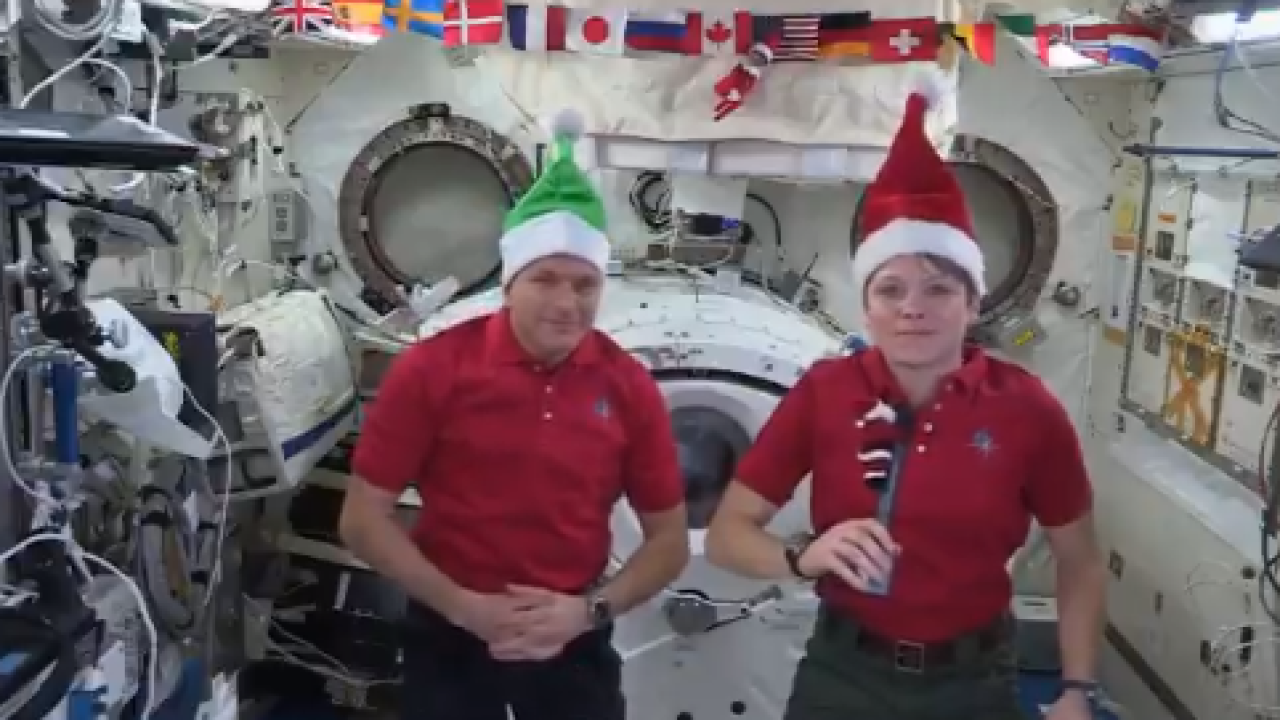 INTERNATIONAL SPACE STATION – While your feet are firmly on the earth this Christmas, a few astronauts are at the International Space Station this holiday season.

Through a Twitter video from the International Space Station, two astronauts, NASA’s Anne McClain and the Canadian Space Agency’s David Saint-Jacques, shared how they are celebrating the holidays on the station, which has hosted scientist, discoverers and astronauts from across the world.

The Expedition 58 trio will share a traditional meal aboard the orbital lab, share gifts and call down to family during their off-duty day, according to NASA.

How will you be celebrating the holiday season? With family, photos, and food? Our @Space_Station crew in orbit will be celebrating the same way! Join @Astro_DavidS and @AstroAnnimal as they share with us their holiday plans (and Christmas treats!) pic.twitter.com/pupkzUTWdb

One of the unique things that the astronauts are doing is playing “Elf on the Shelf,” the popular Christmas children’s game that involves placing a small elf-like doll around your home – or for these astronauts – around the space station.

Cosmonaut Oleg Kononenko of Russia is also with McClain and Saint-Jacques on the International Space Station as part of Expedition 58.

Kononenko, who is on his fourth mission at the International Space Station, is spending his second Christmas in space.

The first time three humans spent Christmas in space was in 1968 when NASA astronauts of Apollo 8 did so.