Panthers QB Taylor Heinicke undergoes MRI, status for Sunday up in the air 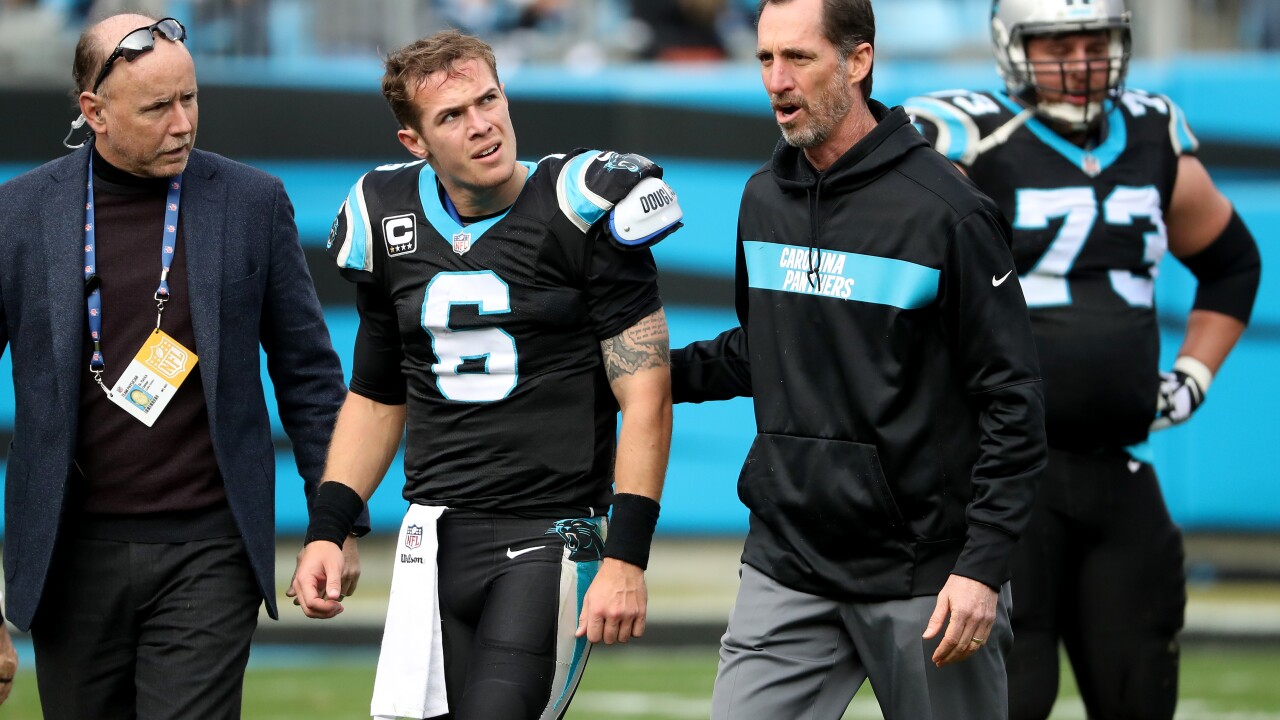 CHARLOTTE, NC – After grinding it out as a backup quarterback for four years and before receiving the opportunity to make his first career NFL start Sunday, it’s clear Taylor Heinicke can shoulder quite a bit on and off the football field. But it’s his elbow, not his shoulder, that could keep him from making his second career start.

During Sunday’s loss vs. Atlanta, a game in which Heinicke, the former Old Dominion University standout, completed 33-of-53 passes for 274 yards and his first career touchdown pass – Heinicke injured his left elbow (non-throwing arm) during the second quarter of the 24-10 defeat. The Panthers quarterback returned to the game after missing nine snaps and played the remainder of the game.

“I wanted to be out there for those guys,” Heinicke explained after the loss. “Those guys are awesome and they believe in me. I wanted to give it my all for them and I wasn’t coming out of that game. I waited too long, worked too hard – all I wanted to do was go out there and play.”

Monday, Carolina head coach Ron Rivera said Heinicke’s status for next Sunday at New Orleans – the Panthers’ season finale, is up in the air. “He’s getting an MRI,” Rivera told reporters. “We’ll have more on it come Wednesday.”

Heinicke, ODU’s record-holder in passing yards and touchdowns, went undrafted in 2015. He spent the first three seasons of his career with the Vikings before being signed to the Patriots practice squad and then landing with the Texans in 2017.