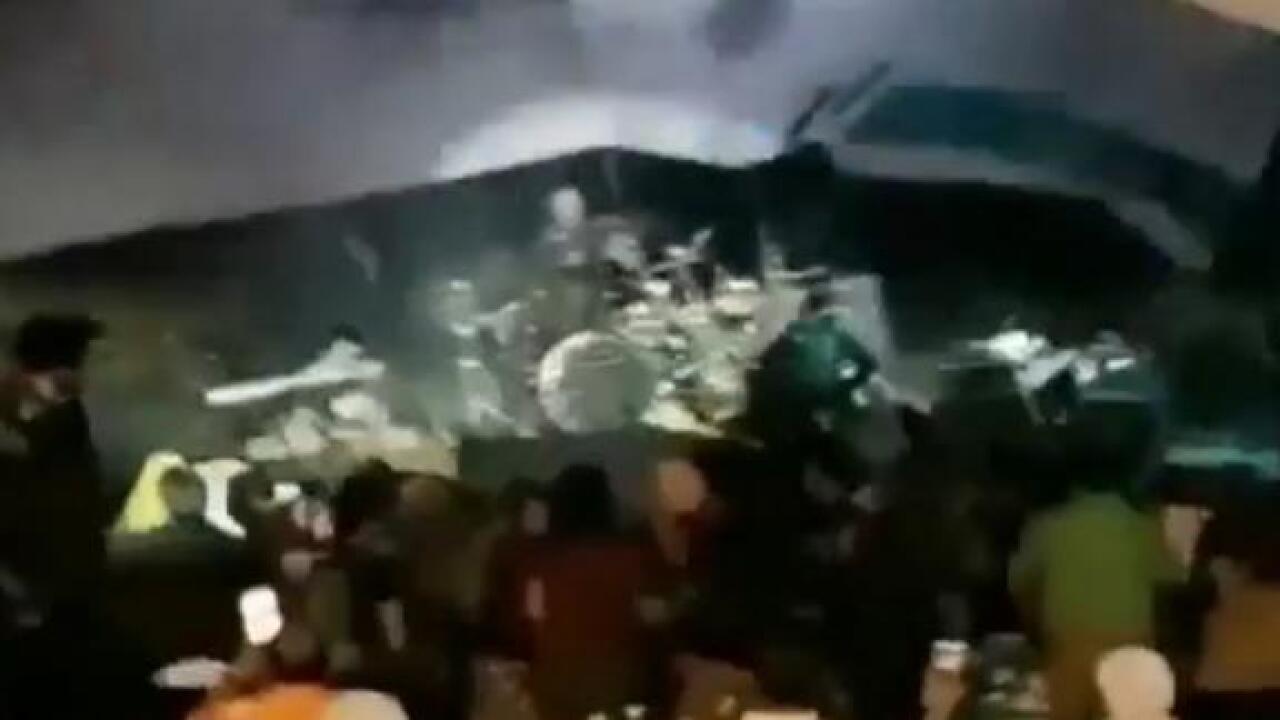 An Indonesian pop band performing near the beach was swept away when a tsunami hit the Sunda Strait on Saturday.

In a tearful video, the lead singer of Seventeen said the band’s manager and bass player were killed.

“I just want to say that our bass player Bani and our manager Oki Wijaya passed away,” Riefian Fajarsyah said sobbing.

Related: Tsunami in Indonesia kills at least 222 without warning

Three other band members as well as Fajarsyah’s wife, whose birthday is Sunday, remain missing, he said.

“Please pray that we can find Andi, Herman and Ujang and my wife.”

On Instagram, Fajarsyah posted a photo of him and his wife kissing in Paris, with the caption, “Today is your birthday, I am wishing that you come home my love.”

The rest of the band members, including Fajarsyah, have minor injuries, “but we are fine,” he said.

The band was in the middle of a show organized by PLN, the state-run electric company. They had been unaware of the tsunami when suddenly, a massive wave crashed through the stage and into the audience.

The tsunami was likely caused by a combination of underwater landslides due to a volcanic eruption, the country’s meteorological, climatological and geological agency said.

Indonesia has been hit by a series of natural disasters in recent months, including a powerful earthquake that hit the island of Sulawesi on September 28. In the towns of Baleroa and Petobo, rivers of soil swept away entire neighborhoods in the aftermath of the magnitude-7.5 earthquake and ensuing tsunami.