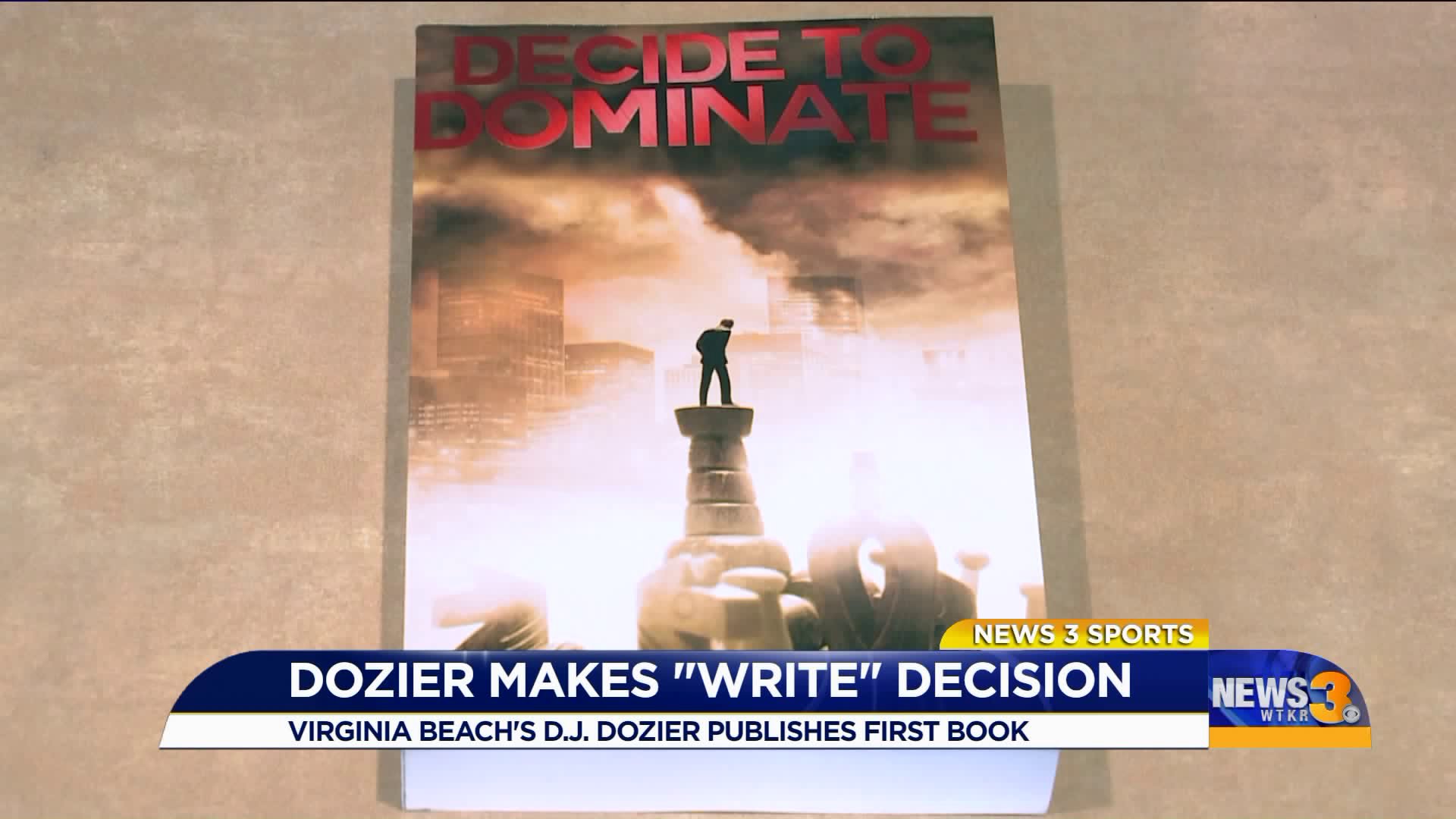 Running back D. J. Dozier of the Minnesota Vikings.

CHESAPEAKE, Va. - Like millions of others, D.J. Dozier watched the 1987 Major League Baseball World Series on television. Like a select few others, it inspired him to do something transcendent.

"One of the first calls was to my agent," Dozier explained in an interview with News 3. "I said, 'Listen, I’m thinking about playing baseball.' The phone went silent."

Dozier, the Kempsville High School product who helped lead Penn State football to the 1986 national championship, decides being a first round pick in the NFL Draft isn't enough. He decides playing one sport, at the highest level, isn't enough.

Despite not playing baseball in six years, Dozier - then a member of the NFL's Minnesota Vikings, takes a swing at second sport.

Three years after his initial tryout, Dozier makes his Major League debut with the New York Mets on May 6, 1992. He is officially a two-sport professional.

Decades later, he officially becomes a published author. In September, Dozier - who now resides in Chesapeake, releases Decide to Dominate. They are his words about his decision to pursue a baseball career in addition to a football career.

"This book is about taking a look at yourself," Dozier said. "And allowing an assessment of yourself, as well as others assessing you, so you realize where you are and where you can be."

And where we are, here in 2018, college football's reigning Heisman Trophy winner, Kyler Murray, just might be taking a page out of Dozier's book.

The Oklahoma quarterback is a pro football prospect. But, he's already a first round draft pick in Major League Baseball. In June, Murray signed a $4.6 million contract with the Oakland A's.

"If I were him, I would still try to figure out how to do both," Dozier shared. "From a business perspective, you don’t know which career is going to take off. Baseball is tough. It’s four to six years in the minor leagues in most cases."

If Murray truly wants to be like D.J., the 2019 Major League Baseball World Series begins in October. He can always make his decision to dominate then.

You can purchase Decide to Dominate here.