After his best friend died, a 12-year-old Michigan boy raised $2,500 to pay for the headstone 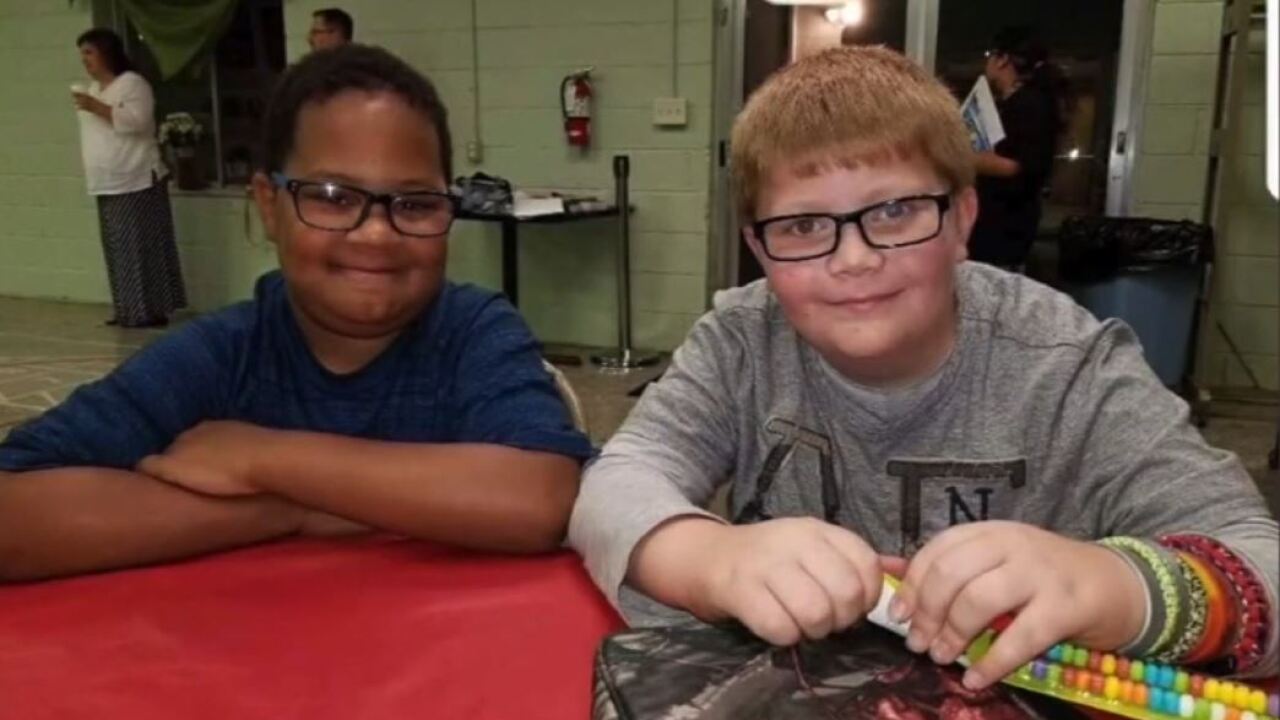 When Kaleb Klakulak started second grade in Warren, Michigan, he was the new kid in town. His parents had just divorced, and Kaleb was shy and didn’t easily make friends.

“It was fun because he liked almost everything I liked,” Kaleb said.

The two boys, both quiet and sweet-natured, started hanging out together all the time.

“They were like two of a kind,” said K.J.’s mom, LaSondra Singleton.

So when K.J. died in May of congestive heart failure after a long battle with leukemia, Kaleb was devastated. And when Kaleb, now 12, learned that Singleton couldn’t afford a headstone for K.J.’s grave, he was determined to help.

Kaleb’s mom, Kristy Hall, recalls that “K.J. coming into our life was amazing. He had all this excitement.”

The two boys would sit and play video games together without even talking, Hall said.

“I think they liked each other because they ‘got’ each other,” she said. “They were both able to just be themselves and be together without having to impress the other one.”

And their mothers bonded, too.

“We were both single moms at the time, sharing our stories and taking comfort in each other,” Hall said.

It didn’t matter to Kaleb that his best friend had limitations.

K.J. was diagnosed with leukemia as an infant and had multiple surgeries throughout his life. He struggled with severe allergies and couldn’t go out sometimes.

“When he couldn’t go out and play, Kaleb would come to our house and play,” Singleton said. “They were inseparable from the beginning to end of their relationship.”

But last December, K.J. took a turn for the worse. He ended up in the hospital with congestive heart failure, and doctors prepared him for a transplant.

“I would bring Kaleb down there once a week to paint and play games with him,” Hall said. “The hospital kind of bent the rules a teensy bit for him so his best friend could hang out with him.”

‘Mom, how much does a headstone cost?’

One day in May, Singleton reached out to Hall and Kaleb with some bad news.

The end was near. They came to K.J.’s bedside, where he lay unconscious. Kaleb said goodbye.

Singleton, who had quit her job at a high school cafeteria months earlier to care for her son, was devastated.

She buried her boy in a family plot but could not afford a headstone. At the same time, she was also dealing with her mother’s early stages of Alzheimer’s.

Kaleb found out and wanted to make his late friend’s mother feel better.

“He slowly started saying things like, ‘Mom, how much does a headstone cost?'” Hall recalled.

Kaleb began doing odd jobs to raise money. He also collected soda bottles — lots of them. His mom’s friend sent out a notice to her neighborhood asking folks to save their bottles. Hall drove her son all over town to get them, filling her car multiple times, and then exchanged them for recycling deposits at their grocery store.

Hall also set up a PayPal account last week, asking for donations for the gravestone. The goal was set at $2,500.

Donations quickly began pouring in. So Kaleb and his mom asked K.J.’s mother to come for a visit.

They handed her $900 for the headstone.

“I cried because it was unexpected. I cried because I’m trying to figure out things from day to day,” Singleton told CNN. “I can see his final resting place. I have a place I can go and be with him.”

She told CNN it speaks to “how genuine and how beautiful K.J.’s heart was” because he attracted people like Kaleb.

“It’s a bittersweet thing because it’s finalizing everything for me,” she said. “I’ve wanted to get his headstone, but at the same time it’s making everything final for me.”

That was a week ago, and donations are still coming — a total of some $2,500 so far. Hall and her son plan to give Singleton the rest of the cash very soon.

Meanwhile, Kaleb is having a rough time without his best friend.

“He’s not made another friend since,” said Hall. “I believe it’s hard for him because he’s afraid. He doesn’t want to lose someone else.”

Singleton says she hopes the boys’ story will help heal some of the divisiveness in the country right now.

“At a time in the world when there’s so much division and hatred, I hope that this brings some sort of closure of the division — that people will be able to see people of all races can get along,” she said. “And we do love each other.”