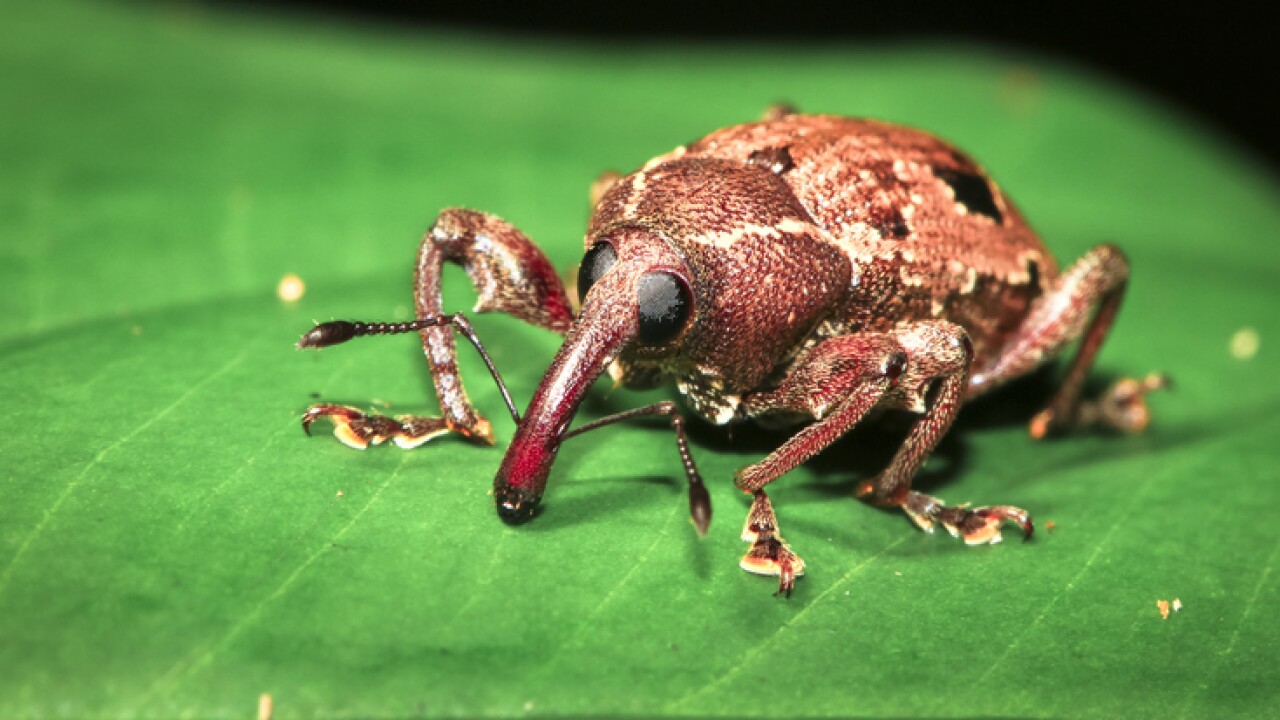 A weevil (family Curculionidae) on a leaf at night in Belize.

RICHMOND, Va. – Survey says… there are no boll weevils in Virginia.

The Virginia Department of Agriculture and Consumer Services (VDACS) recently completed the 2018 cotton boll weevil trapping and announced that no boll weevils have been detected in the Commonwealth. VDACS oversees a monitoring program to make sure the weevil does not become established in the state.

All cotton growers pay a per-acre fee to fund the survey program.

The boll weevil, considered a destructive pest, was first detected in Virginia 1922. It had decimated American cotton by the 1960s.

Cotton enjoyed a renaissance in the following years, and by the early 1990s Virginia farmers planted enough acres in cotton to support several cotton gins in the Commonwealth. Virginia currently has cotton gins in Emporia, Franklin, Suffolk and Windsor.

Related: It’s officially the worst year ever for West Nile virus in Virginia

Virginia is the northernmost cotton growing state in the U.S. In 2016, cotton was the 14th largest agricultural commodity in the state with farm cash receipts of $36 million.