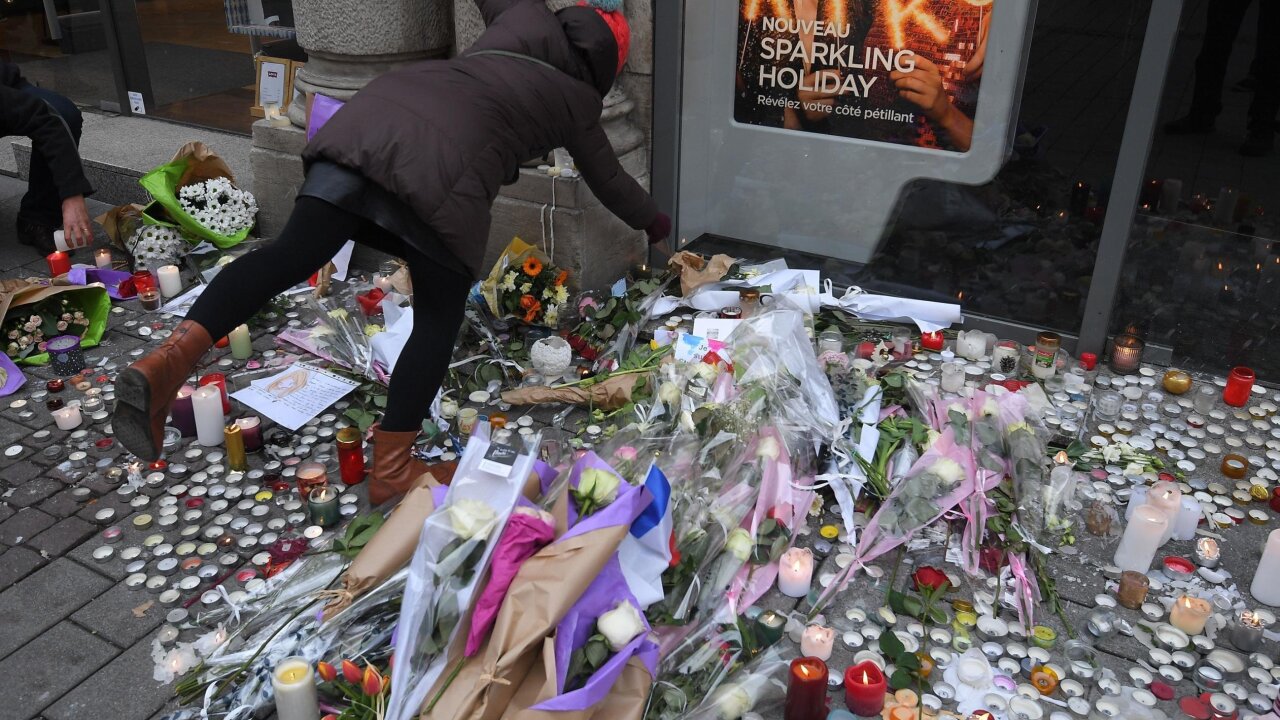 The man had been on life support since being shot Tuesday, the Paris prosecutor’s office said. Italy’s Prime Minister identified the victim as Antonio Megalizzi, an Italian journalist.

“Deep sorrow for the death of Antonio Megalizzi, a young man with a great passion for journalism, for radio, for investigations and for European institutions,” Italian Prime Minister Giuseppe Conte said on Twitter.

Magalizzi was a journalist who specialized in European affairs and was in Strasbourg to follow the European Parliament. He also freelanced for various radio stations.

Italian Interior Minister Matteo Salvini tweeted: “A prayer for Antonio Magalizzi, and the commitment that people won’t die like that any more.”

CNN affiliate BFM has reported that the other three who died in Tuesday’s market attack are a 45-year-old male Thai tourist, an Afghan father of three who had been living in France for 15 years, and a man from Strasbourg.

Many have visited the market — which has since reopened — to light candles and lay flowers as tribute to victims.

Cherif Chekatt, 29, the man suspected of killing at least four people and wounding 13 others, was killed by French police following a shootout two days after he disappeared not far from the scene of the attack.

French prosecutors said the suspect shouted the Arabic phrase “Allahu Akbar,” meaning “God is greatest,” at the time of the attack.

The hunt for Chekatt prompted a curfew in the eastern French city of Strasbourg near the German border and forced France to raise its national security threat level to its highest status: “emergency terror attack.”

French Interior Minister Christophe Castaner said police recognized a man who looked like the suspect walking on a street Thursday night in Strasbourg’s Neudorf district and approached him. Chekatt opened fire on officers when they tried to question him, he said.

According to BFM, Chekatt was born in Strasbourg.

He was already known to security services as a possible threat, police said. Chekatt had an extensive criminal background that included 27 convictions in France, Germany and Switzerland, mostly for acts of robbery and violence.

A spokeswoman for the Swiss Federal Police, Cathy Maret, told CNN that Chekatt was well-known to authorities there, having been arrested and convicted several times in Switzerland for crimes such as break-ins, theft and violence. He was not on the country’s radar as a radical Islamist or for narcotics violations, she said.

In 2017, he was deported from Germany to France after the Interior Ministry in the German state of Baden-Wuerttemberg confirmed he had been convicted of break-ins and serious theft in 2016 and spent time in a German prison. The German Federal Criminal Office said the suspect was not known as a radical Islamist.

However, Chekatt was known to French prison officials for being radicalized and for his proselytizing behavior in detention in 2015, Paris prosecutor Remy Heitz said, adding that he had been incarcerated multiple times.

Chekatt was also on a French terror and radicalization watch list called the “Fiche S” surveillance file. The Fiche S includes thousands of people, some of whom are under active surveillance, meaning they are on law enforcement’s radar.

On Thursday, a fifth person was taken into custody in relation to the attack, the Paris prosecutor’s office said.