Starbucks is going to sell Nitro at all its US stores 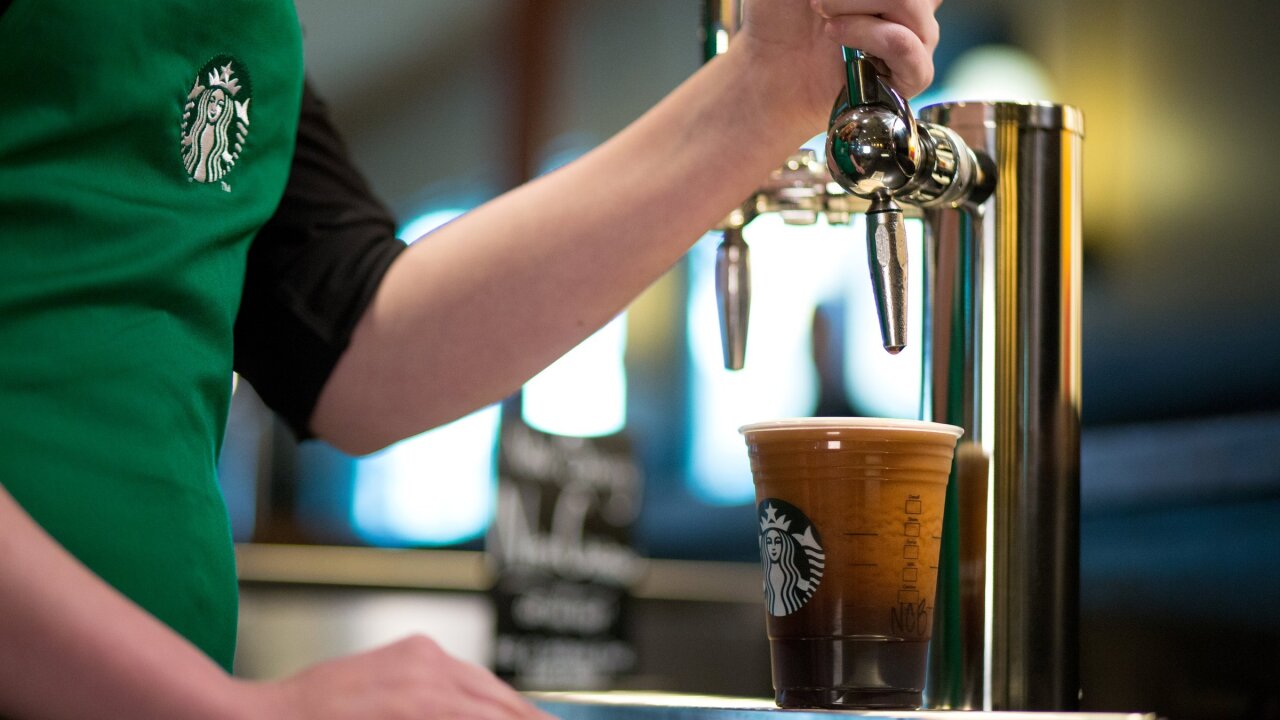 Every company-operated US Starbucks location will offer the nitrogen-infused cold brew coffee, which comes out of a tap, by the end of next year to meet customer demand, the company said on Thursday.

The expansion is part of Starbucks’ plan to sell more products next year — especially as Frappucino sales slip.

Frappuccinos used to help drive sales for Starbucks. But in recent years, increasingly health-conscious customers have turned on the sugary blended beverages.

“As you know, our primary softness has been centered around Frappuccino,” Brewer said on Thursday.

Frappuccino drinkers tend to treat the drink as a one-off purchase, she noted. But customers are more loyal to cold brews and iced coffees. “These categories are more habitual and create more brand affinity,” she said.

The company is not moving away from Frappuccinos, Brewer noted. Starbucks is just offering new options for the blended drinks and expanding its cold drink portfolio.

Starbucks started selling Nitro in its Roastery and Tasting Room in Seattle. The brew was such a hit that Starbucks expanded it to 500 Starbucks stores later that year.

Right now, 2,500 out of 8,500 US company-operated stores serve Nitro cold brew. The expansion is “pretty substantial for us,” Brewer told CNN Business.

Nitro-serving taps will be added to all Starbucks stores, Brewer added. “That equipment is coming in around the country now.”

Brewer said she especially likes how Nitro looks when it’s being poured into a glass. That “little bit of theater,” she said, adds a visual element to the drink.

The company also plans to expand its blended coffee offerings next year.

“We’ve got some new things coming … that will allow us to use Nitro technology plus cold foam,” Brewer said. Starbucks introduced cold foam, which tops some of the company’s iced drinks, this year.

To improve sales at Starbucks (SBUX) stores, the company is also investing in developing digital relationships with customers and making its stores more efficient to allow baristas to spend more time with customers.

The company also plans to expand its partnership with Uber Eats to nearly a quarter of company operated US stores early next year. The Starbucks Delivers pilot program ran in Miami this year. And it’s continuing its aggressive Chinese growth strategy with a new virtual store, which allows customers to buy Starbucks gift cards and order merchandise through an integrated app.