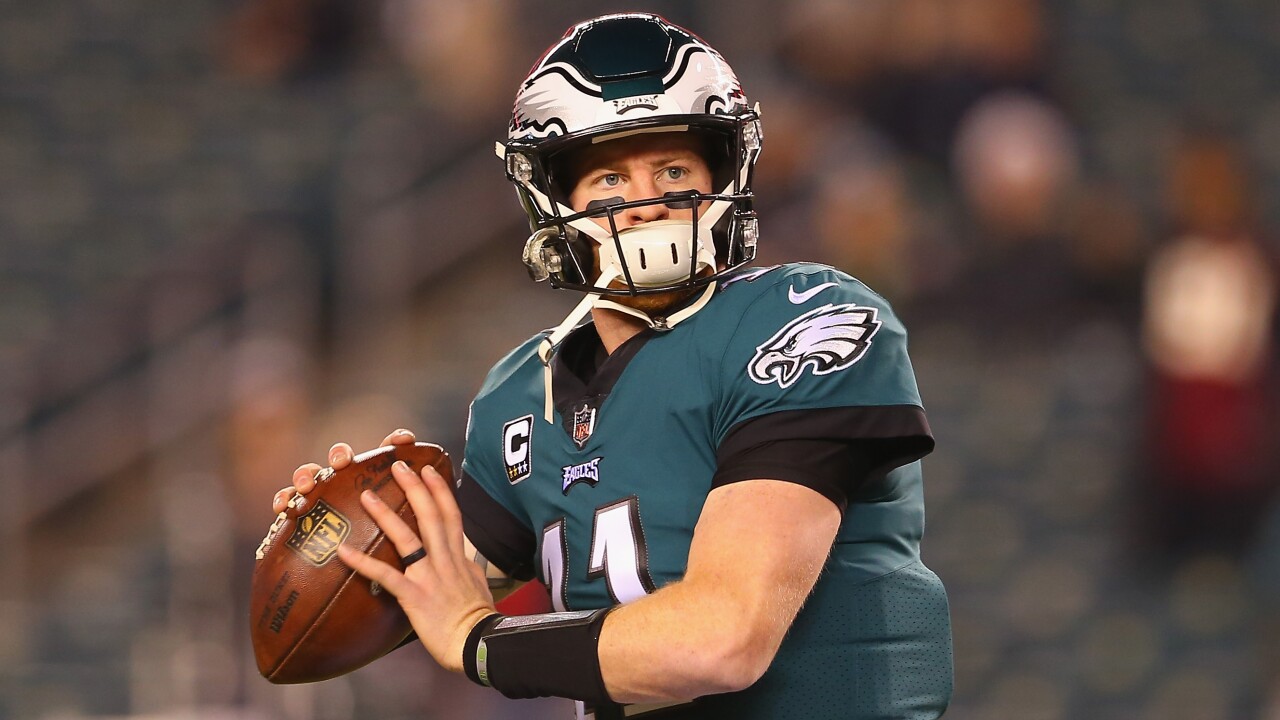 On Thursday, CT scans revealed that quarterback Carson Wentz has a fractured vertebra in his back, according to reports. The injury will not require surgery, but could cost Wentz the final three games of the 2018 season.

The third-year quarterback missed practice with what head coach Doug Pederson characterized as back “soreness”, on Wednesday.

“He’s helped us win the games that we’ve won,” Pederson said. “He’s managed the offense extremely, extremely well and done some nice things. So, something we’ve just got to continue to finish on and build on the rest of the year.”

Backup quarterback Nick Foles, who led the Eagles to a 5-and-1 finish last season and the first Super Bowl in franchise history, will step in if Wentz is unable to play against the Rams this weekend.

“He’s smart, he’s an accurate passer and just a guy that we’ve got a lot of faith and a lot of trust in as a veteran backup,” Pederson said. “If he does get an opportunity to play, we’ve got a lot of confidence in him and his teammates do as well.”

Wentz has thrown for 3,074 yards, 21 touchdowns and seven interceptions this season.