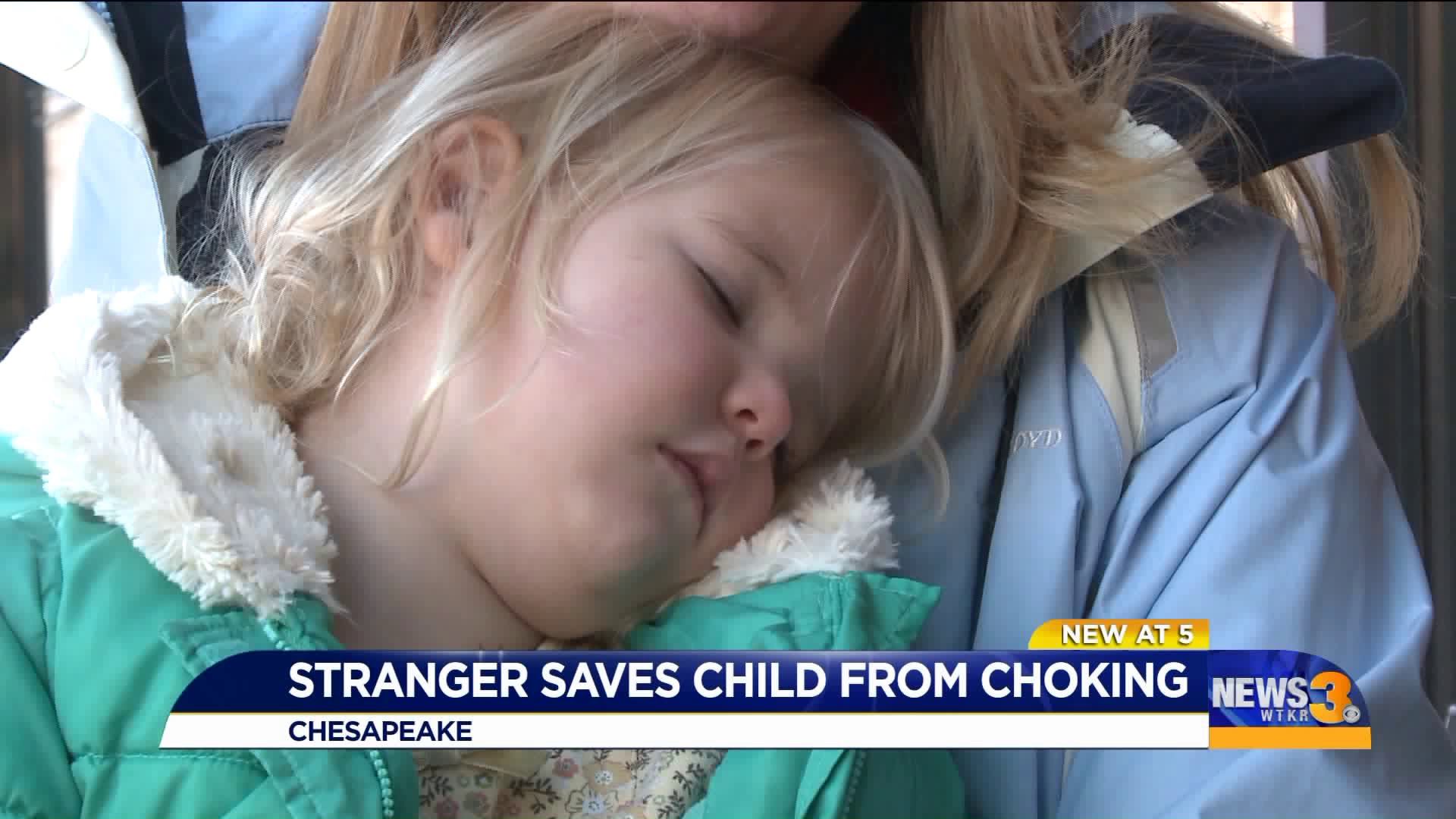 CHESAPEAKE, Va. - The kindness of a stranger likely saved a life Saturday.

"It was more surreal than anything I've ever been through or imagined I could go through," Angel Barnes said.

Barnes and her daughters had just sat down for breakfast at The Egg Bistro on Saturday morning when her three-year old, Callie, started choking. "I cut up her pancakes and looked over and she wasn't breathing," Barnes recalled. "She was actually blue in the face and getting bluer by the moment."

The next moments happened so fast. Barnes tried to come to her daughter's aid, but there wasn't much space. Luckily, another woman sitting nearby rushed over to help. 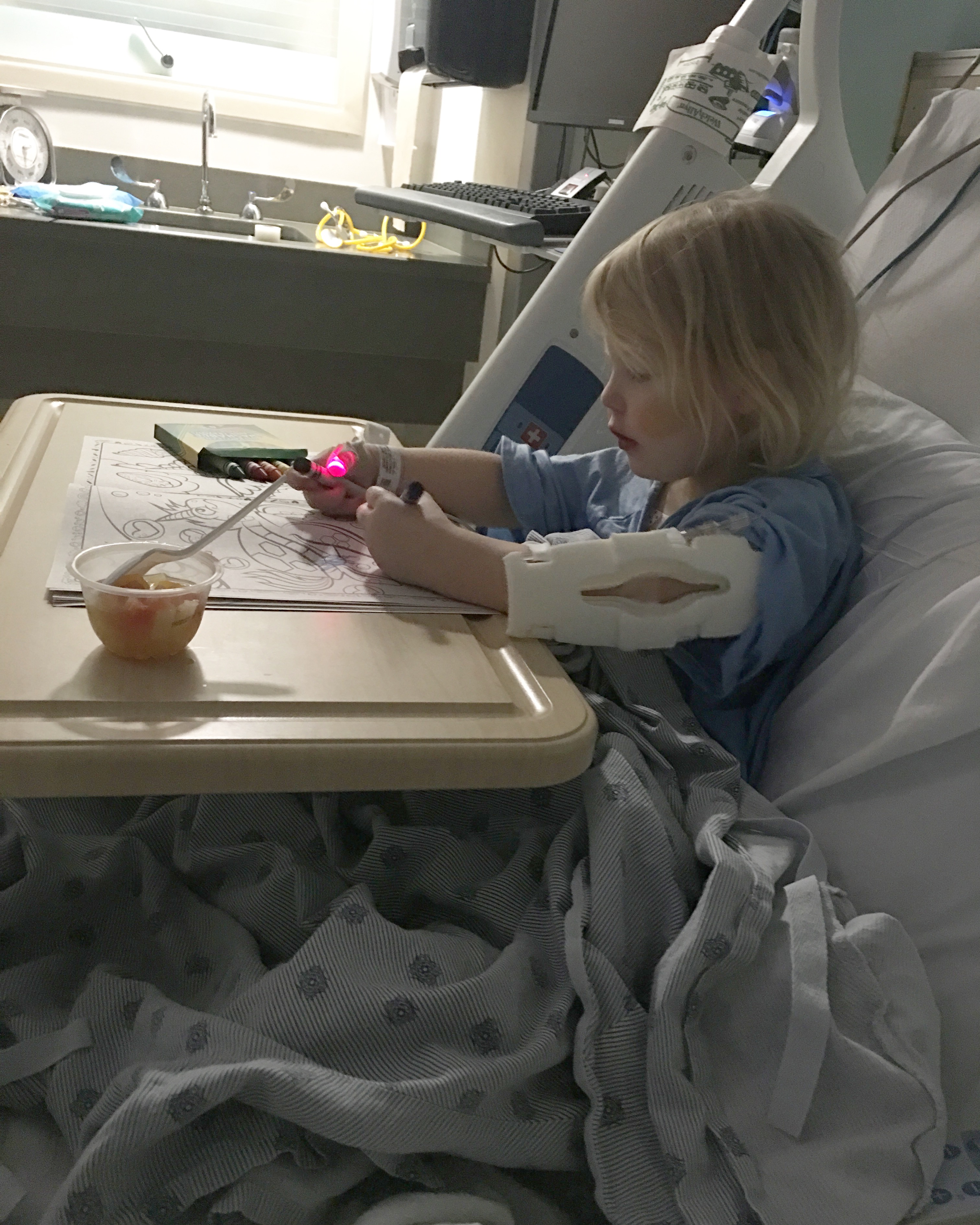 "I screamed out, 'She's choking!' This young lady probably in her early 20s ran over and the next thing I knew she had [Callie]. She started doing the Heimlich Maneuver on her and gave her three or four good thrusts," Barnes said.

The woman was able to clear Callie's airway so she could start breathing again. "Thank God she was in the right place at the right time," Barnes said.

Medics took Callie to the hospital, but she's okay now. "I've never been more scared in my life," Barnes said.

The woman who helped left before anyone could get her name, but Barnes feels it's important to share the story. "The fact that she didn't look the other way - she just jumped into action," she said. "I think more people need to be like that."

Barnes is hoping she and the woman will one day be able to share another hug of gratitude. "I love you," she said. "There's not enough words to say to her for what she did for my daughter. There's really not."