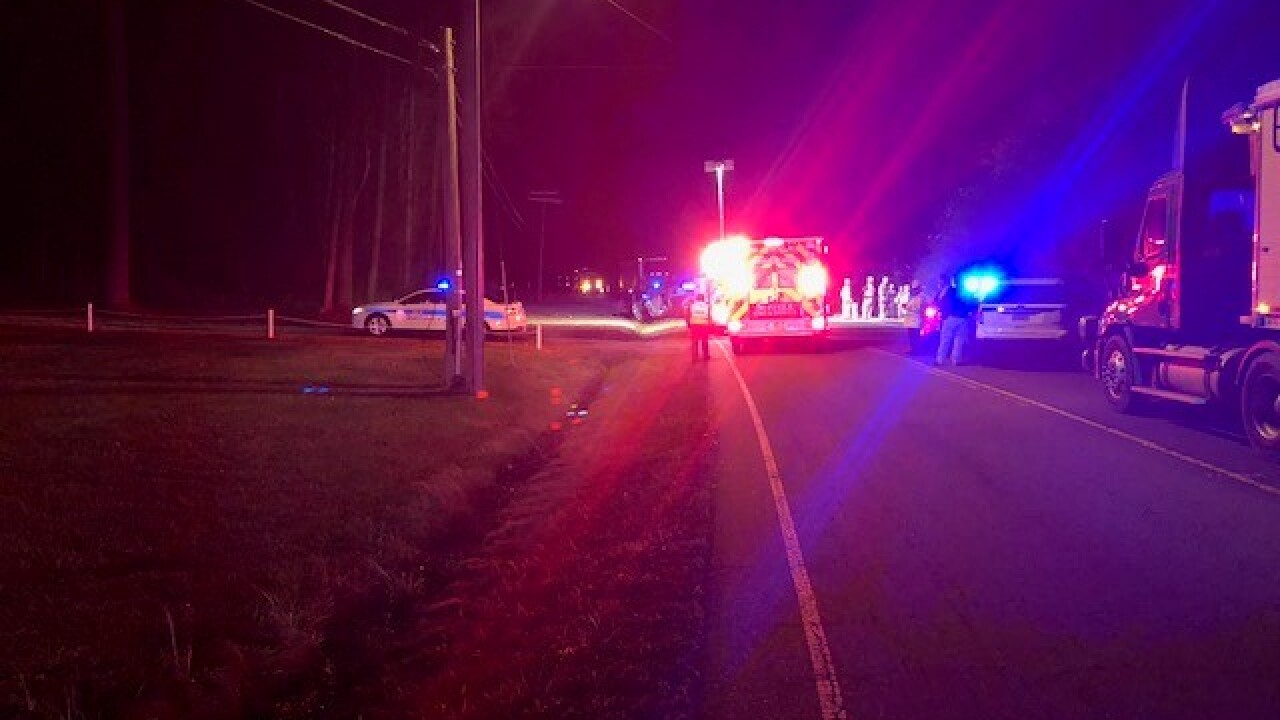 SUFFOLK, Va. – Police are investigating after a fatal head-on collision that happened between a van and a pickup truck Monday evening.

Police and Fire & Rescue crews were at the scene of the two-vehicle crash in the 2000 block of Whaleyville Boulevard around 9 p.m.

Officials say the man driving the van died, while the four in the pickup truck were also all seriously injured. They were all taken to hospitals in the area for treatment. The current condition of those in the hospital is unknown at this time.

The victim has been identified by police as 58-year-old Robbin Pierce.

The crash and cause is under investigation.