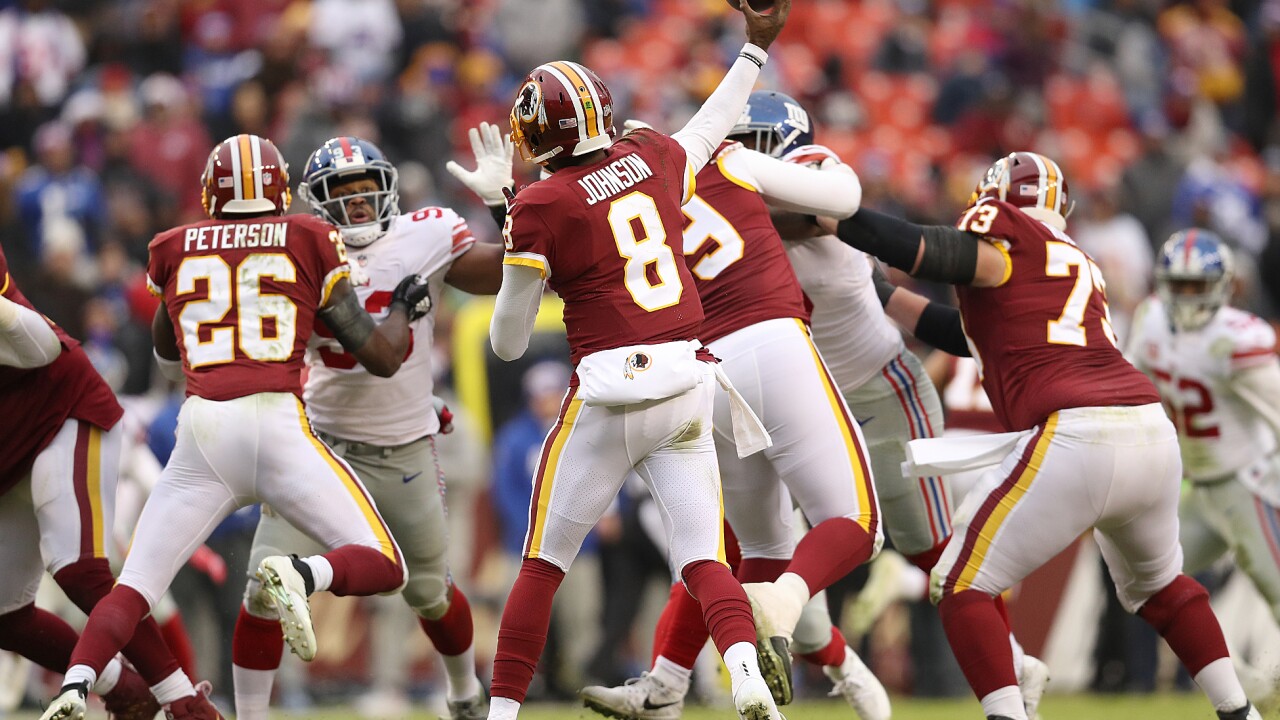 Monday, Redskins head coach Jay Gruden reiterated Josh Johnson will start at quarterback for Washington Sunday in Jacksonville. Johnson, the 32 year-old journeyman who was just signed last week, is 0-and-5 all-time as a starting QB in the NFL.

“He’s always been a guy in the pocket who is pretty dangerous when he moves around, gets outside and he was familiar with the system and handled [it],” Gruden said Monday. “For the most part, he did a pretty good job with the snap count and formations and plays, so I think there is an upside there that we can build off of.”

Johnson’s last start came December 4, 2011. He was selected in the fifth round of the 2008 NFL Draft and made five career starts between 2009 and 2011 – all loses. In five career starts, Johnson has five touchdown passes and nine interceptions.

Despite not having thrown a pass since 2011, Johnson relieved Mark Sanchez in the second half of Sunday’s 40-16 home loss vs. the Giants – Washington’s fourth straight defeat. On four possessions, Johnson completed 11 of 16 passes for 195 yards, one touchdown and one interception. He also led the team with 45 rushing yards. His four drives produced all 16 points.

Quarterback Josh Johnson of the Washington Redskins runs with the ball against the New York Giants. (Photo by Rob Carr/Getty Images)

“Yeah, you know when you watch Josh play, he can be hot and cold throwing the ball,” Gruden explained. “He can throw a great ball and then throw one in the dirt then throw a great ball. The consistency probably is what people see. Now his age, he’s a little bit older, guys want to go younger, try and go younger, try to get a younger guy in here. But, he’s been on 11 or 12 teams. You can look at it as a negative or you look at it as a positive that he does have a skill set that’s intriguing and when he gets an opportunity, like he did yesterday, he does pretty well. So, he’ll get another big one on Sunday.”