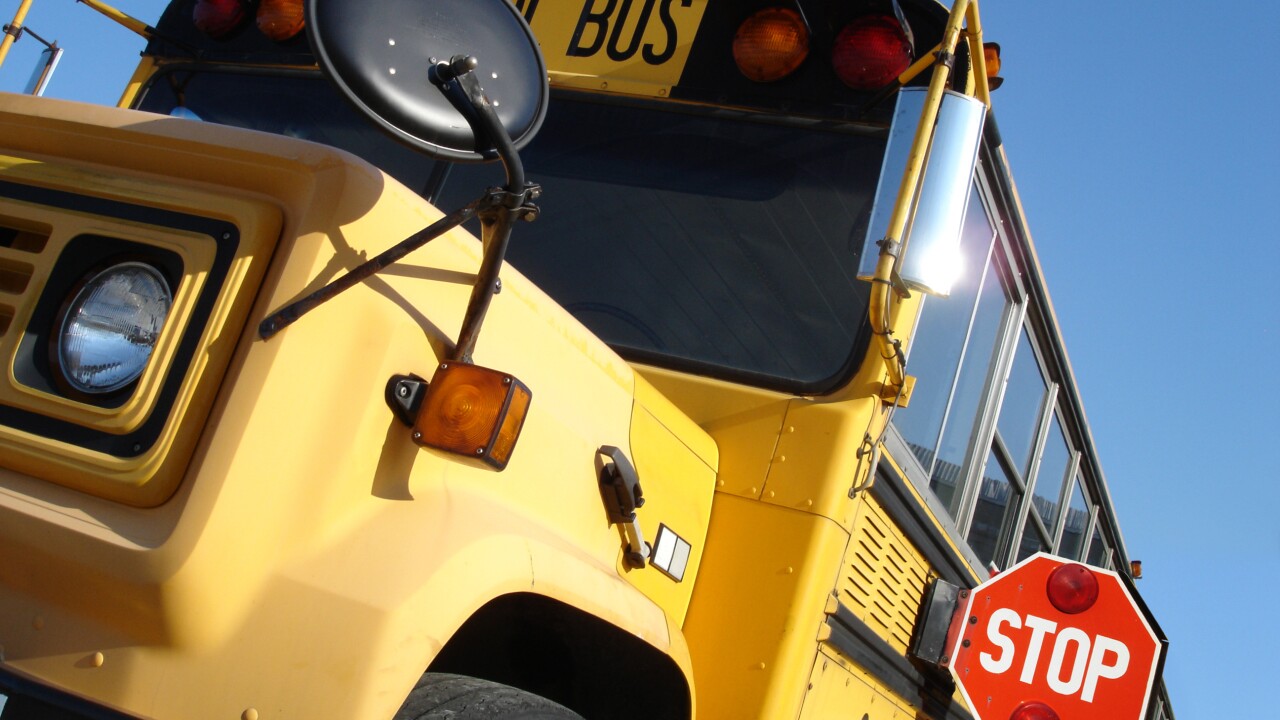 A forward view of an old school bus with stop sign out.

According to officials, the bus was returning to a lot after finishing a route when another vehicle hit the back of the bus.

It is not known what caused the crash.