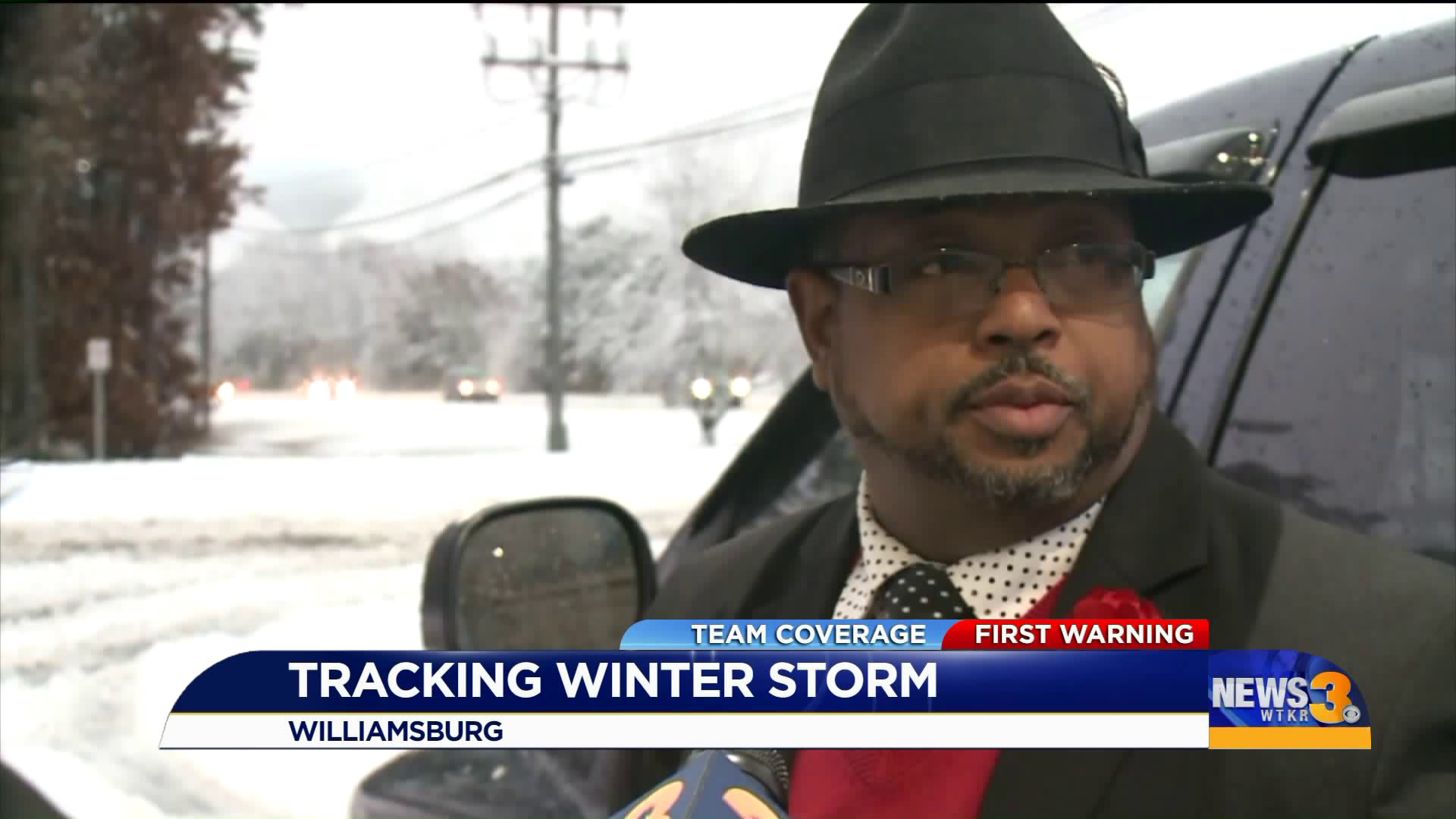 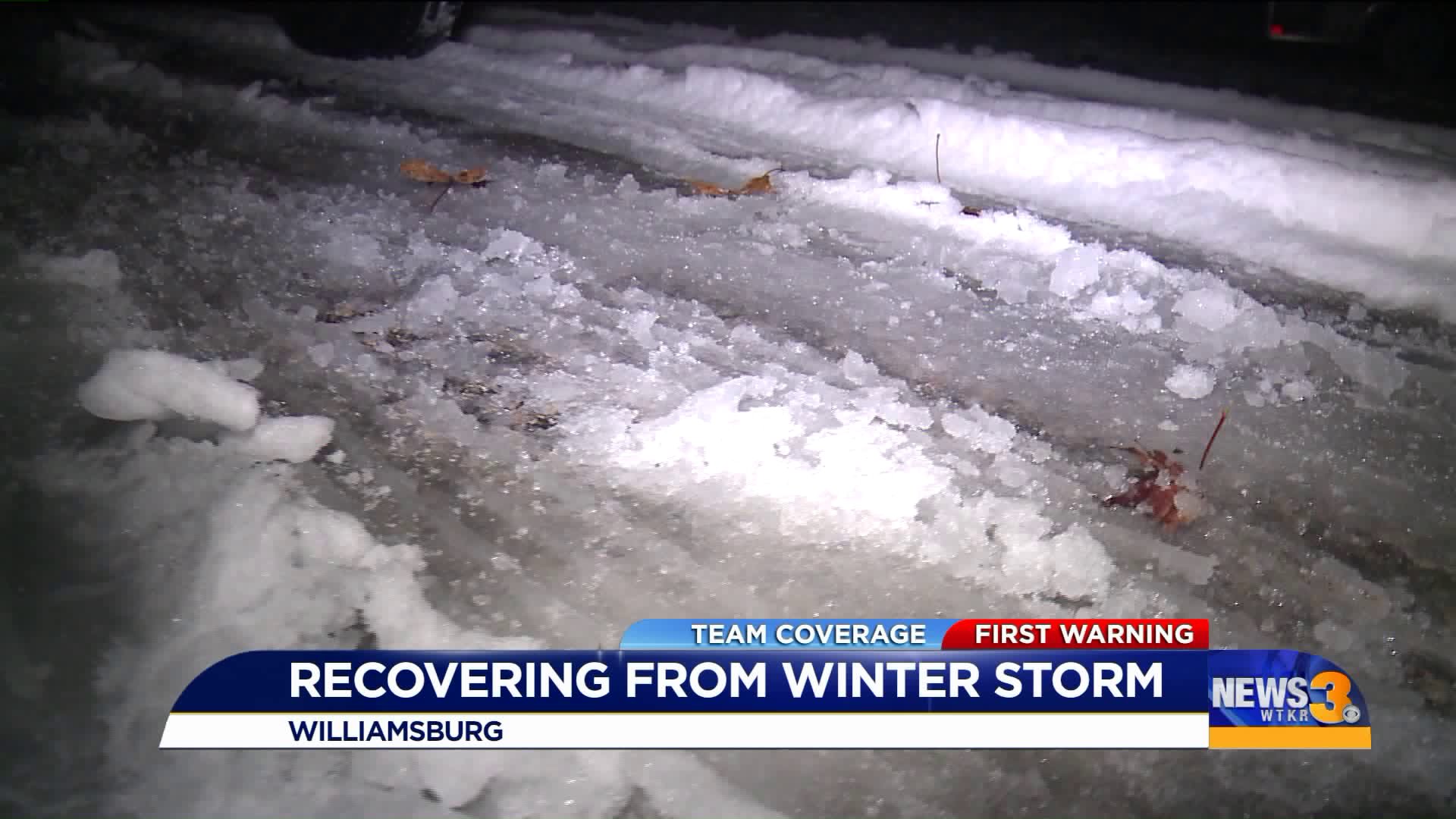 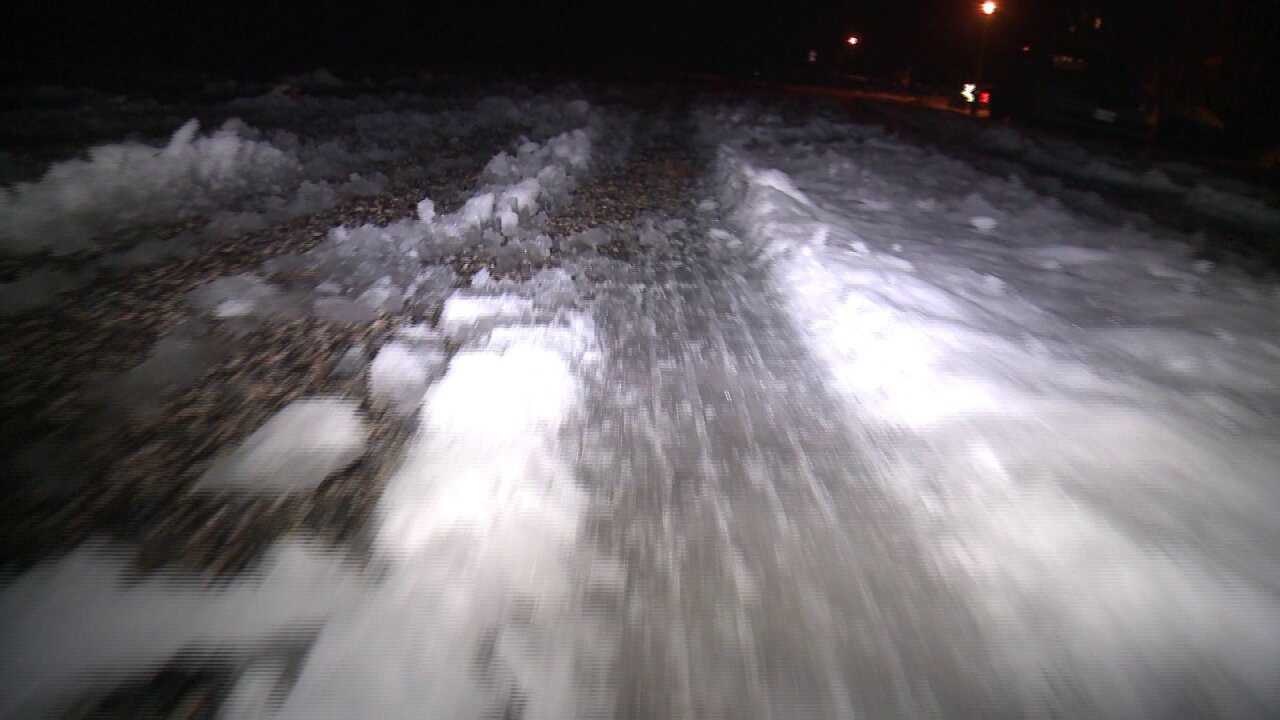 “Yesterday was a mess. Last night, I was out on the roads. There was a lot of slipping and sliding. Today, I went to Newport News and it wasn’t that bad. The roads had been cleaned off a little bit, but the backstreets are still bad," says Charlotte Moore.

Some neighbors in Williamsburg have had a difficult time traveling their every day route because of a downed tree that fell right in the middle of Clark Lane during Sunday’s snowfall.

Neighbors living on Clark Lane have yet to have their mail delivered, because the downed tree has yet to be moved. But, that’s the least of some people’s worries.

With the slick and icy roads - some work places have shortened business hours.

“A lot of cars in the ditches, work has been closing early, I'm not getting many hours," says Robert Moore.

Because of freezing temperatures going into Monday night, the slush is not expected to melt but instead freeze into ice.