500-plus Monday flights are canceled and 200,000 customers are still in the dark after brutal Southeast storm 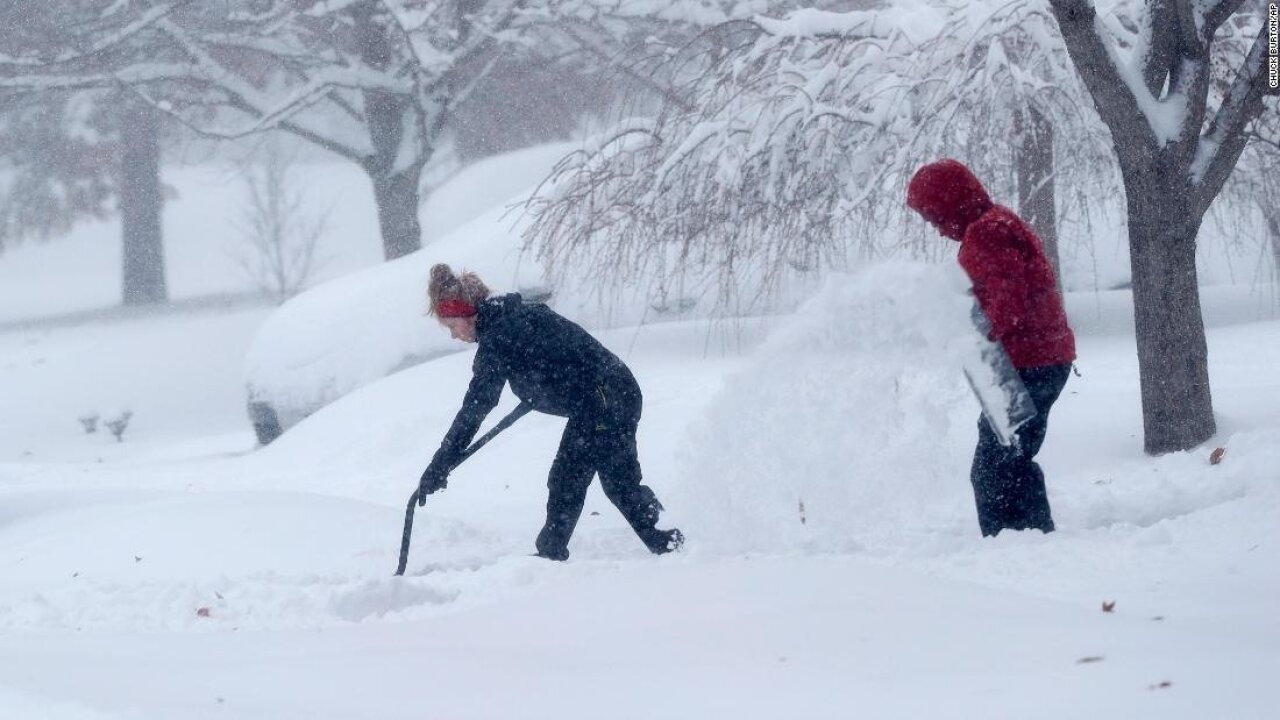 Thousands in the Appalachian region remain without power after this weekend’s winter storm.

The brunt of the storm may have passed, but North Carolina residents still face perilous conditions after record-setting snow walloped the state.

“With a mix of snow, ice and rain still coming down in some areas, conditions remain treacherous in many parts of our state,” Gov. Roy Cooper said Monday.

The storm, which pummeled the Southeast over the weekend, killed at least one person in North Carolina and grounded thousands of flights in the region, including more than 500 flights on Monday.

About 144,000 North Carolina households are still without power Monday morning, the governor said.

With frigid conditions and widespread power outages, Cooper asked residents to check on vulnerable loved ones and the elderly, if possible. He said 15 emergency shelters have opened across North Carolina.

Thousands of airline passengers are stuck

About 3,000 flights were canceled over the weekend due to the storm, but more travel misery is expected, CNN meteorologist Chad Myers said.

“If you are flying today, even if you’re flying out of Tampa, your plane may be stuck in Raleigh, so this is going to be a dreadful day to fly,” Myers said Monday.

Up to 24 inches of snow covered parts of the Appalachian Mountains region over the weekend, CNN meteorologist Pedram Javaheri said.

Cooper said while the worst of the storm has passed North Carolina, “we need to stay vigilant. We’re not out of the woods yet.”

“This storm dropped staggering amounts of snow, ice and rain across our state,” the governor said. “A year’s worth of snowfall or more fell on some places in a little more than a day.”

And with temperatures dropping below freezing overnight into Tuesday, the threat of icy roads will linger. North Carolina State Highway Patrol warned that even after streets are treated, they can freeze over again.

In the Charlotte suburb of Matthews, a tree fell on a vehicle, causing the car to careen and crash into a church, police said. The driver died, and the passenger was taken to a hospital with minor injuries.

The Durham County Sheriff’s Office tweeted a photo of a damaged patrol car, warning drivers should be prepared for hidden dangers.

“Another example of the unpredictable happening while driving in #winterweather,” the department tweeted. “A chunk of ice fell from an overpass and cracked a deputy’s windshield. Thankfully he was ok. If you can’t stay home, stay alert. #ncwx #DurhamWeather,” the tweet read.

State highway patrol said anyone who must drive should leave twice as much following space as normal behind the next car, in case that vehicle loses control.

Virginia was also bombarded with snow, and a winter storm warning remains in effect for most of the state until to 2 p.m. ET Monday, CNN meteorologist Gene Norman said.

Like its neighboring states to the south, Virginia also suffered thousands of power outages and dozens of vehicle crashes.

As of Monday morning, at least 33,000 customers had no electricity, Dominion Energy Virginia said.

And just like in North Carolina, roads are still dangerous in Virginia.