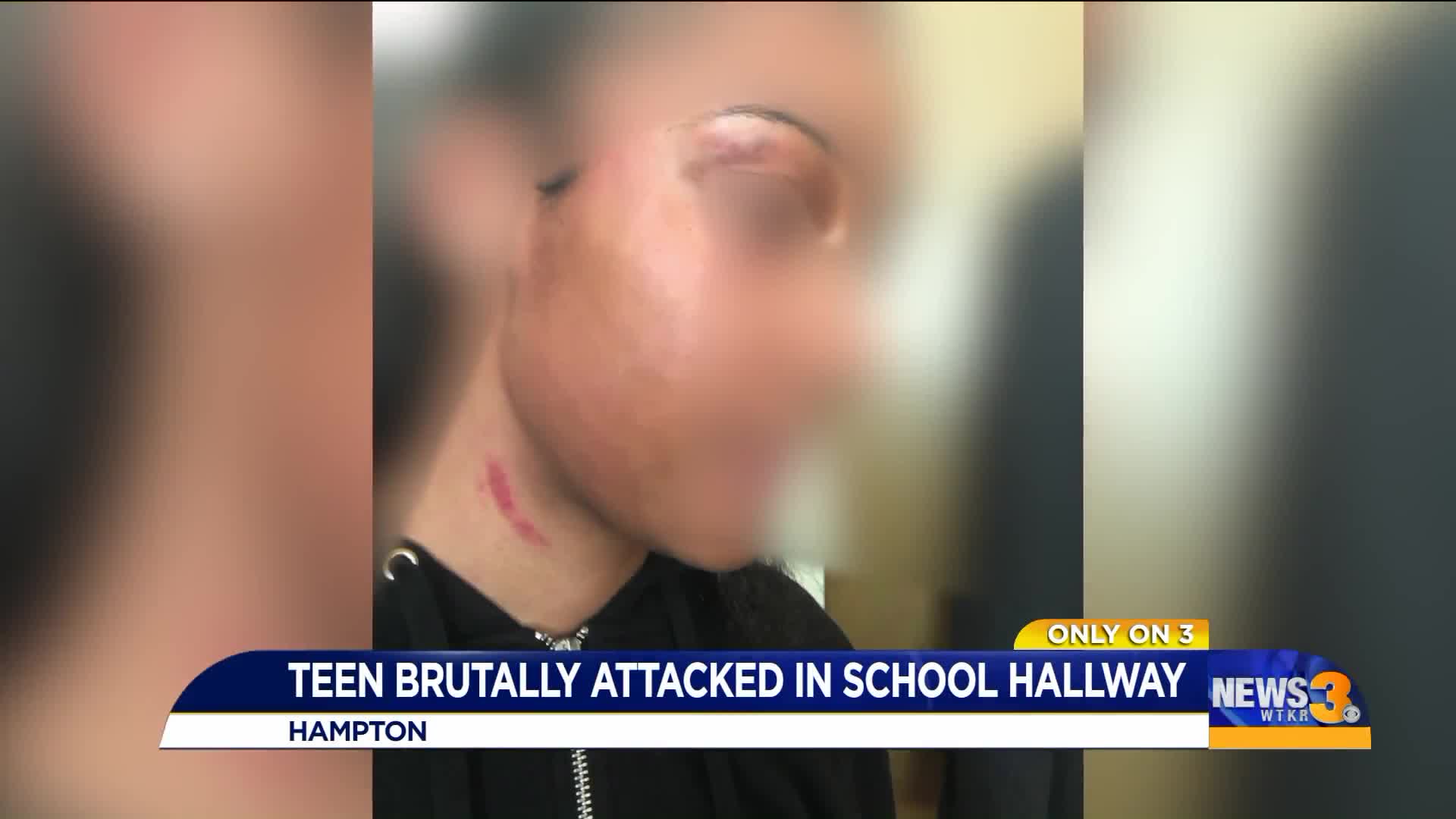 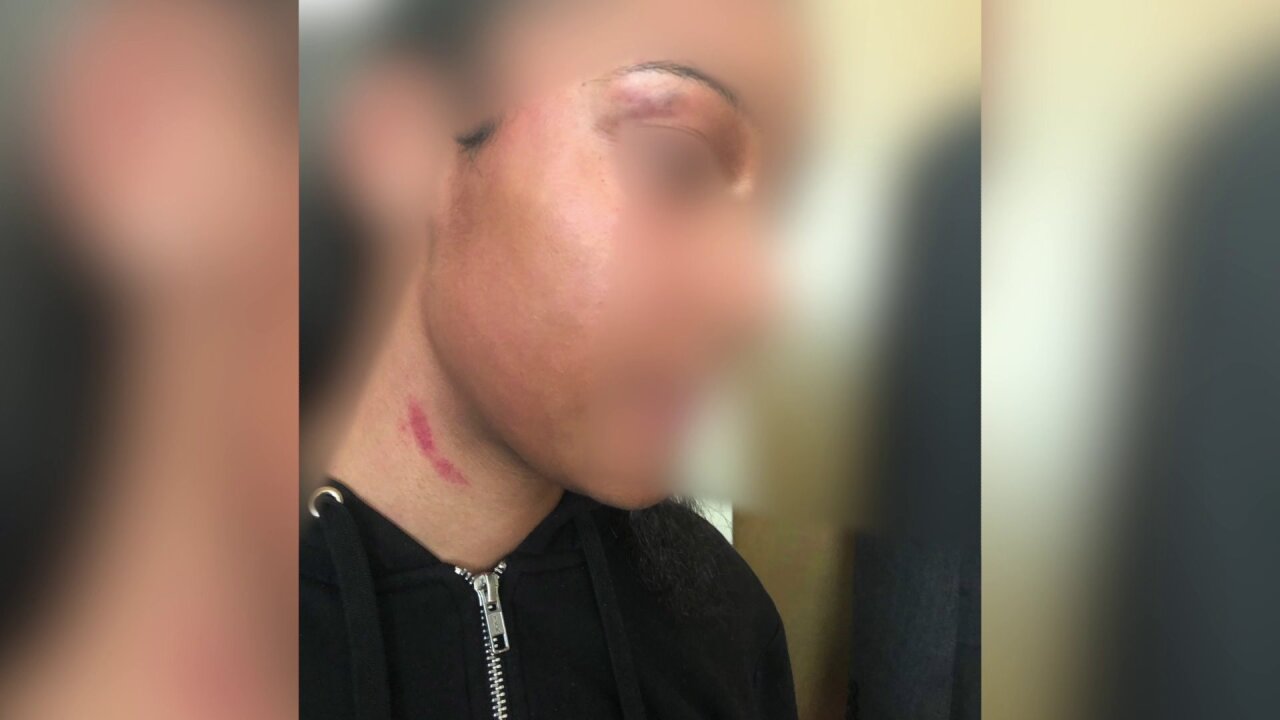 HAMPTON, Va. - A local woman says her 15-year-old daughter was brutally attacked by a male student at Hampton High School, and despite efforts, she's not getting any answers as to why.

Now, she is sharing the video of her daughter's attack to get justice.

“I send my kids to school every day to get their education - not to be bullied, and not to be viciously attacked by anyone,” Xavier Ince said.

Ince said she got a frightening phone call from her oldest daughter, who is a senior at Hampton High School, around 10 a.m. Monday.

“She says, 'Mommy, she was actually assaulted by a boy, and it’s bad.' So I started crying really bad and tried to get to the school as quickly as possible,” Ince said.

Ince said what she discovered has kept her awake for the past week: Her youngest daughter, only a freshman, covered in bruises and scratches.

“He struck my daughter in her face,” Ince said. “She dropped down to the ground, he punched her in the stomach and pulled her up by her neck and then struck her in the face again." 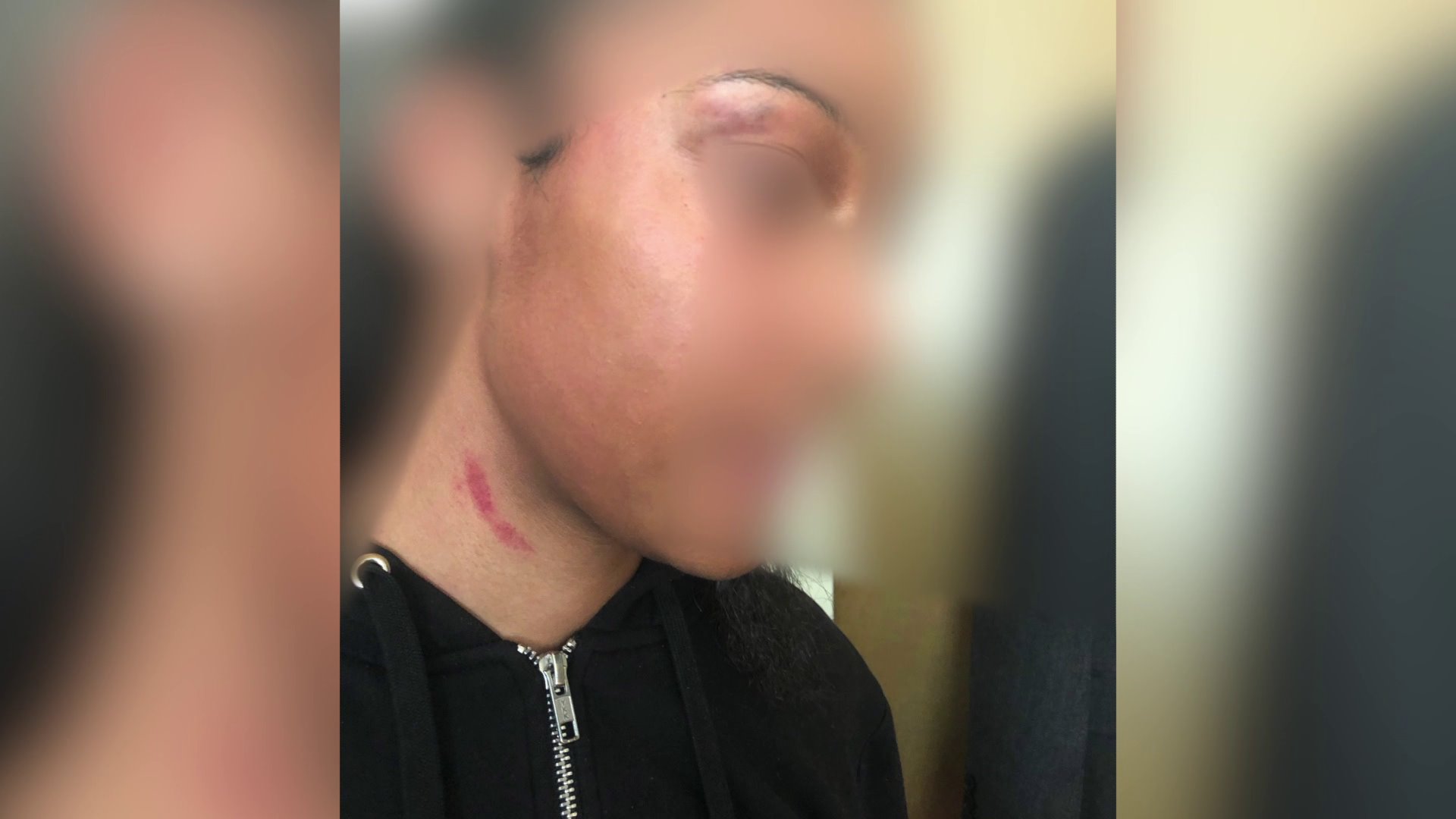 News 3 reached out to Hampton Police, who confirmed the incident:

On December 3, 2018, at approximately 10:07 a.m., a verbal altercation ensued between a 16-year-old male student and 15-year-old female student in a hallway at Hampton High School.  The altercation escalated and the male suspect began to physically assault the female victim, striking her with his fists and feet.  The suspect was eventually restrained by school security staff.  He has been charged with one count of Assault and one count of Vandalism in regards to this incident.

“The attack took place for five minutes. In my opinion, that’s a long time with no help,” Ince said.

In a statement, the school told us because it is a student matter, they cannot provide details. However, they did say they are working with police and that one student is being disciplined.

The school went on to say they are reviewing the matter to make sure proper procedures were followed and based on the outcome they will address the incident accordingly, saying student safety is a top priority:

There was an incident that occurred between two students on Monday, December 3, 2018, at Hampton High School. As this is a student matter, the division can not provide details. However, we can confirm that we are working in collaboration with the Hampton Police Division and one student is being disciplined in accordance to the Hampton City Schools' Students Rights and Responsibilities Handbook. Additionally, the school division will determine if the appropriate procedures and protocols were followed in this matter. Based upon the outcome, the division will address the incident accordingly. It remains the mission and expectation of Hampton City Schools to provide a safe and nurturing environment for all of our students, and we will continue to make safety a top priority for our students and staff.

“I don’t want this to happen ever again to anybody, and I am not going to keep quiet until I get results,” she said.