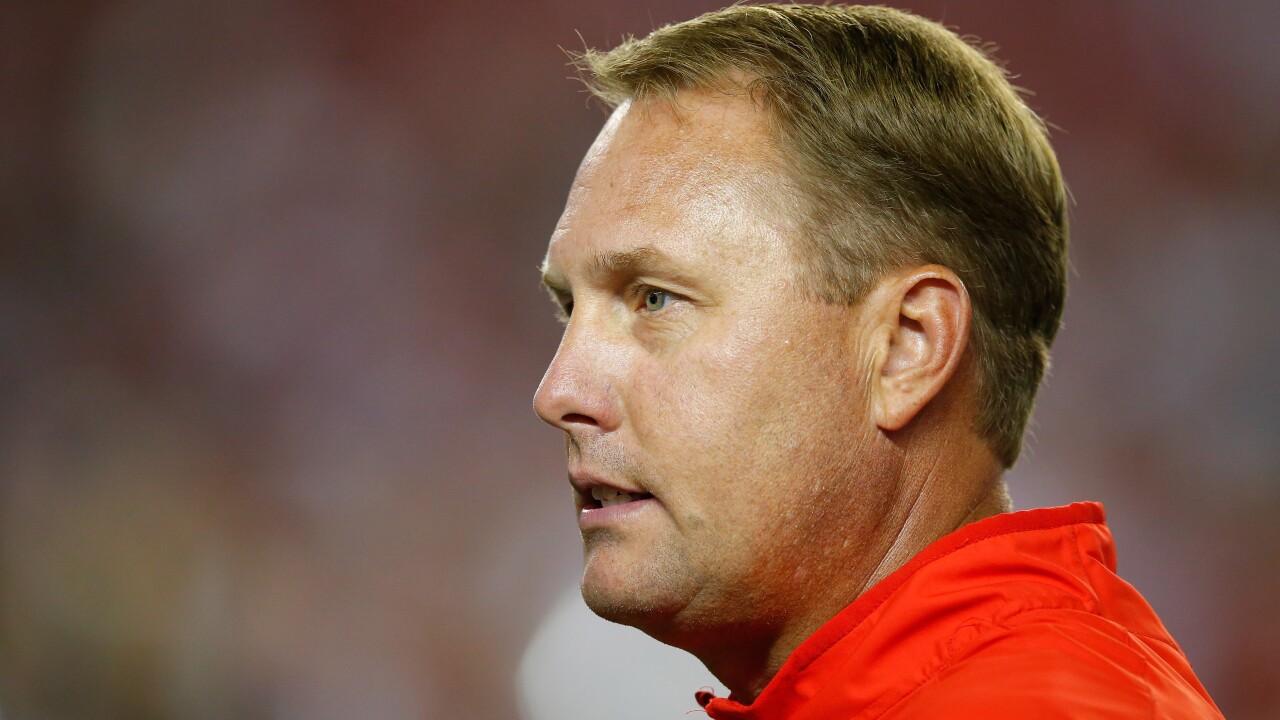 LYNCHBURG, Va. – Liberty University President Jerry Falwell and Director of Athletics Ian McCaw have announced the hiring of Hugh Freeze as the ninth head coach in the history of the Flames’ football program.

Freeze was introduced Friday to Flames Nation at a press conference at Williams Stadium.

Prior to being named Liberty’s ninth head football coach, Freeze’s collegiate head coaching stops have included Lambuth University (2008-09), Arkansas State (2011) and Ole Miss (2012-16) where he posted a combined 69-and-32 mark in eight seasons.

The native of Oxford, Miss., returned to his hometown school and lead it back to championship form during his five seasons as head coach at Ole Miss. Freeze guided Ole Miss to bowl games each of his first four years with the Rebels, becoming the first coach in school history to accomplish the feat. The wins included victories in the BBVA Compass, Music City and Sugar Bowl games. He resigned from Ole Miss in July 2017 after admitting to a pattern of personal misconduct inconsistent with the standards expected from a leader of a football team.

“We would have exercised the termination clause in our contract for moral turpitude,” Ole Miss Vice Chancellor for Intercollegiate Athletics Ross Bjork said when questioned if Freeze would have been fired had he not resigned. “While coach Freeze served our university well in many regards during his tenure, we simply cannot accept the conduct in his personal life that we have discovered,” Ole Miss Chancellor Jeff Vitter added.

After Freeze led Ole Miss to a Sugar Bowl win in 2015, the Rebels received a two-year postseason ban for “lacking institutional control” and fostering “an unconstrained culture of booster involvement in football recruiting”. The NCAA allegations also accused Freeze of failing to monitor his coaching staff. Recruiting restrictions were also imposed on Ole Miss’s program as a result.

“What an honor it is for me and my family to join the Liberty family!,” Freeze said in a statement. “We can’t think of a better place to restart our career in what we love to do. I’m very thankful for President Falwell and the entire Liberty administration for putting their trust in me to lead this wonderful program.”

“Hugh Freeze has experienced tremendous success at every stop in his coaching career including at the highest level of FBS football,” Liberty Director of Athletics, Ian McCaw said. “His strong commitment to faith, family and three dimensional coaching aligns with Liberty’s vision.”

McCaw took over as Liberty’s Athletic Director after resigning from the same position at Baylor University. At Baylor, the University accuses him of failing to take action despite “several incidents of sexual and interpersonal violence involving student-athletes were reported during his tenure as athletics director,” the school said in a statement to the Waco Tribune-Herald. “It was the Baylor Board of Regents that stepped up and took action, launching an independent investigation—by the nation’s top sexual assault experts—of not only the football program but of the entire campus in terms of how reports of sexual violence were handled over a specific period.”

Before returning to Oxford, the former Ole Miss assistant experienced a record-setting run at Arkansas State.

Born in Oxford and raised in Independence, Mississippi, Hugh, and his wife, Jill, are the parents of three daughters: Ragan, Jordan and Madison.