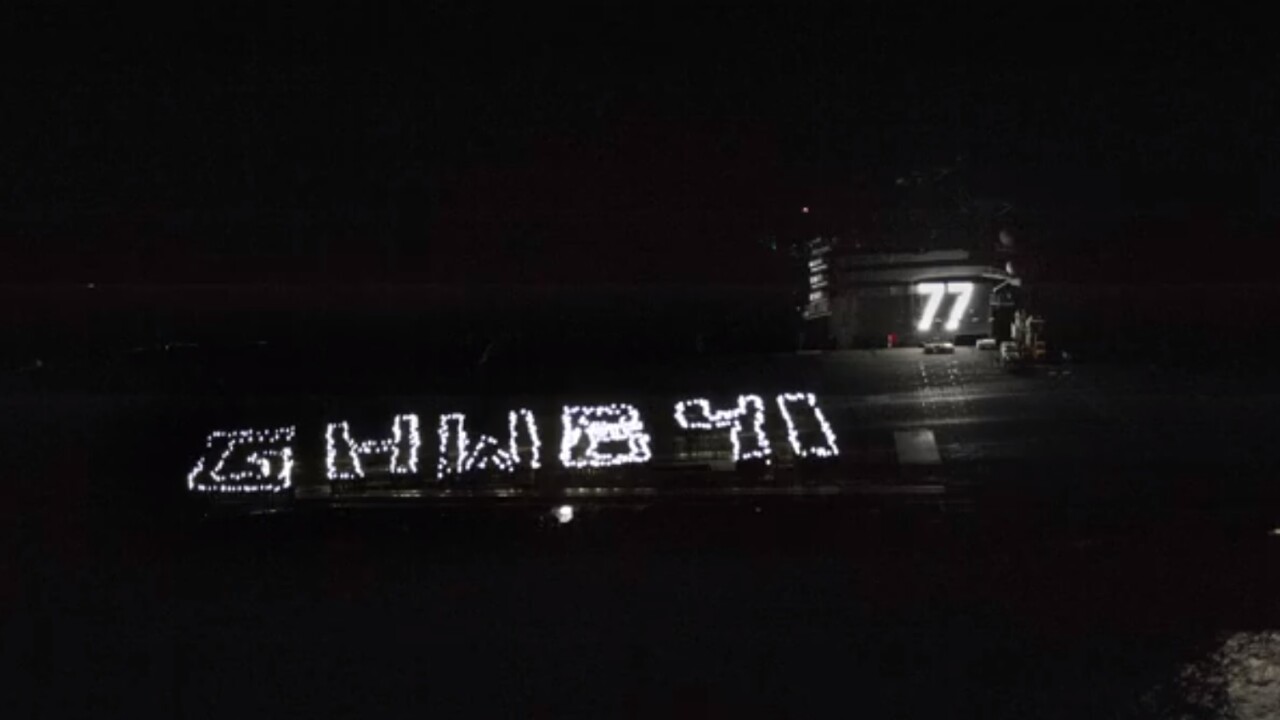 ATLANTIC OCEAN – Sailors on the USS George H.W. Bush (CVN-77) held a flashlight vigil on the flight deck of the ship to celebrate the life of the ship’s namesake.

George H.W. Bush, the 41st President of the United States, passed away in Texas on Friday.

Long before he was President, Bush was one of the youngest Naval Aviators during World War II. He flew dozens of combat missions and his service brought him to Hampton Roads.

You can read more about George H.W. Bush’s service in the Navy and connections to Hampton Roads here.

Watch as the crew line up on the flight deck to spell out ‘GHWB 41’ – his initials and number of his presidency: