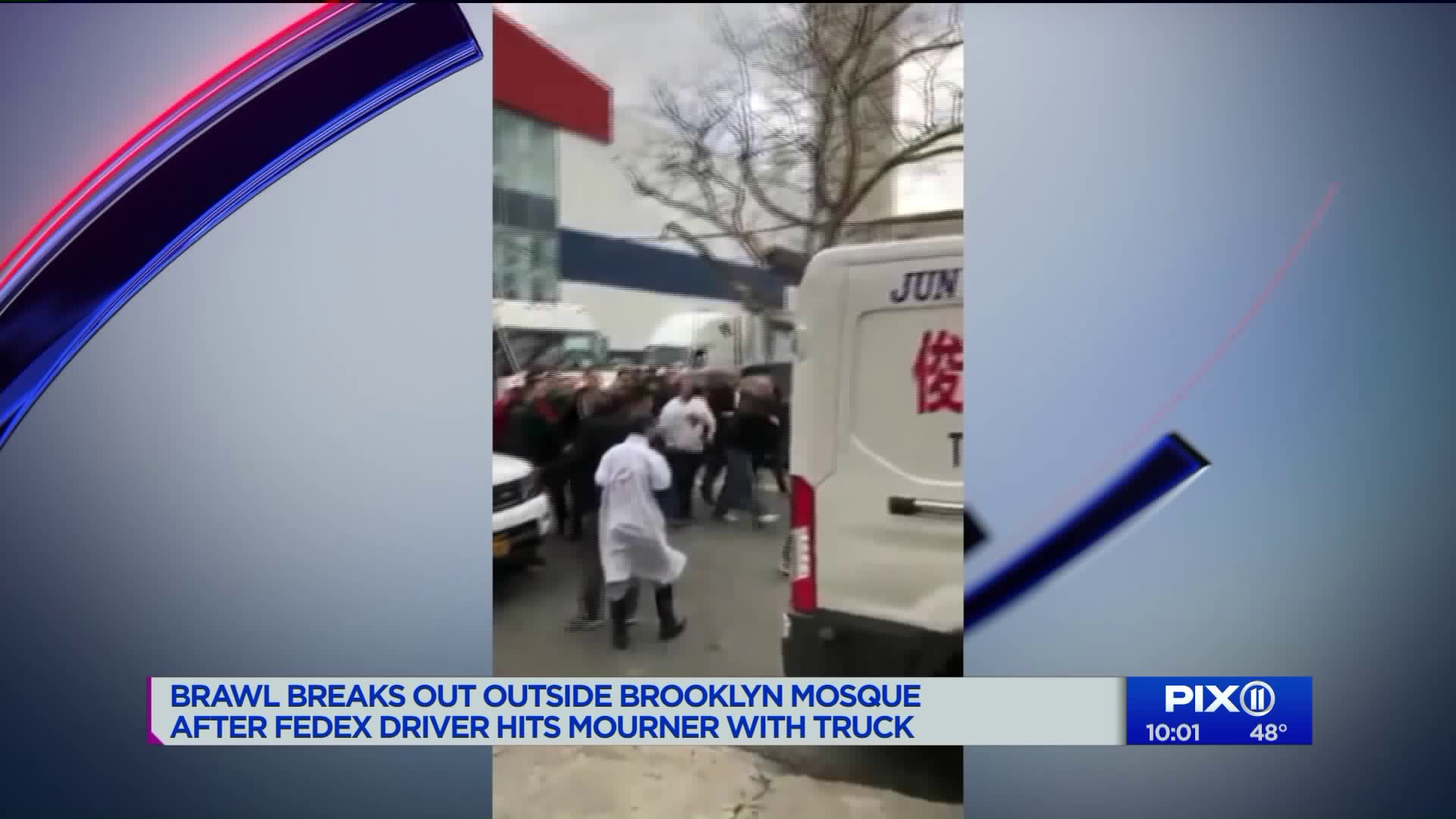 A FedEx driver accidentally clipped one of the pedestrian mourners. The mourners surrounded the truck to prevent it from leaving the scene. Words were exchanged and then it escalated and became physical.

NEW YORK — Emotions were already running high Monday afternoon during a funeral procession outside of a New York City mosque when a FedEx delivery truck seen on cellphone video accidentally clipped one of the pedestrian mourners, according to police.

The mourners outside Beit El-Maqdis Islamic Center in Sunset Park, Brooklyn, surrounded the truck to prevent it from leaving the scene. Words were exchanged and then it escalated.

Deputy Inspector Emmanuel Gonzalez, commanding officer of the NYPD’s 72nd precinct, would not say which party escalated the dispute from verbal to physical, but he said at one point, the FedEx driver, identified as 25-year-old Andrew Blount of Brooklyn, produced a knife and cut one of the mourners on the hand.

Blount's co-worker, 25-year-old Omar Lindsay, allegedly hit someone in the crowd with a fire extinguisher.

One of the mourners, 23-year-old Abdel Hamid Abdelquadus, also of Brooklyn, threw a punch at one of the FedEx employees, police said.

"At this point we have three individuals under arrest – two individuals from the delivery truck and one individual from the mosque," Dep. Inspector Gonzalez said.

Mosque board member Naim Jawad called out the FedEx employees, saying, "As professionals, all they had to do was close the doors, sit in the car and wait  until the police arrived."

"They hit a member," Jawad said. "They hit a congregant and everybody was in a bereavement state of mind."

A FedEx spokesperson issued a statement on the issue:

"We are aware of preliminary reports regarding this disturbing incident and are cooperating with investigating authorities to determine the facts. Until then, further questions should be directed to local law enforcement."