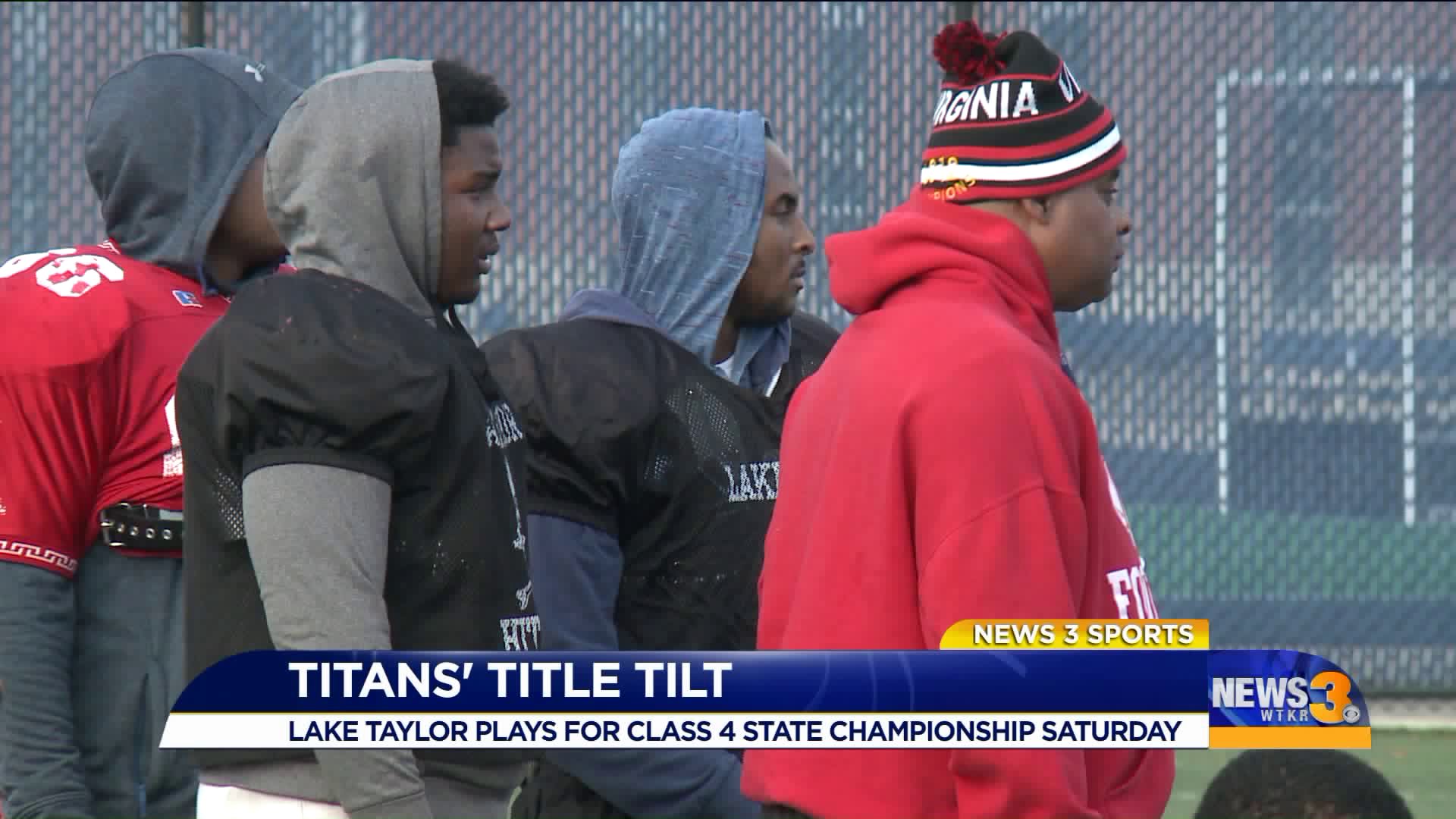 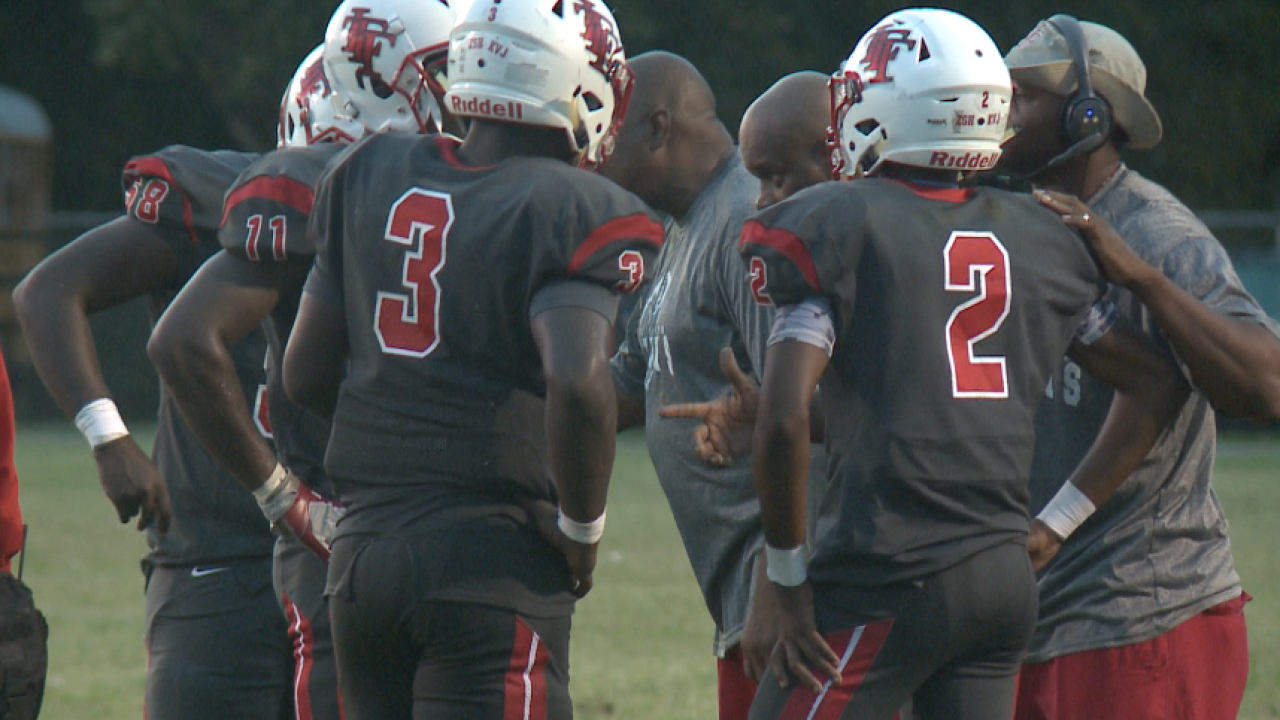 It's a golden opportunity to deliver 'The 757' its first VHSL state football title since 2014, and at Lake Taylor: head coach Hank Sawyer, whose Titans are playing their best football of the season, is not downplaying this chance.

"It could change your life forever," Sawyer explained during a Titans practice Tuesday at Powhatan Field. "You don't want to look back on it and say 'I had an opportunity to play in the state championship game and I didn't take it seriously'. We talk about tradition. We take it real, real serious - because you're not just playing for yourself, you're playing for your families, Lake Taylor nation, alumni, the City of Norfolk."

Since losing to I.C. Norcom, 33-13 October 13th, the Titans are unbeaten - including four playoff victories en route to the Class 4 title tilt.

"It feels great to still be playing," Titans junior linebacker and tight end Ikem Wright admitted. "The Norcom game motivated us. We made some changes on defense and came back stronger."

"Coach just told us to stay focused and keep doing what we've been doing: work hard, practice hard and we will execute in the game," Lake Taylor sophomore Malik Newton said. "I'm very excited. This is my first state championship game in football. I can't wait to get out there and put on for the city."

"It's been in my mind - I can picture it," admitted Titans senior linebacker and offensive lineman Raphel Byrd. "I know I'm going to be more than excited, everybody else too."

Excited for an opportunity that, according to Coach Sawyer - who guided the Titans to championships in 2012 and 2014, could change their lives forever.

The Titans take on Woodgrove Saturday at 4:30 p.m. at Williams Stadium on the campus of Liberty University in Lynchburg.