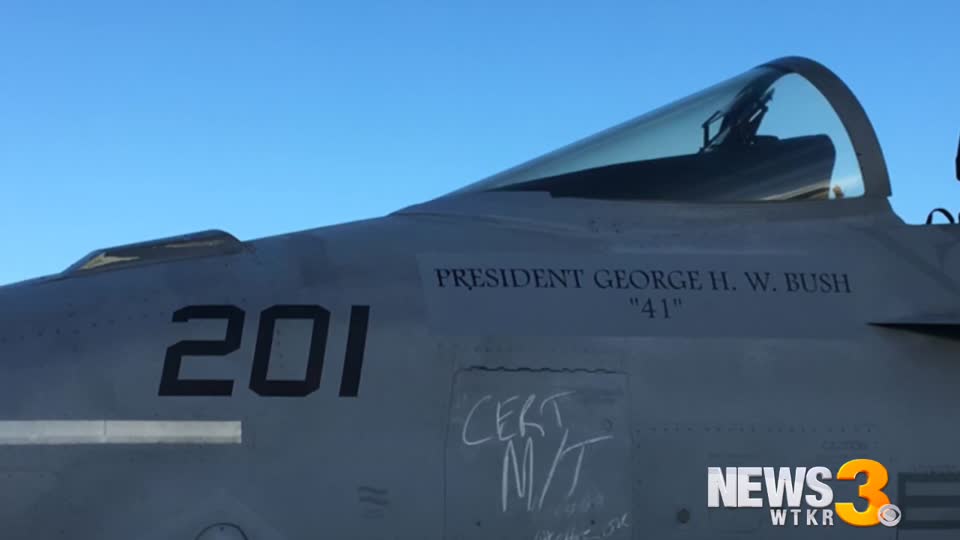 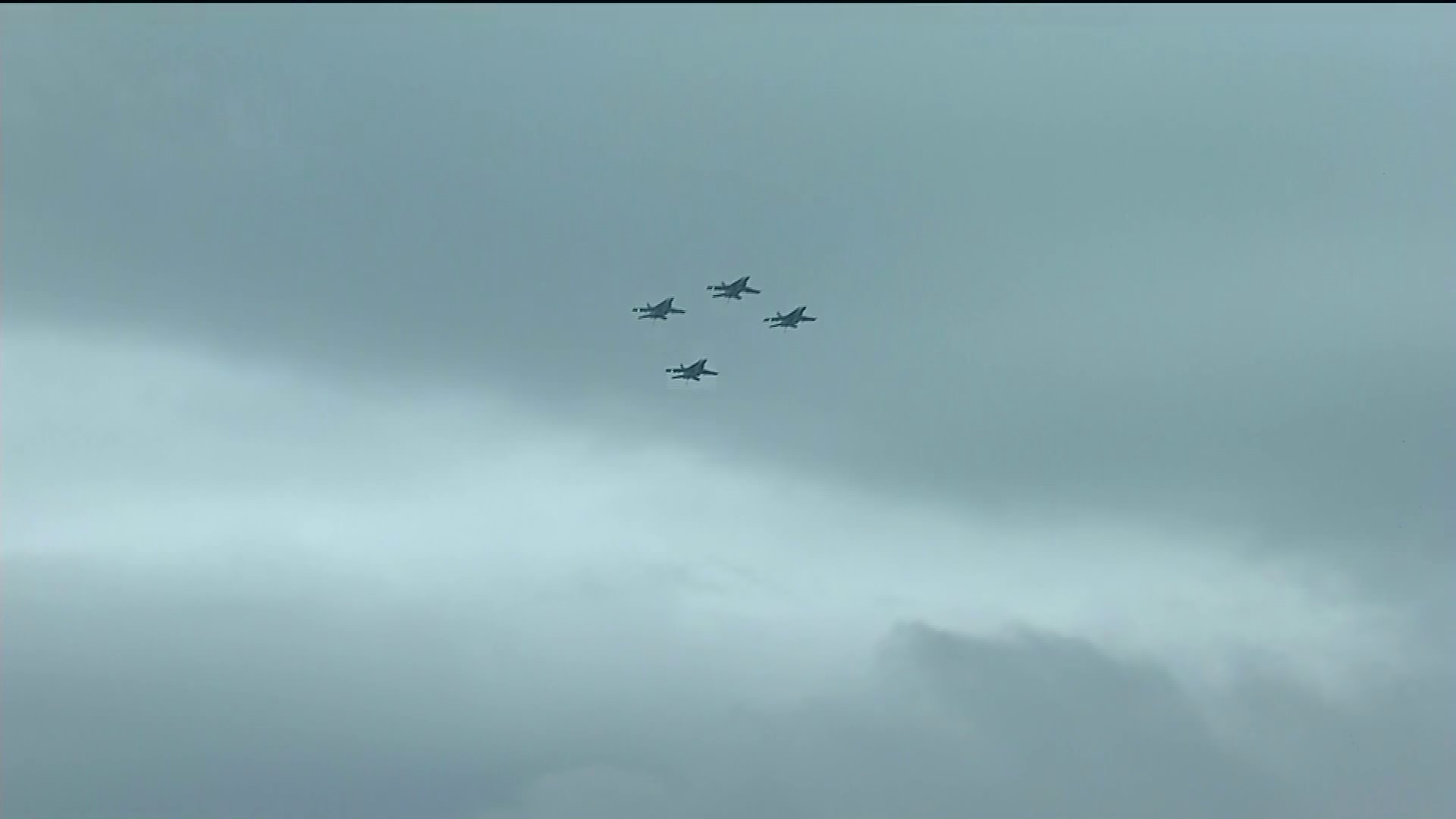 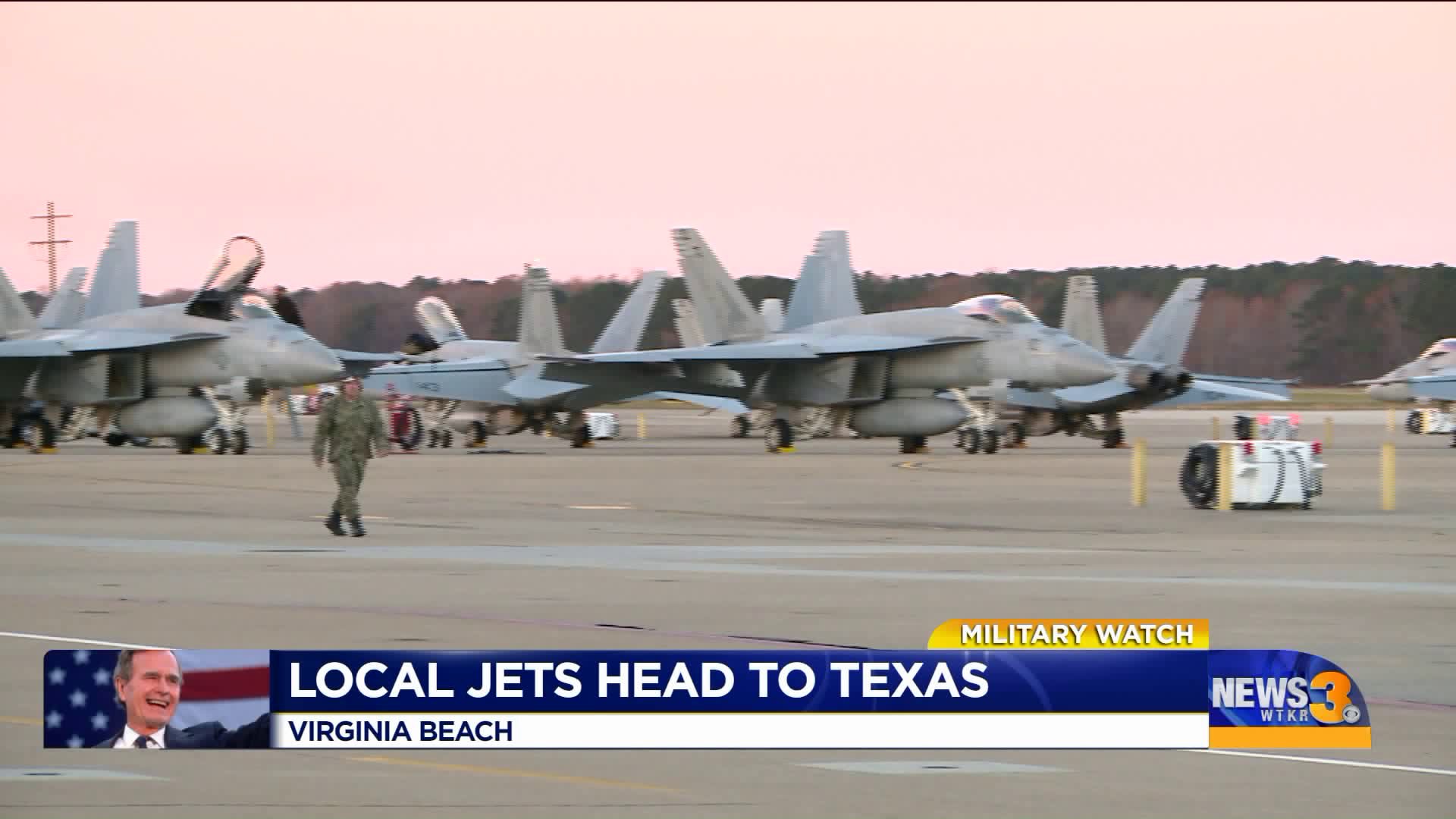 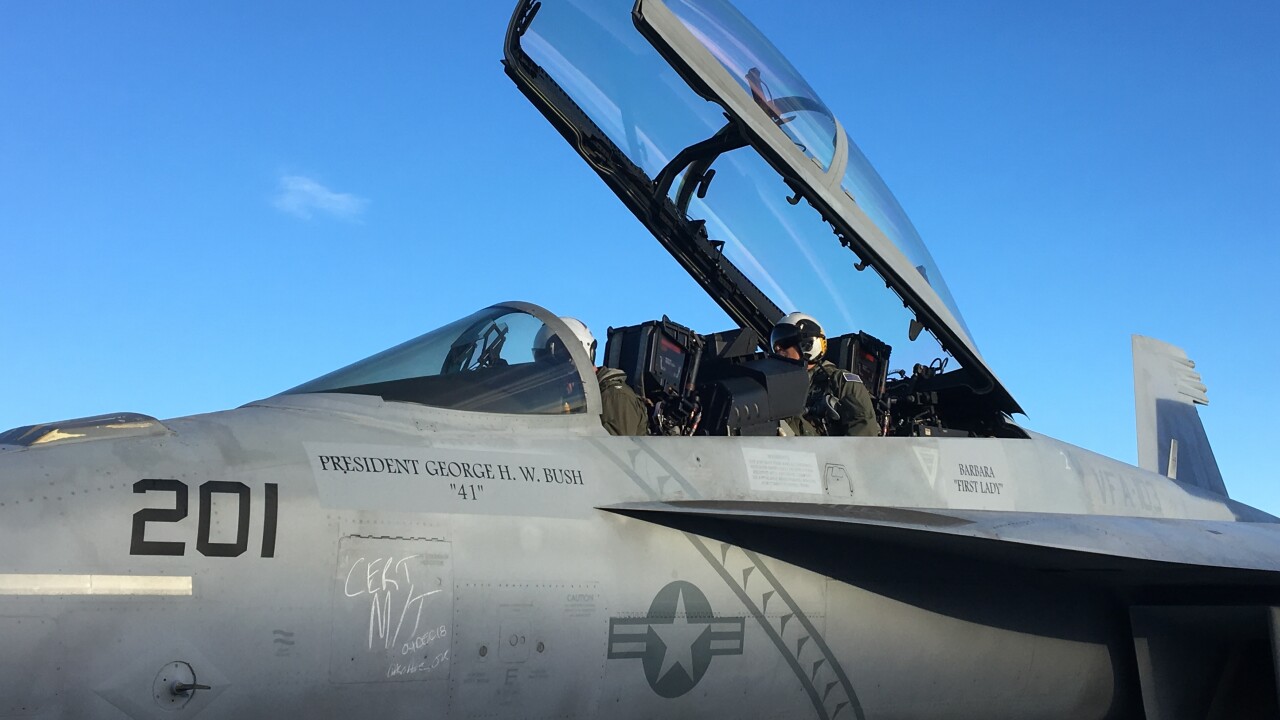 F/A-18 Hornets and Super Hornets from Naval Air Station Oceana left Virginia Beach Tuesday and headed to Texas to perform a 21-aircraft missing man fly-over as part of the funeral services on Thursday.

Captain Kevin McLaughlin, Commodore of Strike Fighter Wing Atlantic, is leading the mission. He joined the Navy during Bush's presidency.

"To be even a small part of this ceremony means a lot to me," he told News 3 anchor Todd Corillo on the flight line Tuesday before departing for Texas.

Bush was 18 when he earned his Wings of Gold, making him one of the youngest Naval Aviators. His 58 combat missions during World War II earned him the Distinguished Flying Cross.

You can read more about George H.W. Bush's service in the Navy and connections to Hampton Roads here.

A traditional missing man fly-over is performed with four jets.

"A missing man fly-over is symbolic of the departure one of the members of our squadron, members of our air wing, and in this case, our Navy," Captain McLaughlin shared.

The fly-over for Bush will be much larger, involving 21 aircraft with good reason.

"Traditional honors for a Head of State is a 21-gun salute. As Texas is landlocked obviously, there is no ability to put a ship near President Bush`s final resting place. The Navy elected to go with a 21-plane flyover which is especially meaningful being that President Bush had been a Naval Aviator," Captain McLaughlin explained.

The jet McLaughlin is flying to Texas has also been specially marked with the name of President Bush and his wife of 73 years, Barbara, painted on the cockpit and backseat.

On the side of the lead jet the Commodore is flying to Texas, Sailors have painted the name of President George H.W. Bush and First Lady Barbara. https://t.co/DTYz7blp0p @WTKR3 @flynavy @CNRMA @USNavy #Remebering41 #POTUS41 pic.twitter.com/GNhoccZsKf

That, coupled with the fly-over, is an honor the Navy says Bush has more than earned.

"[It's] a symbolic final farewell to a great man who left a tremendous legacy of selfless service to his nation and his family behind," Captain McLaughlin said.

The Navy says these squadrons from NAS Oceana will take part in the fly-over that will happen Thursday during the interment ceremony in College Station, Texas: 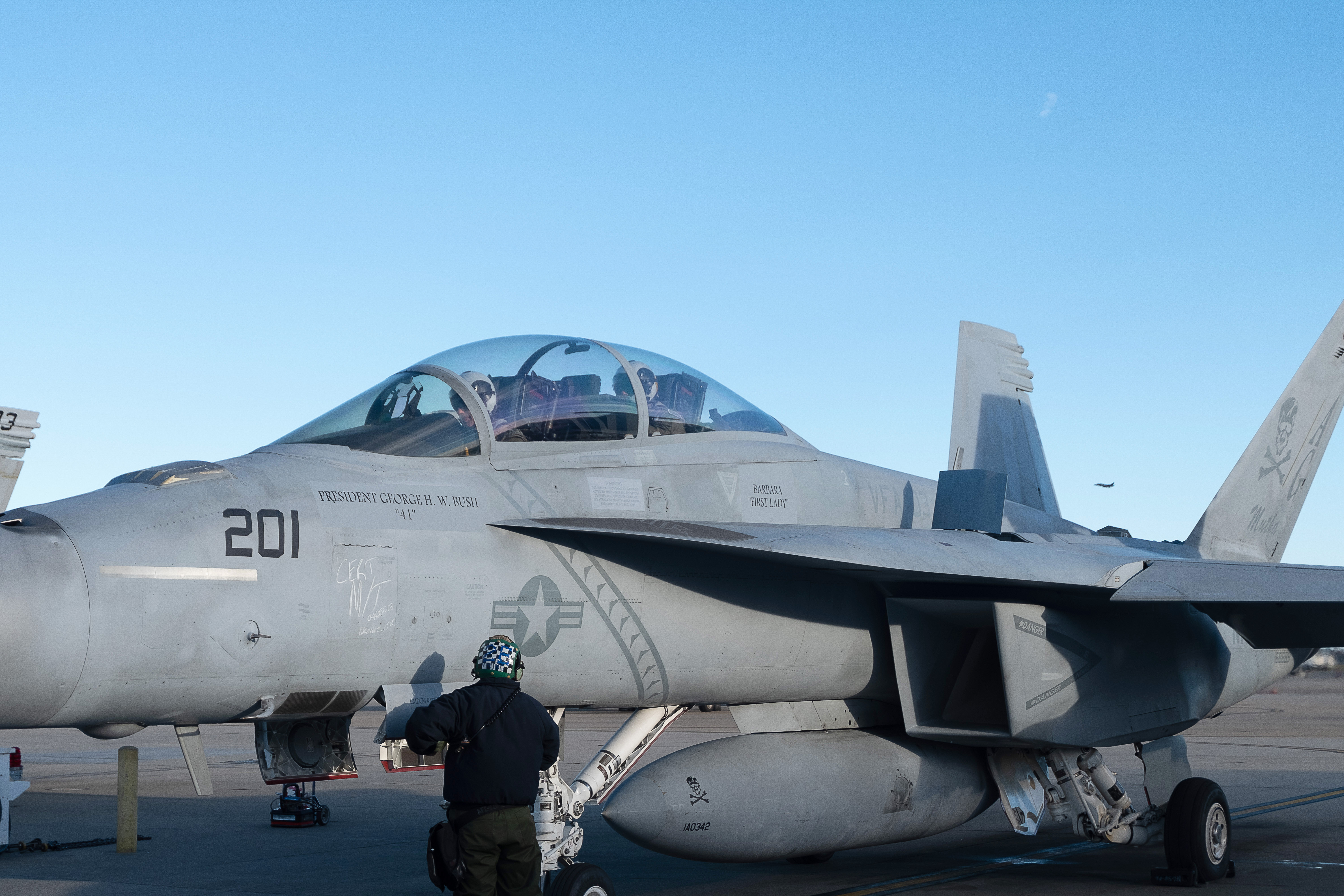