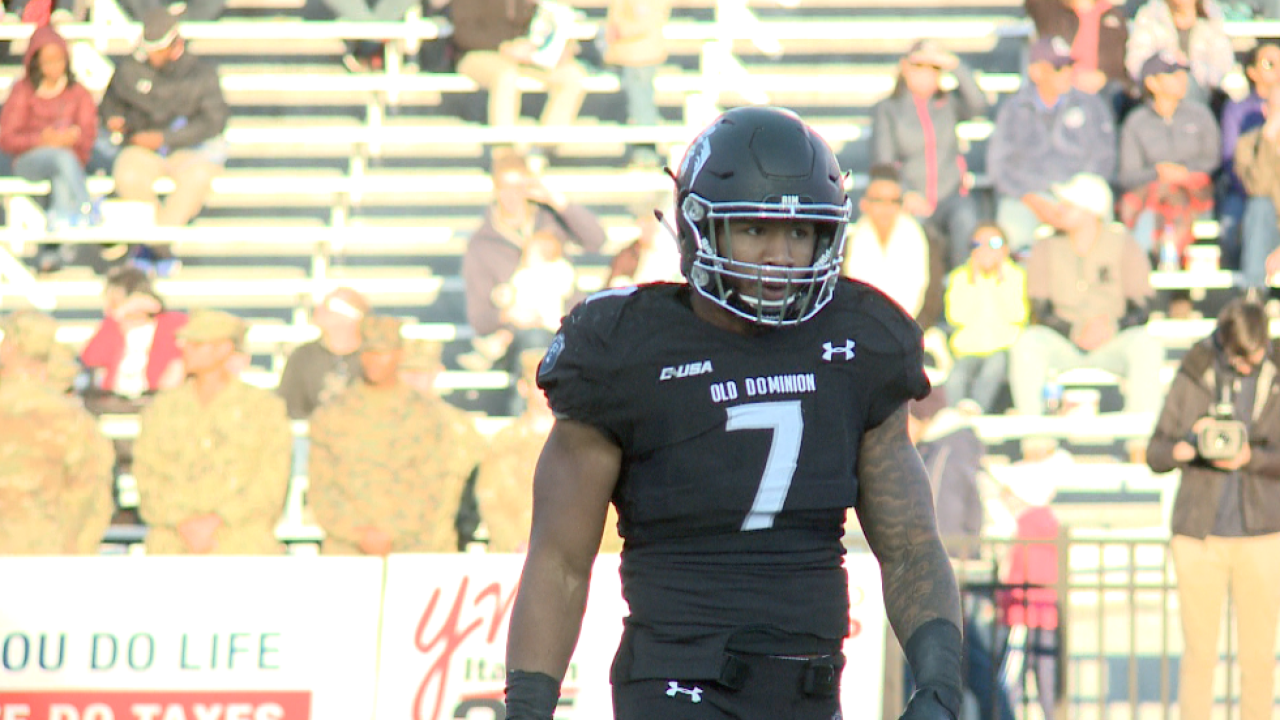 The highly-decorated defensive end for Old Dominion football is projected as a first round pick in the 2019 NFL Draft according to the latest NFL mock draft by Mike Renner of Pro Football Focus. Renner projects Ximines as the 32nd overall pick, going to the Los Angeles Rams.

Renner says in his analysis:

It’s alright, you can say ‘who?’ If you haven’t heard of the Old Dominion edge defender though, you’ll start to more and more in the coming months despite our best efforts at showcasing his ability all season long here. The senior has improved every single year of his career before finishing 2018 with a 91.6 overall grade. He already has a myriad of pass-rushing moves and seemingly won every time he got a one-on-one this past year.

Ximines, headed to the Reeses’ Senior Bowl early next year, started all 12 games at defensive end for the Monarchs in 2018. He broke his own school record with 8.5 sacks and led the team with 14 tackles for loss during his senior season. The Ahoskie, NC (Hertford County High School) native added 44 tackles and tied ODU’s single-season record with four forced fumbles.