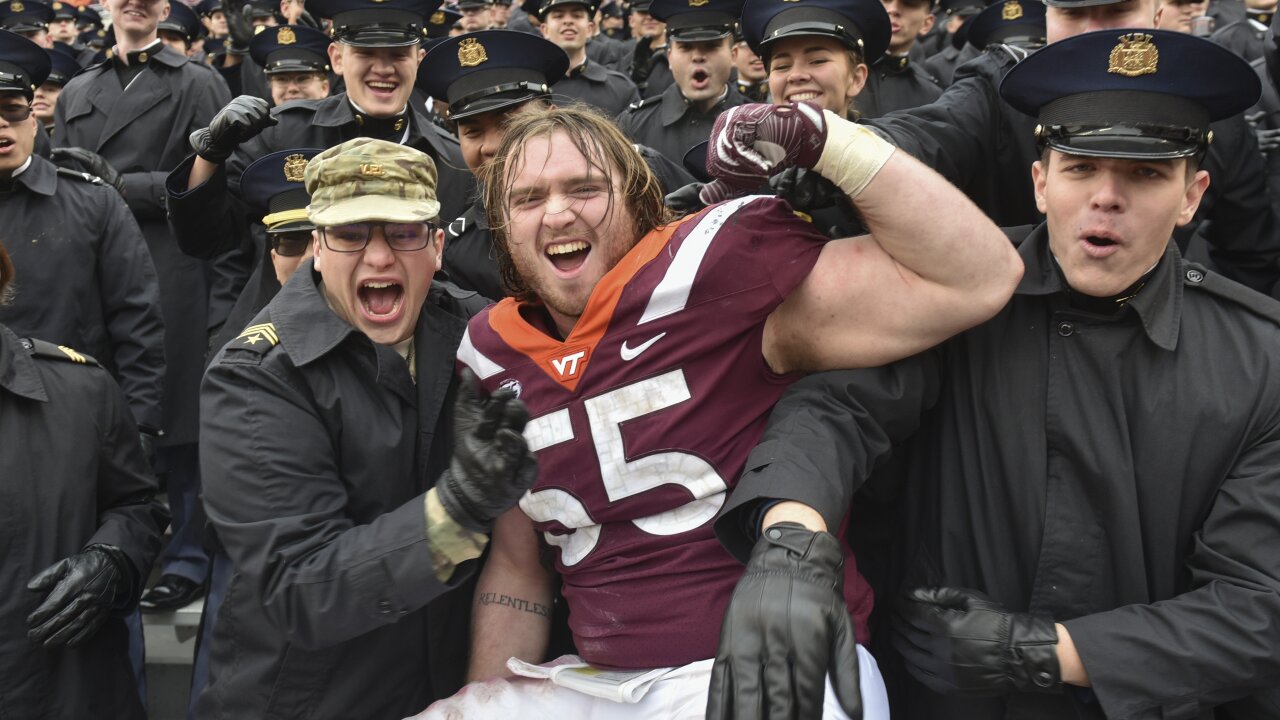 Virginia Tech with a Corp of cadets. (Photo by Michael Shroyer/Getty Images)

BLACKSBURG, Va. (HokieSports.com) – Head coach Justin Fuente has guided the Hokies to a 26th consecutive bowl appearance as Virginia Tech (6-6) will face Cincinnati (10-2) in the Military Bowl at 12 p.m. ET on Monday, Dec. 31 in Annapolis, Md.

Virginia Tech with a Corp of cadets. (Photo by Michael Shroyer/Getty Images)

The contest will be played at Navy-Marine Corps Memorial Stadium and will mark Tech’s second appearance in the Military Bowl. The game will mark a rematch of the 2014 Military Bowl when the Hokies downed Cincinnati by a 33-17 margin.

This year’s Military Bowl contest will mark the 12th meeting between Virginia Tech and Cincinnati. The Hokies own a 6-5 record in their 11 previous games against the Bearcats, including a 20-7 win in the 2009 Orange Bowl. The two teams also met in Tech’s initial bowl appearance, the 1946 Sun Bowl.

“Our team has battled to earn an opportunity to compete in the Military Bowl against Cincinnati,” Fuente said. “Knowing the strong alumni base we have in the Capital Region and in Northern Virginia, I’m excited about the possibility of so many Tech fans being able to join us for this game. We’d obviously love to send our seniors out on a winning note and conclude the season with a victory.”

Tickets are on sale now and can be purchased through the Virginia Tech Athletics Ticket Office: BOWL TICKETS

“It’s our privilege to represent Virginia Tech and the Atlantic Coast Conference in the Military Bowl,” Director of Athletics Whit Babcock said. “The opportunity to bring our football team to a region that is home to so many Virginia Tech fans and alums was very appealing to us. We are anticipating an exciting week in the Capital Region. I know Coach Fuente and our team are looking forward to the challenge of competing against Cincinnati.