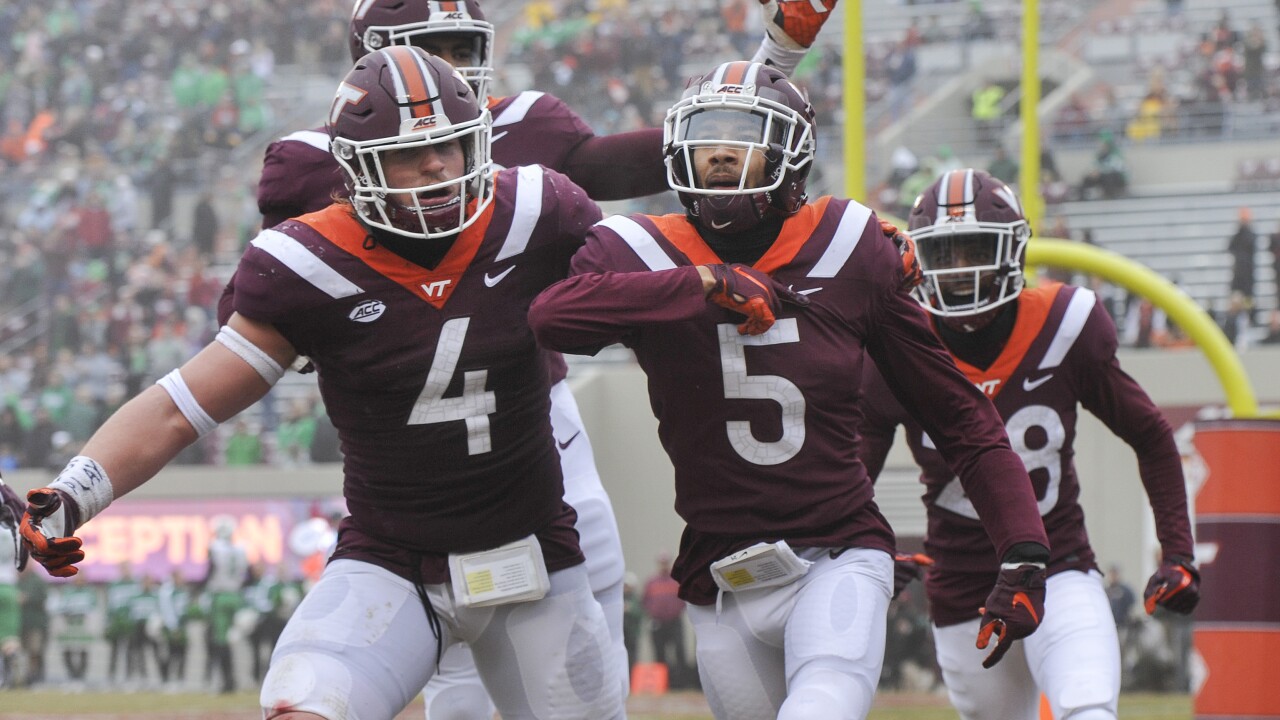 With the win, the Hokies moved to 6-6 overall on the season and became bowl eligible for the 26th consecutive year. Marshall, which has lost to Virginia Tech nine consecutive times, fell to 8-4.

The game served as a makeup game for both schools because of the effects of Hurricane Florence in mid-September. Virginia Tech’s game against East Carolina and Marshall’s game against South Carolina, both scheduled for Sept. 15, were canceled.

The Hokies, who have won two straight to close the regular season, got started quickly against the Thundering Herd, as defensive tackle Ricky Walker forced Marshall quarterback Isaiah Green to fumble on Marshall’s first play from scrimmage, and Tech’s TyJuan Garbutt recovered. That play ultimately led to a field goal by Brian Johnson, and the Hokies never trailed.

Willis threw four touchdown passes in the first half to four different receivers. He tossed a 46-yard touchdown pass to Hezekiah Grimsley that gave the Hokies a 10-0 lead, and after Marshall scored on the final play of the first quarter, Willis dominated the second period, throwing touchdown passes of 45 yards to Tre Turner, 7 yards to Steven Peoples and 32 yards to Eric Kumah. The Hokies led 31-6 at the break.

Willis completed 18 of 26 for 312 yards, with four touchdowns. The Hokies finished with 454 total yards.