50 years after her adoption, a Virginia mom works to give other kids forever homes 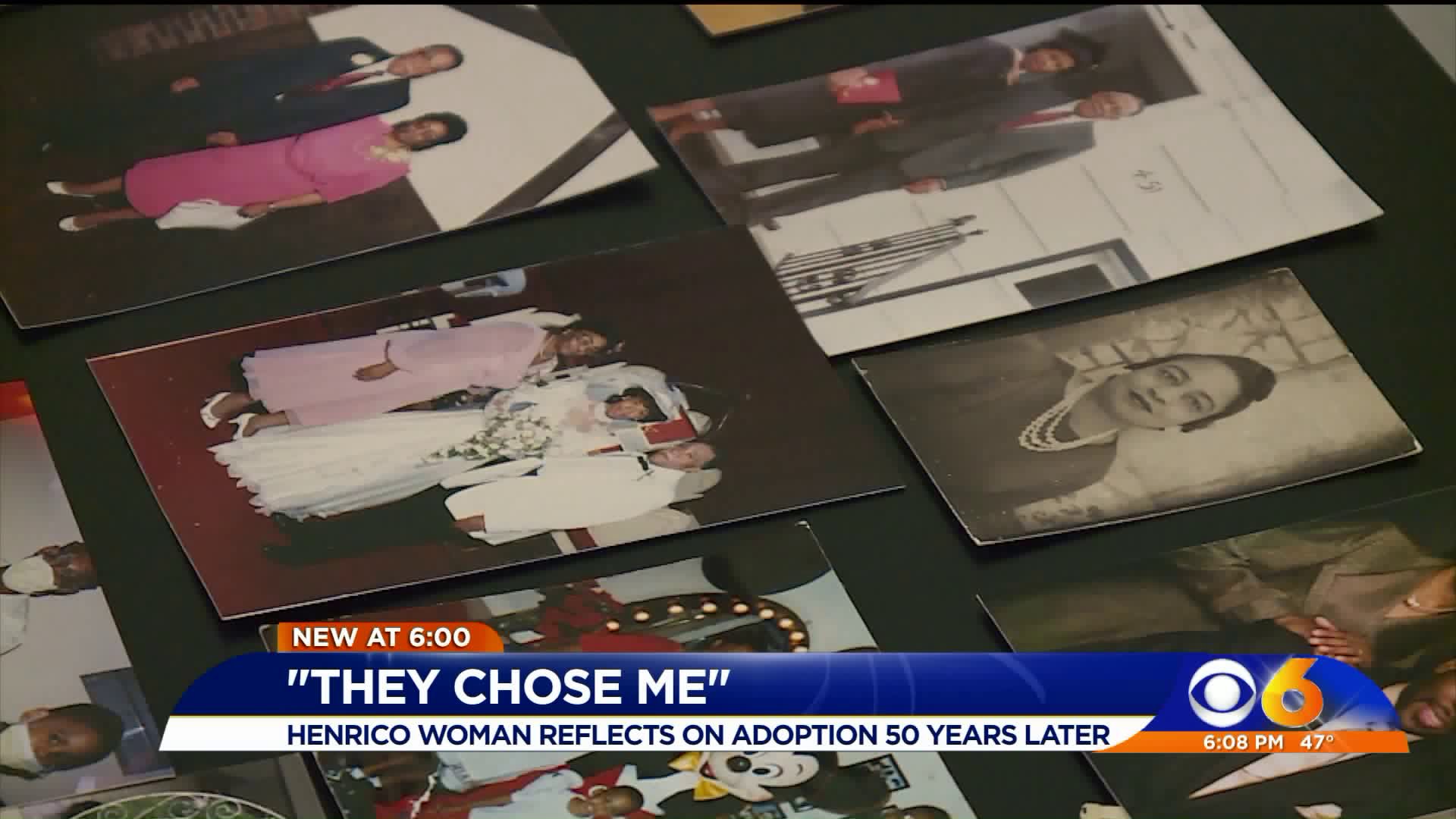 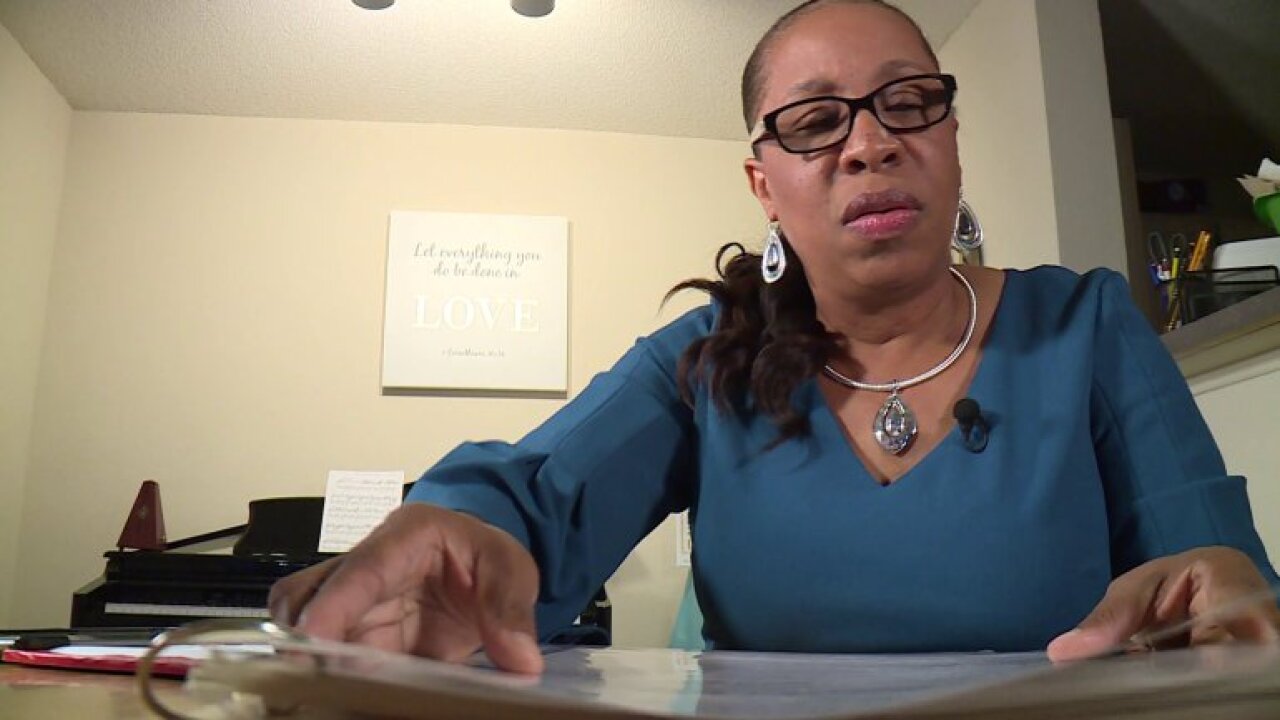 HENRICO COUNTY, Va. -- Few things give Amy Feaster as much joy as looking through family photos.

"My dad, he was the best- I mean he was a quiet man, a lovable man," she said upon seeing a picture of her father.

"I don't know how old she was at that time," Feaster said of her mother.

Warm memories of her late, loving parents came back quickly.

"That’s their 50th wedding anniversary, I remember that; it was wonderful."

A picture of her old family home brought a delighted chuckle.

"It's the house I grew up in. The house I got married, went to high school, everything," she recalled.

Then there’s her immediate family. A big smile came across her face upon finding a picture after the birth of her fourth child, another boy.

"That's my four boys, that was the last one. We had such a ball," she said.

The 53-year-old Henrico bank administrator knows she's lucky to have such a strong foundation provided by devoted parents.

"They taught me how to appreciate other people, to love other people and not to look down on others that are different," Feaster said during a recent interview at her Henrico apartment.

But 50 years ago, that future stability was far from certain. Feaster learned when she was in junior high school, that she was adopted. It was a jolt, but she says it only made the love she felt for her parents, grow.

"They adopted me to make a difference for other children,” she said. “And it did, it started the whole process. It revolutionized the adoption process."

Feaster had been adopted when she was two, after her biological mother, who already had five other children, was unable to care for the toddler. But the process of just how her parents first saw little Amy was brand new in 1968. A videotape was a new technology at the time and using it to show prospective parents available children was a big step in expanding the pool of potential family-child matches.

"They filmed me playing with the ball, just doing things, playing and everything, which they sent to the social worker in Buffalo,” Feaster said. “And then she put it in the machine and they watched it. My parents sat there, and they watched me playing, and then my mother was like, ‘That’s the child I want. That’s just what the doctor ordered.’"

Its novelty led to a segment on CBS News and a story in Time Magazine, which Feaster has kept all these years.

But when she was much older, Feaster learned that there were doubts at the time whether any family would be able to choose her. She needed corrective surgery.

But despite that unlikely beginning, Feaster has only known a family full of love and stability. Now a half-century later, she has created the Garrett Gift for Adoption Foundation to honor her parents, Isabel and Joseph Garrett, by helping support families who are trying to bring children into forever homes.

"I’ve just admired them, for how I was chosen,” Feaster said. “They selected me, because my parents always wanted a child, and they wanted a daughter, so I was that daughter that they never had. That’s why I started my foundation to honor them. Because they really raised me wonderfully and they opened so many doors for other children."

The foundation helps families pay for a home studies and lawyers’ fees, among other expenses, which can make adoption challenging for some families. Sometimes it will even help get a child new clothes.

Isabel and Joseph Garrett were in their early 50’s when they adopted Feaster. They died three decades later as doting grandparents, within a year of each other, long after experiencing the joy Feaster had found in a stable marriage and as a mother to four boys.

Feaster says not long after their deaths, she worked to track down her biological mother, whom she says, she had always wondered about. It took some time, but she found her, and eventually arranged to meet her, and her five siblings.

“She was very emotional about it,” Feaster said. “She felt sorry, for what she did. And I let her know that I was there not to pass judgment, but to thank her for what she did. That if she ever wondered how I came out, I had a wonderful life: a wonderful husband, kids, went to school and made a difference in other people’s lives. I’m doing good and I just wanted to thank her.”

Feaster says that gratitude came from recognizing that her adoptive parents – her parents- were able to give her a life full of gifts she likely never would have had otherwise.

Feaster hopes anyone hearing or seeing her story will consider opening their home to a child who she says deserves the same love and sense of belonging that she’s always known. The key, Feaster says, is to listen to your heart.

If you would like to donate to Feaster and the Garrett Gift for Adoption Foundation to help families trying to adopt children looking for their forever home, click here.