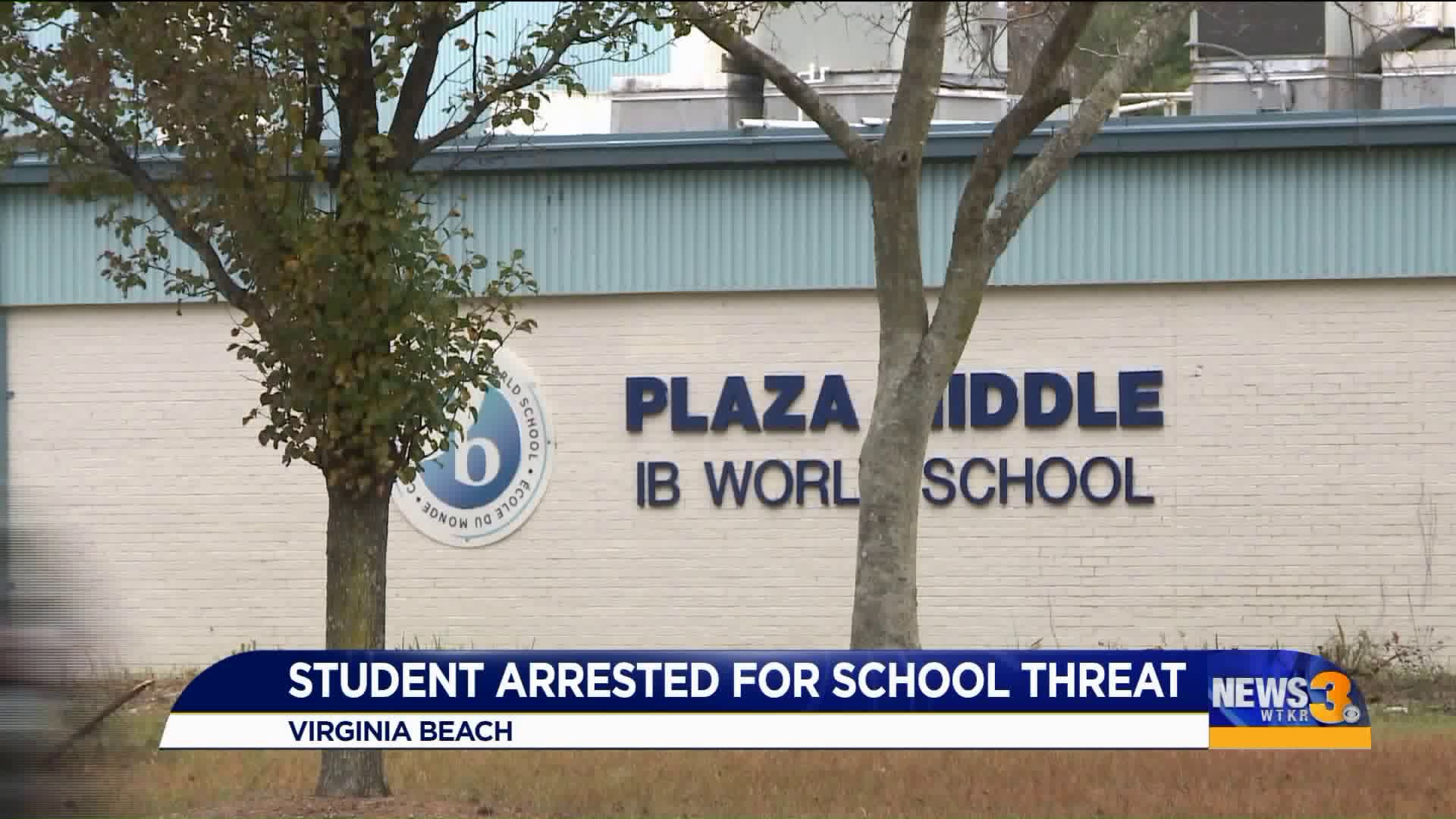 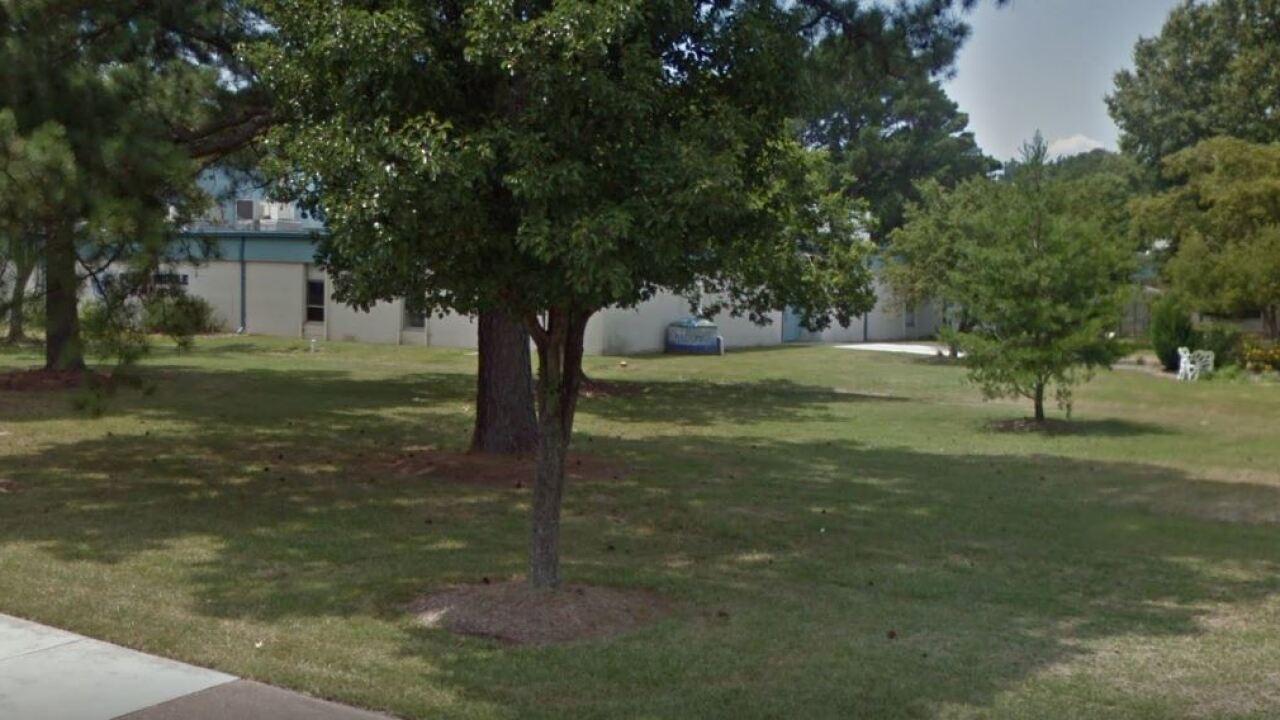 VIRGINIA BEACH, Va. - A student is in police custody after a threat was made against Plaza Middle School.

Parents got messages from the school saying two students reported a threat made on social media on Wednesday. They got another message Thursday saying the student believed to be responsible for the threat was in custody.

Police later said the School Resource Officer was able to determine who sent the message.  Authorities spoke to the female student, who is under the age of 13, as well as her parents.

She was charged with Threaten Bodily Harm, Threat to Bomb and False Report. The student was then taken to the Juvenile Detention Center.

Here are the messages parents received about the incident:

"Good evening, Plaza families. This is Mrs. Price and I am calling you tonight to share that the student responsible for yesterday’s threats has been identified and is in police custody. Parents, this is another example of how seriously we take threats. Not only could students face school discipline (including up to expulsion) they will also have potential legal ramifications for their actions. Thank you for your understanding and for your continued support of Plaza Middle. Thank you."

"Good evening, families. This is Principal Debbie Price. I wanted to take a moment to send another update on our school operations. Unfortunately, today, two students have come forward to again report seeing a threat made against our school on social media. While police are searching for the student responsible, they have again shared there is no evidence to substantiate a threat against our school. Please know we will have police here throughout the week as a precaution and as a reassurance to students, but, parents, I am calling on you to talk to your children about the importance of good decision making. Making threats, even as a joke, will lead to serious consequences, including here at school and potential criminal charges. Together, we need to work to stop these senseless threats from further disrupting our school day. Thank you for your understanding and support of Plaza Middle."