ODU closed Thursday due to bomb threat, all clear given 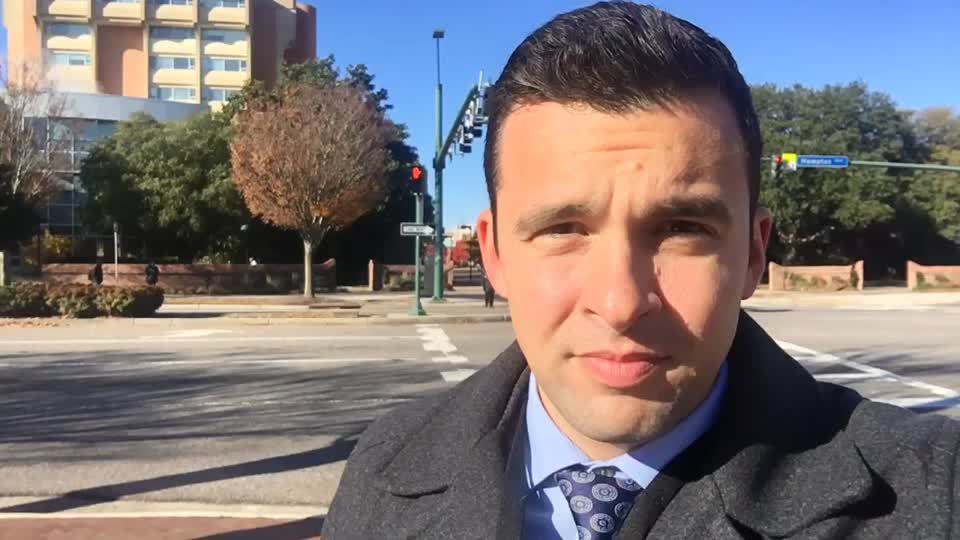 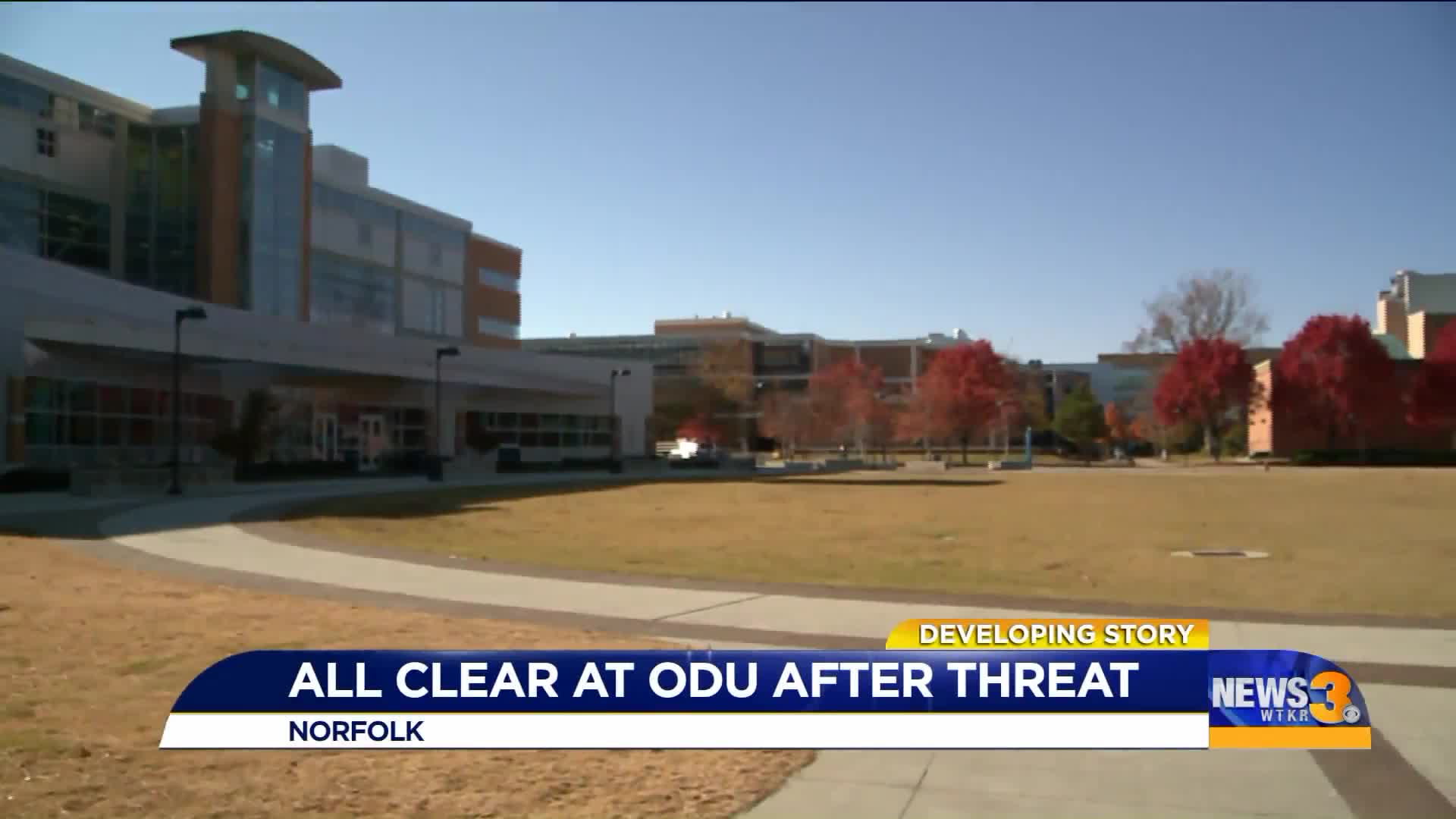 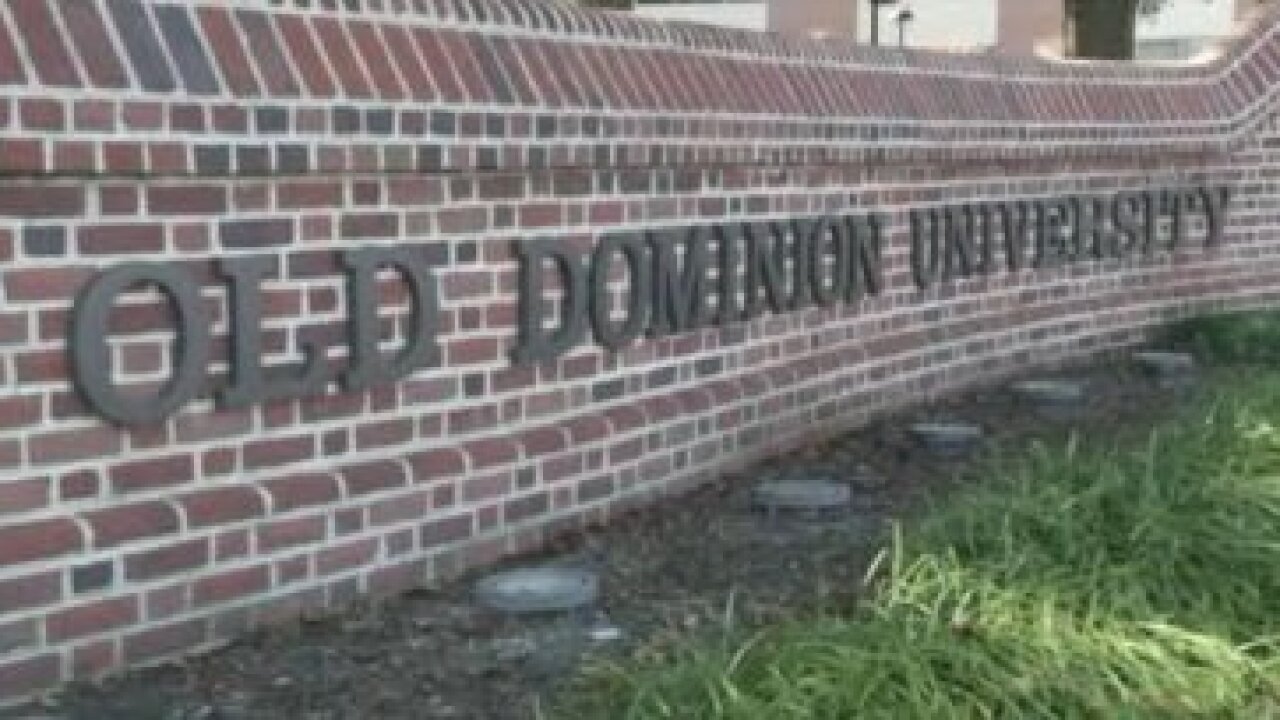 ODU Police said they received an anonymous report of the threat in the early-morning hours.

The university initially announced campus would be closed until 10 a.m., but in a 9:30 a.m. update extended the closure to the entire day. The university said ODU Police Chief Rhonda Harris enacted a crisis and emergency management plan and University officials were following all emergency protocols.

"In an abundance of caution, the Norfolk campus will be closed for the remainder of the day. During this time, all classes and activities are canceled. Offices and buildings—including libraries, dining facilities, Webb Center and the Student Recreation Center—will remain closed," said ODU in a statement.

Students living in on-campus housing were asked to remain in their secured residence halls and the university made arrangements to deliver food to them. Staff members were asked not to report to campus.

“There are a lot of places you could hide something like [a bomb] around here so it’s kind of scary," said Sam Rogers, a senior, who says he drove an hour and 20 minutes to campus before finding out classes were canceled.

In addition to classes, the university said all activities were canceled. This included an 11 a.m. women's basketball game against Longwood University and a wrestling match against N.C. State.

Norfolk Public Schools told News 3 more than 5,000 fourth and fifth graders were scheduled to attend the basketball game as part of NPS Education Day, which will have to be rescheduled.

With finals a couple of weeks away, students told News 3 the closure is inconvenient, but they understand it's all to keep them safe.

“I’m gonna miss class today. It’s gonna be hard because we actually have a paper we have to write about stuff we’re learning today so it’s a little annoying, but you gotta do what you gotta do," said Nicole Taylor, a senior Psychology major.

On Friday ODU President Broderick released a letter about the investigation. In part he said, "I know this caused inconvenience and worry for students, families and employees. But the safety of our community will always be our No. 1 priority, and we must take all threats seriously. Unfortunately, college campuses are not immune to the dangers facing society. Earlier this week, Texas Southern University evacuated its campus after a similar bomb threat."

If you have any information that would be helpful to this investigation, please contact the University Police Department at 757-683-4000 or via the LiveSafe app, which you can download free of charge.

More information will be provided when it becomes available by law enforcement and ODU officials.