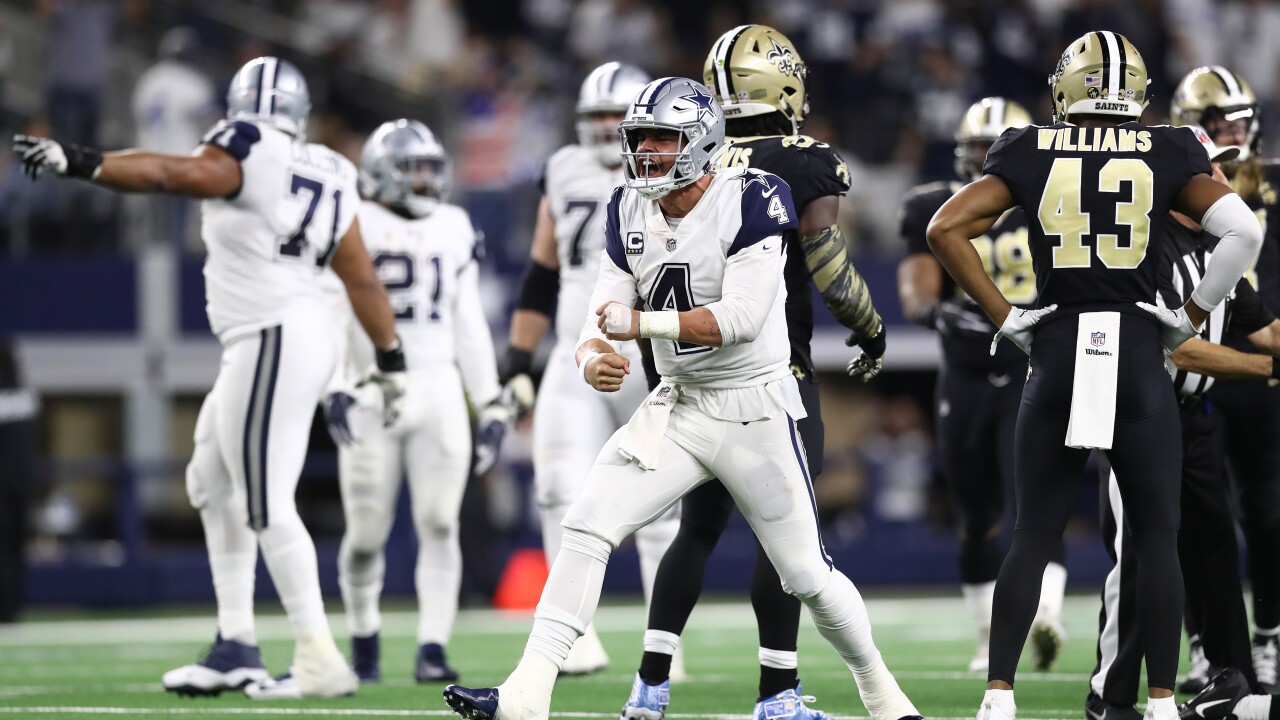 Drew Brees of the New Orleans Saints looks to pass against the Dallas Cowboys. (Photo by Ronald Martinez/Getty Images)

ARLINGTON, Texas – This ‘Saint’ what we expected to see from the high-scoring Who Dats.

Thursday, a dominant Dallas defense corralled Drew Brees and the New Orleans Saints in a 13-10 victory at AT&T Stadium. The Saints (10-and-2) entered the game with the NFL’s highest-scoring offense.

Cowboys quarterback Dak Prescott completed 24-of-28 passes for 248 yards and a touchdown pass. Brees, an MVP candidate, was limited to 18-of-28 passing for 127 yards, one TD and an interception.

The Cowboys (7-and-5) limit New Orleans to just 3.6 yards per play, sacking Brees twice and forcing the interception. With the victory, Dallas moves into sole possession of first place in the NFC East division. The Redskins (6-and-5), one-half game behind the Cowboys, play at the Eagles (5-and-6) Monday night.