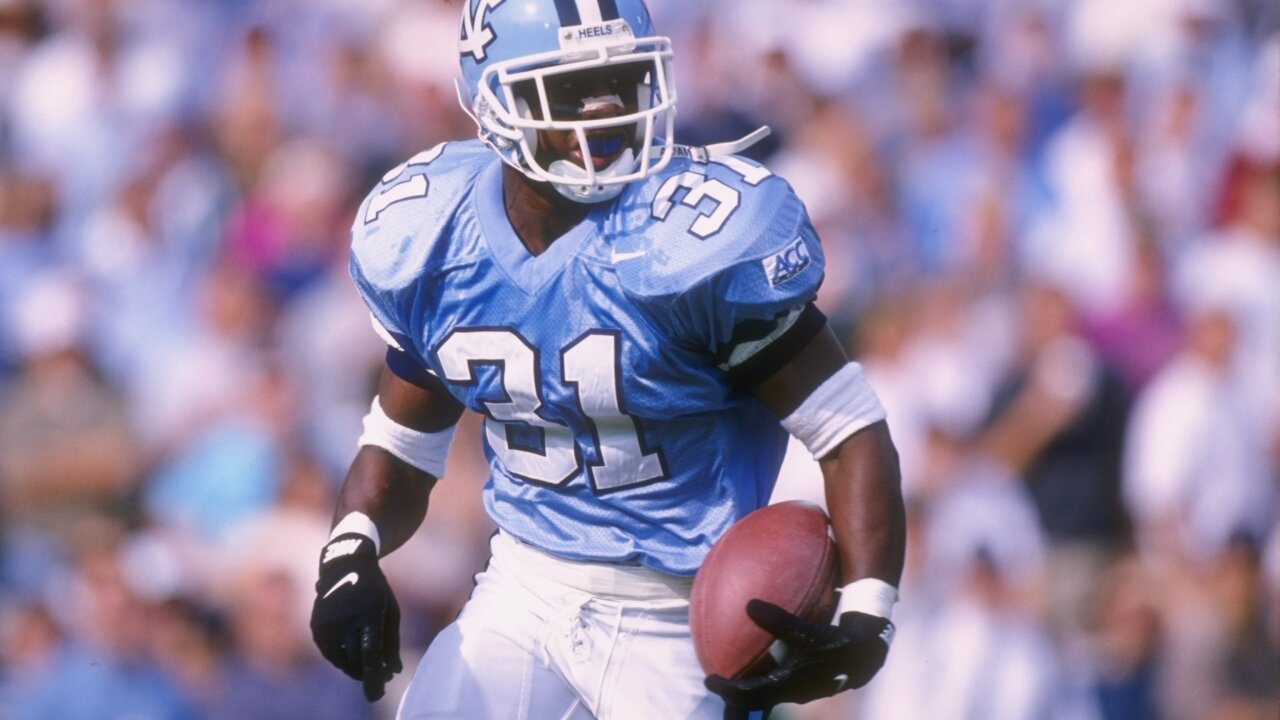 Defensvie back Dre’ Bly of the North Carolina Tar Heels.

CHAPEL HILL, NC – Dré Bly is back with Mack.

According to a report from FootballScoop.com and InsideCarolina.com, Chesapeake native Dré Bly will return to his alma mater and serve as North Carolina’s cornerbacks coach. Tuesday, the Tar Heels hired Mack Brown, Bly’s college coach at UNC in 1996 and 1997, as head football coach. Brown served as UNC’s bench boss from 1988-1997, winning 69 games for the Heels.

Bly had an incredible career in Chapel Hill from 1996-98, helping lead the Tar Heels to back-to-back Top 10 finishes and three consecutive bowl victories. The Western Branch High School alumnus is the only player in Atlantic Coast Conference history to earn first-team All-America honors in his first three seasons.

Defensvie back Dre’ Bly of the North Carolina Tar Heels.

As a redshirt freshman, Bly a member of the Virginia Sports Hall of Fame and College Football Hall of Fame, led the nation with 11 interceptions. He ended his NCAA career with 20 interceptions, and was drafted in the second round of the 1999 NFL Draft by the St. Louis Rams.

During his 11-year NFL career, Bly finished with 43 interceptions, 420 tackles, seven defensive touchdowns and was a two-time Pro Bowl selection. He was inducted into the College Football Hall of Fame in 2014.

At North Carolina, sources tell FootballScoop Greg Robinson will call the D and coach LBs… #DreBly in the house & ….https://t.co/ihqsKxbkqQ