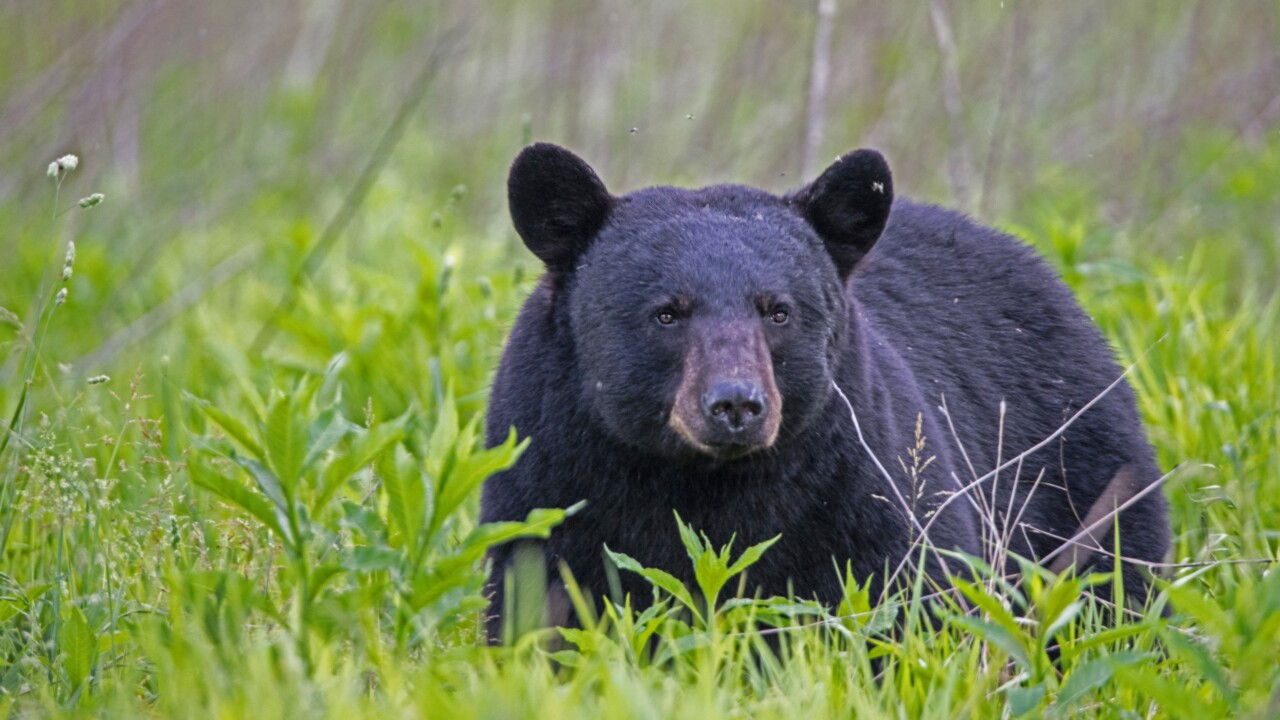 The man was convicted on November 7. DGIF said the calls had been coming from a small area of Warren County.

Conservation Police Officers were able to secure a search warrant for the property after reviewing the evidence concerning the illegal feeding. Authorities say the man had a privacy fence built to block the view from the road, which hindered law enforcement efforts for years.

The man told DGIF staff that the had been spending more than $10,000 annually on food for the bears in order to keep them safe from poachers and help the “sick and injured” ones.

DGIF said for a decade, a Warren County resident had been purposely feeding – and thereby, conditioning – bears to human food sources on his property.  As a result, the food-conditioned bears caused thousands of dollars of property damage to nearby homes and prompted numerous visits by CPOs and the District Biologist as well as bear trapping and removal efforts.

Neighbors had been reporting vehicle and home damage, bears looking in windows, bears that stayed around the homes and injuries to pets. Bears with visible symptoms of sarcoptic mange, a condition caused by mites, were also detected on the property, which DGIF says is very close to an area that had a mange outbreak earlier in 2018.

Three CPOs and the Black Bear Project Leader attended the day in court, which was prosecuted by the Assistant Commonwealth Attorney for Warren County. The man was convicted of a Class 3 Misdemeanor – the highest charge permitted by law – and was ordered to pay a $500 fine.