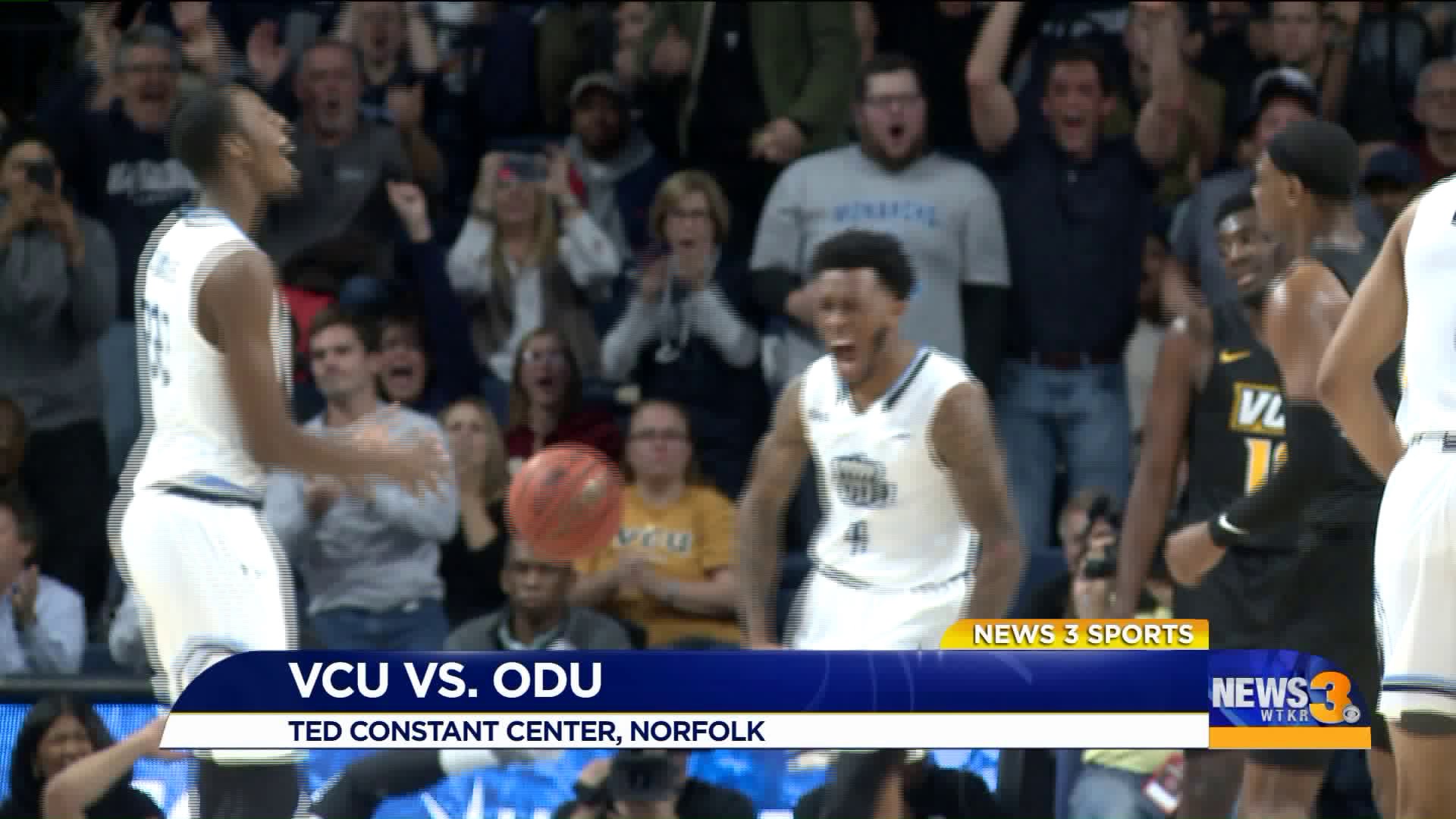 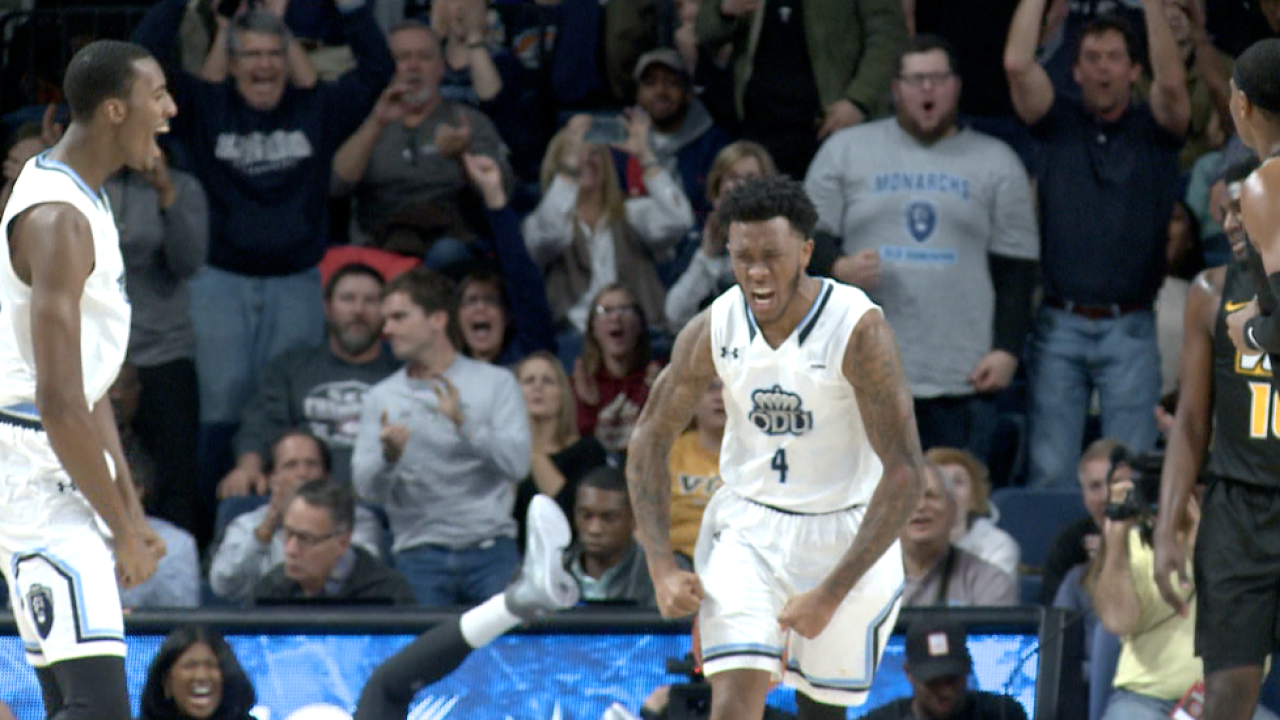 NORFOLK, Va. (ODU Athletics) - In a game that the Monarchs trailed by as many 17, the Old Dominion men’s basketball team (4-3) completed the comeback over VCU (5-2) by a 62-52 score on Wednesday night at the Ted Constant Convocation Center.

Ahmad Caver flexes after a dunk.

“We had to take it possession by possession,” said ODU head coach Jeff Jones. “We never quit and were able to fight, scratch and claw our way back from the 17-point deficit. When things got hard, we didn’t blink and kept pushing forward.”

ODU started the second half on a 34-17 run to claim a 54-49 lead with 4:13 remaining in regulation. Two Marcus Evans free-throws cut the Rams deficit to three, 54-51, at the 3:14 mark. The Monarchs would then outscore VCU 8-1 to close out the contest en route to a ten-point victory on Wednesday night at the Ted.

B.J. Stith poured in a game-high 21 points to go along with five rebounds, two steals, one assist and one block. Ahmad Caver followed with 13 points, five rebounds, four assists and one block. Xavier Green finished with nine points, six rebounds and two assists. Jason Wade chipped in seven points, seven rebounds, one block and one steal.

Wednesday night marked the 94th all-time meeting between the two schools. Old Dominion and VCU have played each other every year since the 1977-78 season.

Old Dominion will be back in action on Saturday, Dec. 1, when the Monarchs welcome James Madison to the Ted Constant Convocation Center for a 7:00 p.m. tip. Saturday’s game will air on ESPN+.