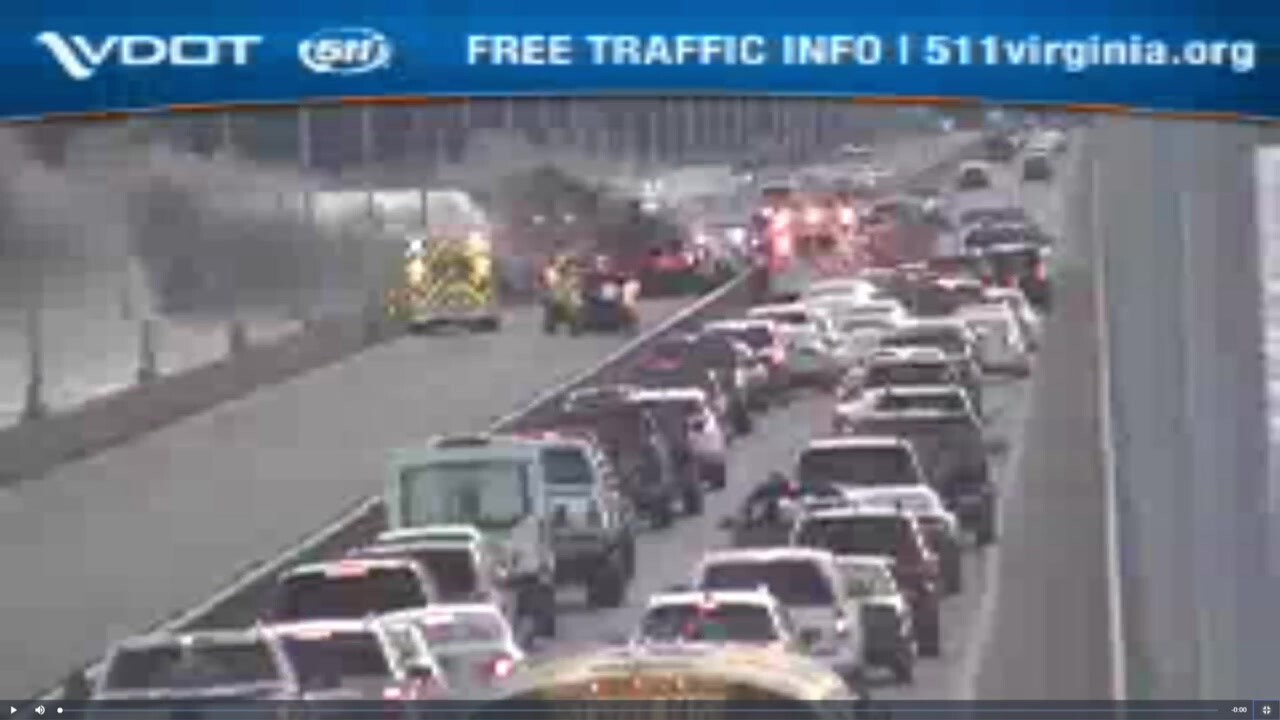 ISLE OF WIGHT Co., Va. – No one was injured after a crash resulted in a car fire on Rt. 17 northbound on the James River Bridge in Isle of Wight County Tuesday afternoon.

The Carrollton Volunteer Fire Department and Isle of Wight Emergency Services responded to the scene at 4:09 p.m. Units were advised that there was an explosion after the crash and that there was a possibility that people may have been trapped inside.

Assistance from Newport News and Smithfield fire crews were requested.

The first arriving units reported at least one vehicle was fully involved with an unknown entrapment.

Fire and EMS crews extinguished the fire and assessed the victims.

VDOT, the Isle of Wight County Sheriff’s Office and Virginia State Police responded to the scene to assist with the investigation and traffic control.

Authorities are reminding travelers to move over and slow down for incidents on the roadway.