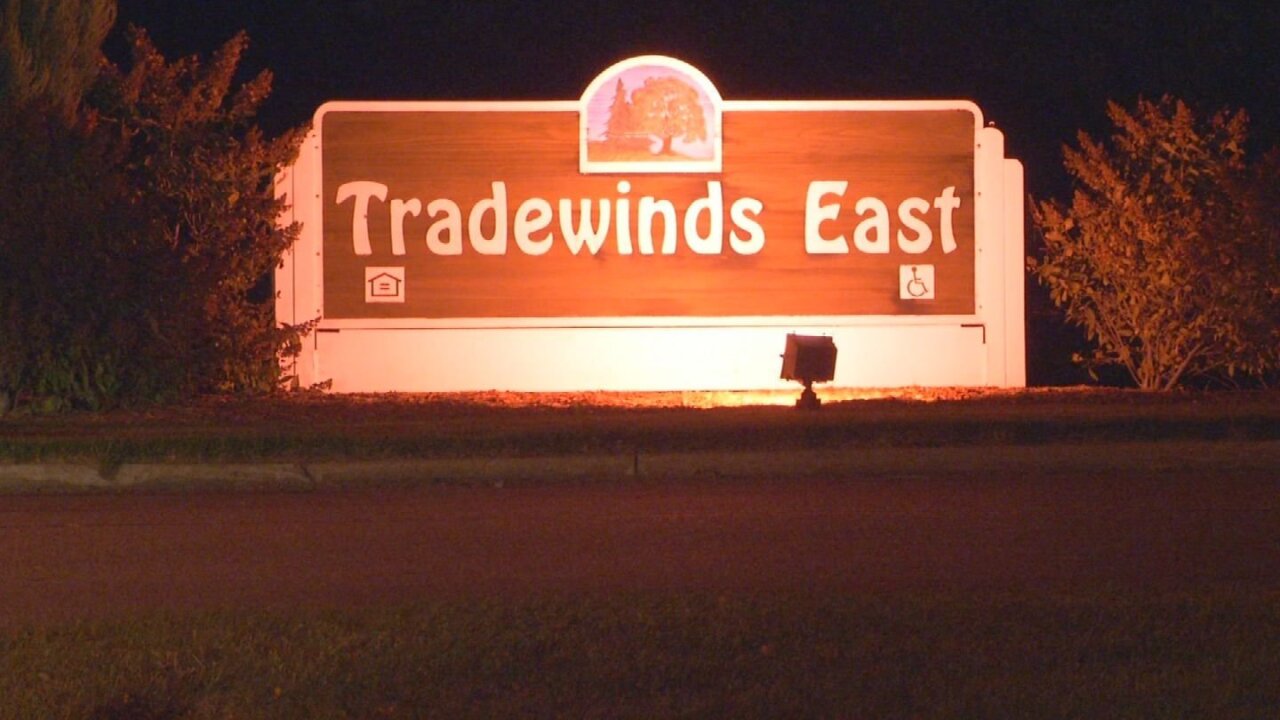 **Embargo: Flint-Saginaw-Bay City, MI** A local man moved his family after being smoked out of his apartment, but now he is on the hook for hundreds of dollars.

ESSEXVILLE, Mich. (WNEM) – A Michigan man moved his family after being smoked out of his apartment, but now he is on the hook for hundreds of dollars.

Carson Tacey said he moved his family out of their low-income housing apartment because their neighbors’ smoke was constantly coming through the vents.

He said he went to the landlord and nothing was being done. Now HUD claims he owes them $1,600.

**Embargo: Flint-Saginaw-Bay City, MI**
A local man moved his family after being smoked out of his apartment, but now he is on the hook for hundreds of dollars.

Tacey said all he wanted to do was to protect his 2-year-old daughter. Now he is being saddled with the hefty bill.

“It came out of nowhere, literally nowhere,” Tacey said.

He said his family was living at Tradewinds East, a low-income housing complex in Essexville, Michigan, where he said they had a big problem with neighbors smoking.

“Weed, cigarettes, you name it. At least every other night,” Tacey said.

He was concerned for his baby girl with the smell coming through the vents.

“It’s nothing that I wanted her to be around. I don’t care what people do in their room that they pay for. What they do in their apartment, that’s their business. But I don’t feel like I should have to sit there in my living room and smell it and deal with it,” Tacey said.

He said he went to management.

“We were in and out of the office at least probably eight to 10 times about it. Nothing was ever doing about it,” Tacey said.

He said that went on for months and he felt he had no other options. So he wrote a letter to the landlord explaining why they were leaving: “Tenants have found the living conditions so harmful they will need to vacate the premises.”

Tacey moved his family out in August.

“Nothing was ever done about it up until we got this fat bill,” Tacey said.

That fat bill was a letter from HUD, which TV5 obtained a copy of, signed by the property manager. The bill charged Tacey more than $1,600 for leaving his lease early.

“If everything went fine and smooth and we left early, I’d understand it’s our fault. But I just feel like with all these problems and issues we had, it’s not really fair,” Tacey said. “I’d like them to drop it or at least try to work with us on it. It’s all I can really ask for.”

The property manager said Tradewinds are not HUD homes, though the letter Tacey received was from HUD

The property manager also said Tacey listed the reason for moving out as getting a new trailer and also said he never filled out a complaint form.

Tacey said he has never heard of the complaint forms and addressed everything in person.