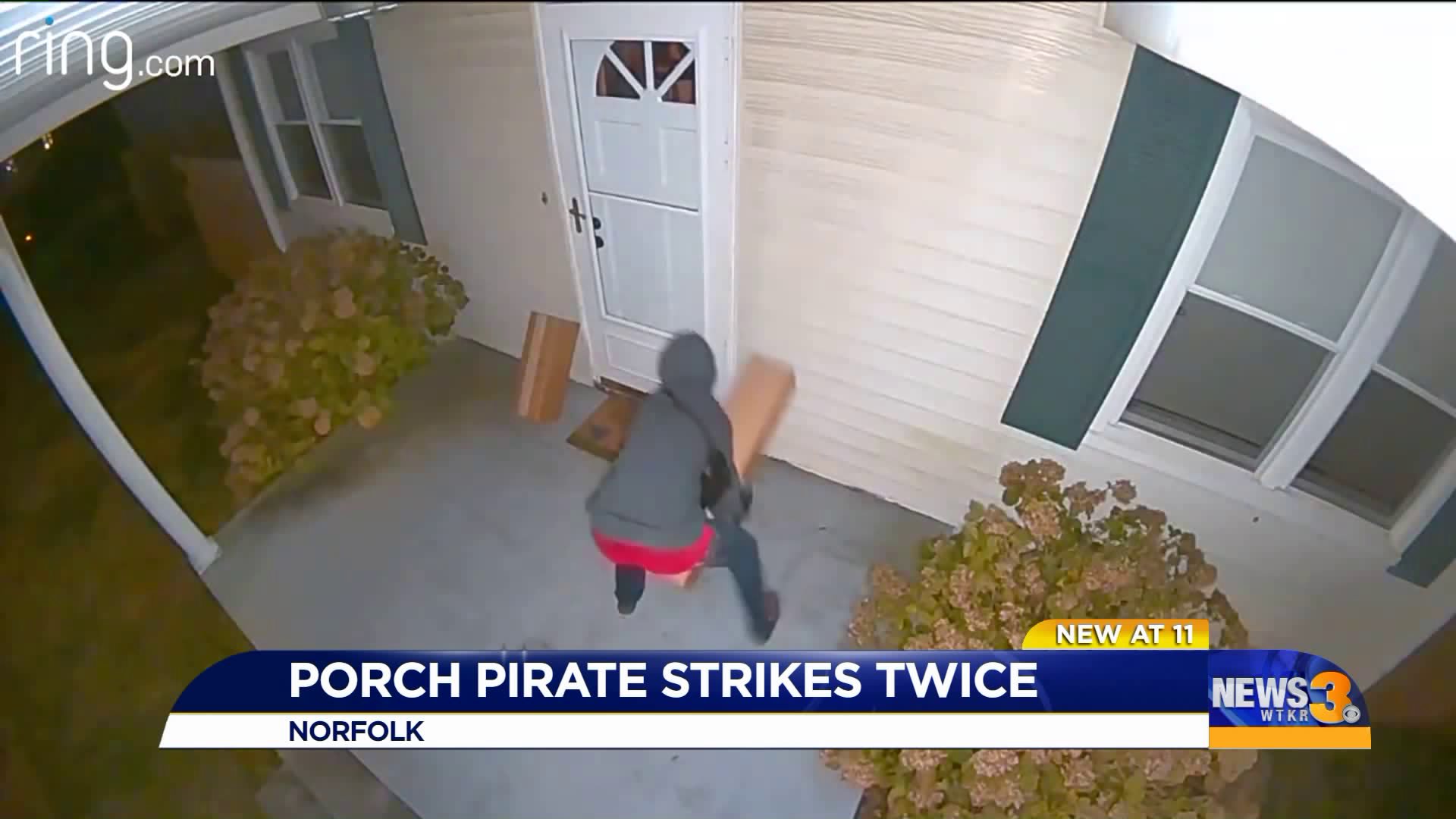 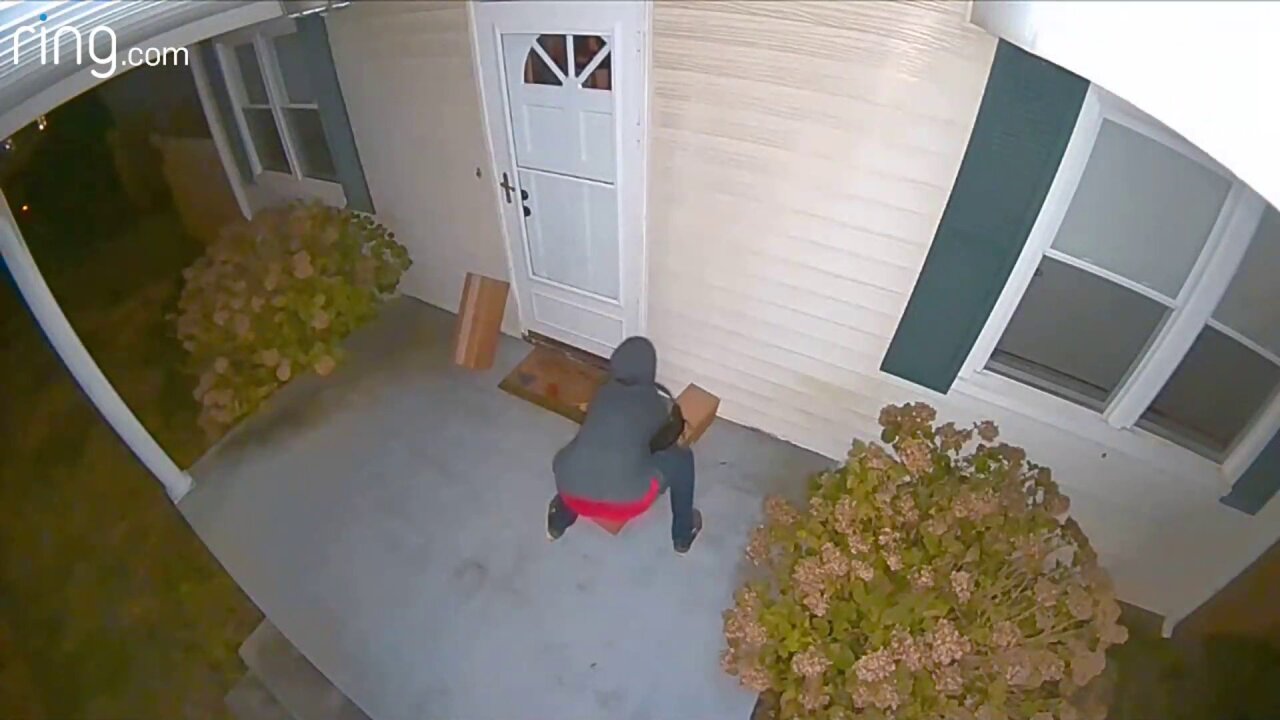 NORFOLK, Va. - Felicia Sadler says if it wasn’t for her Ring app alerting her, she would have never known packages were taken because she wasn’t expecting any deliveries.

Footage from the family's Ring doorbell

Sadler says she went out of town for Thanksgiving, and during the course of their family vacation she says she was notified by an alarm back at home.

“Most frustrating of all is seeing it happen and knowing you can’t do anything about it. That was the most frustrating part, because your alarm lets you know what’s going on and you’re just sitting there," says Sadler.

In the Ring video, you can clearly see someone run up to the front porch, quickly grab the package and then run off. Sadler says it happened again the next night. This time, two packages were stolen.

Sadler says as soon as she saw the activity from her phone she called police.

Sadler and her family now have a warning for their neighbors: If you go out of town, be aware and think ahead.

In the future, Sadler says before she goes on any trip she will talk to the post office and make sure her packages will be held. She also says in addition to her Ring app, she will also be putting up more security measures.