Stock market turmoil: Will the Fed come to the rescue? 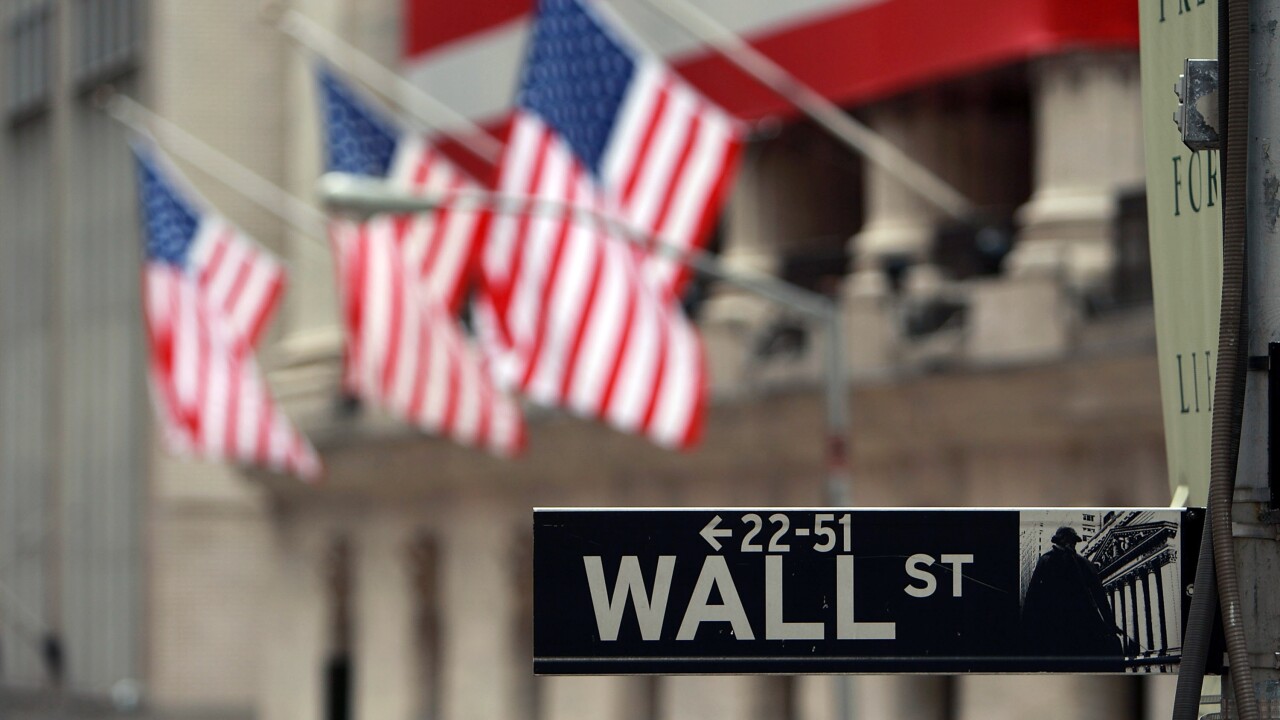 1. Will the Fed blink? The Federal Reserve has the power to stop the mayhem on Wall Street.

The market tumble — the Dow is down about 2,400 points since early October — in part reflects a fear that the Fed is hiking interest rates more aggressively than the economy can handle. The housing and auto industries, the frontline when it comes to borrowing costs, are already getting squeezed.

Investors think “the Fed is walking into a policy mistake,” Nicholas Colas, co-founder of DataTrek Research, wrote to clients recently.

It’s almost a slam dunk that the US central bank raises rates again in December, the fourth hike of 2018. But the bulls on Wall Street are hoping that Fed chief Jerome Powell signals a slower pace in 2019. The Fed could drop clues when it releases minutes from its November meeting on Thursday.

A shift from the Fed would go a long way toward curbing the fear on Wall Street over the looming growth slowdown and the US-China trade war.

Fed policy “may be less aggressive in 2019 than currently feared, thanks to the absence of threatening wage growth and the increasing gap between US and global interest rates,” John Lynch, chief investment strategist at LPL Financial, wrote to clients.

It’s not just investors hoping for the Fed to rethink its strategy. President Donald Trump has repeatedly pointed the finger at the Fed for the market turmoil. And last week, the housing industry threw its weight behind a Fed pause.

Lawrence Yun, chief economist at the National Association of Realtors, blamed the recent slump in housing on rising interest rates and higher home prices. Existing home sales declined six straight months before an increase in October. Yun urged the Fed to “reevaluate” its policy to help “ease the financial burden” on first-time home buyers and “assure a slump in the market causes no lasting damage to the economy.”

Waiting for something to break

But don’t bank on the Fed blinking just yet.

After analyzing all Fed meetings since 1994, Goldman Sachs concluded that market selloffs are more likely to worry the central bank if they coincide with significant stress in the credit markets and weak economic growth. For instance, the Fed kept hiking in May 1994 and August 2004 because those market slumps occurred during strong growth periods.

Today, credit spreads have only widened moderately and growth remains strong. Few economists see an imminent recession. That’s why Goldman Sachs is still calling for five more rate hikes between now and the end of 2019.

And while the markets have gotten rocky in recent weeks, they’re not in a full-blown crisis, at least not yet.

“Defensive yes, but panicked no,” Michael Hartnett, chief investment strategist at Bank of America Merrill Lynch, wrote in a report on Friday.

He noted that previous market scares that caused the Fed to shift course include the 2007 subprime crisis, the bursting of the tech bubble in 2000, the 1997 Asian financial crisis and Black Monday in 1987.

In other words, investors shouldn’t bet on the Fed shifting course until something breaks.

2. GDP: A fresh look at the health of the economy is coming on Wednesday. That’s when the second estimate of third-quarter GDP is scheduled to be released.

The US government previously announced last month that the economy grew 3.5% in the third quarter. It was a slowdown of the 4.2% the economy grew during the second quarter, but it was the sixth consecutive quarter with growth above 2%.

One topic that will attract attention is the looming trade war between the United States and China. Top White House economic adviser Larry Kudlow said he expects the issue to “come to a head” at the G20. His comments came after a high-level Chinese delegation delayed and then canceled its trip to the US capital amid an escalating war of words between President Trump and his Chinese counterpart, Xi Jinping.

Investors are hoping for signs that the United States and China are moving toward a resolution before tariffs do more damage to the global economy.

4. Cyber Monday: The deals don’t stop on Black Friday. Retailers are expecting another robust day of luring shoppers to their websites with deep discounts.

Last year, Cyber Monday turned out to be the largest one yet, raking in $6.59 billion according to Adobe. One analyst expects sales to be even higher this year and break a record of $7.25 billion. Deloitte says shoppers will spend $170 more on Cyber Monday compared to any day of the prior Black Friday weekend.

5. Some earnings: It’s quiet week on the earnings front. Some retailers are reporting, including Dollar Tree (DLTR), Abercrombie & Fitch (ANF) and Tiffany (TIF).

The latter has bet on “cool” and it’s working. Tiffany will announce if it’s sustaining the momentum from its second quarter, when it revealed surging sales and raised its full-year profit forecast. The luxury jeweler is in the midst of rebranding the company for the young and hip and announced in August a multimillion dollar renovation of its New York flagship location.