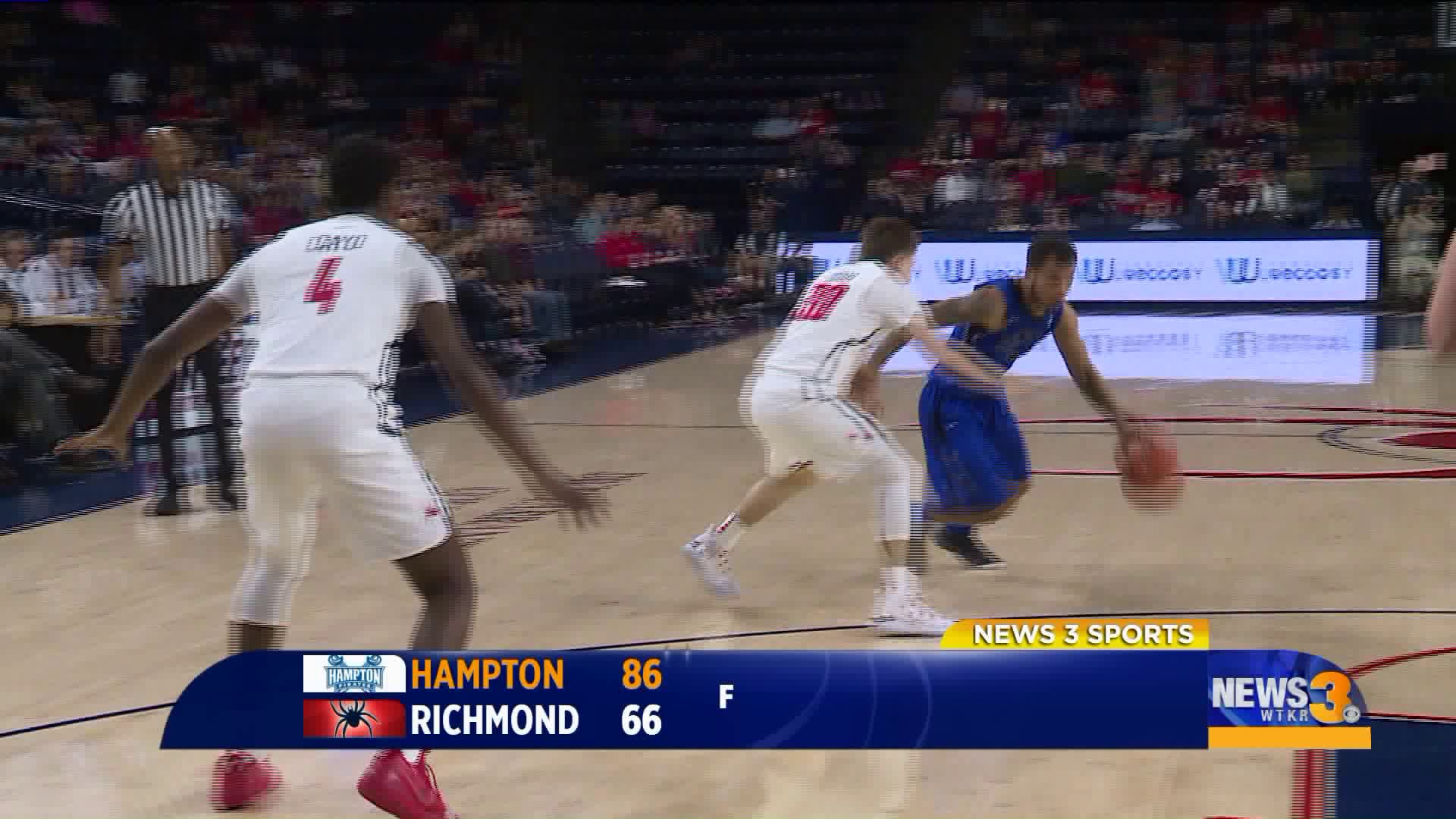 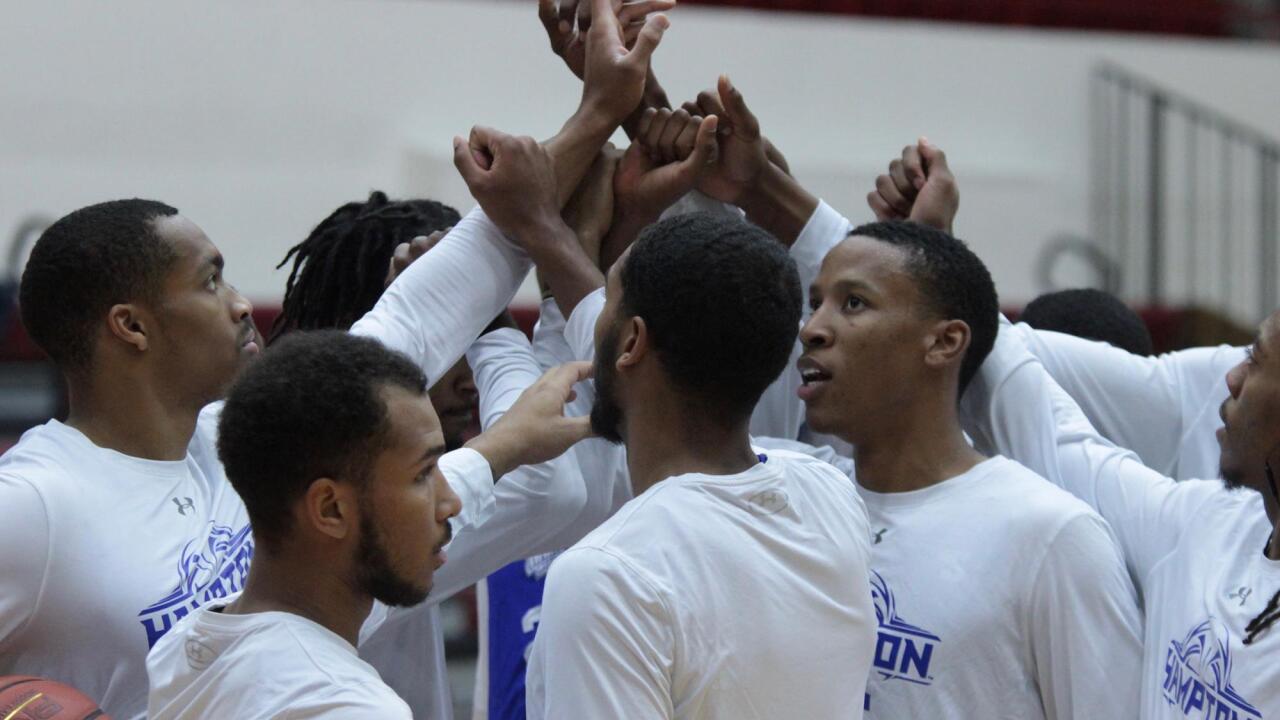 RICHMOND, Va. - It's been 16 years since Hampton beat the University of Richmond in their own house. Back in 2002, the two schools met for the first time and the Pirates pulled out the victory.

On Sunday, Hampton was able to do it again in an 86-66 rout, behind big nights from Jermaine Marrow and Kalin Fisher.

Marrow, a Heritage High product, scored 38 points, one shy of breaking the record for most points by an opponent in Richmond's arena. Fisher scored 27 points and brought down nine rebounds.