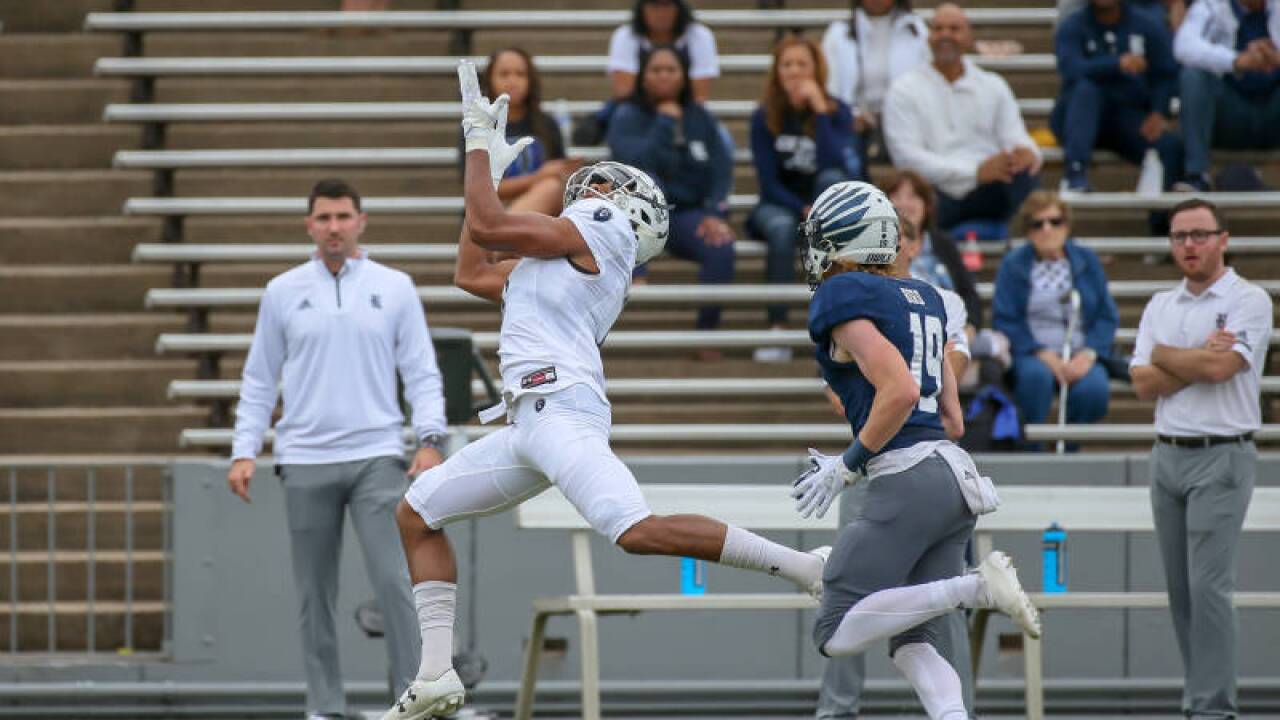 HOUSTON, Texas – Travis Fulgham’s two-yard touchdown catch midway through the third quarter tied the score but Juma Otoviano rushed for touchdowns of 80 and 62-yards to lift Rice to a 27-13 win over Old Dominion Saturday afternoon in Houston.

Trailing 13-6 midway through the third quarter ODU drove 86-yards in nine plays capped by a Blake LaRussa to Fulgham two-yard touchdown pass to tie the score at 13.

Rice (2-11, 1-7 C-USA) came back with two touchdown runs by Ottoviano and late drives by the Monarchs fell short.

Old Dominion (4-8, 2-6 C-USA) took the first lead of the day on a 34-yard field goal by Nick Rice. The big play of the drive was a 39-yard Blake LaRussa to Travis Fulgham completion.

Giovanni Gentosi rumbled in from six-yards out to give Rice a 6-3 lead late in the first quarter. The Owls failed on the conversion attempt.

Nick Rice knocked in his second field goal of the game to tie the score at six early in the second quarter. LaRussa hit Donta Anthony for a 23-yard gain to pick up a third and nine.

Rice took advantage of an ODU football and took the lead on a 10-yard touchdown run by Wiley Green to take a 13-6 lead and take it into halftime.

LaRussa finished the day 33-of-54 for 312-yards a touchdown and two interceptions. Isaiah Harper and Jeremy Cox each had career-highs with eight catches, while Fulgham had six catches for 88-yards and Jonathan Duhart had seven catches for 95-yards. Lawrence Garner had a game-high 14 tackles.