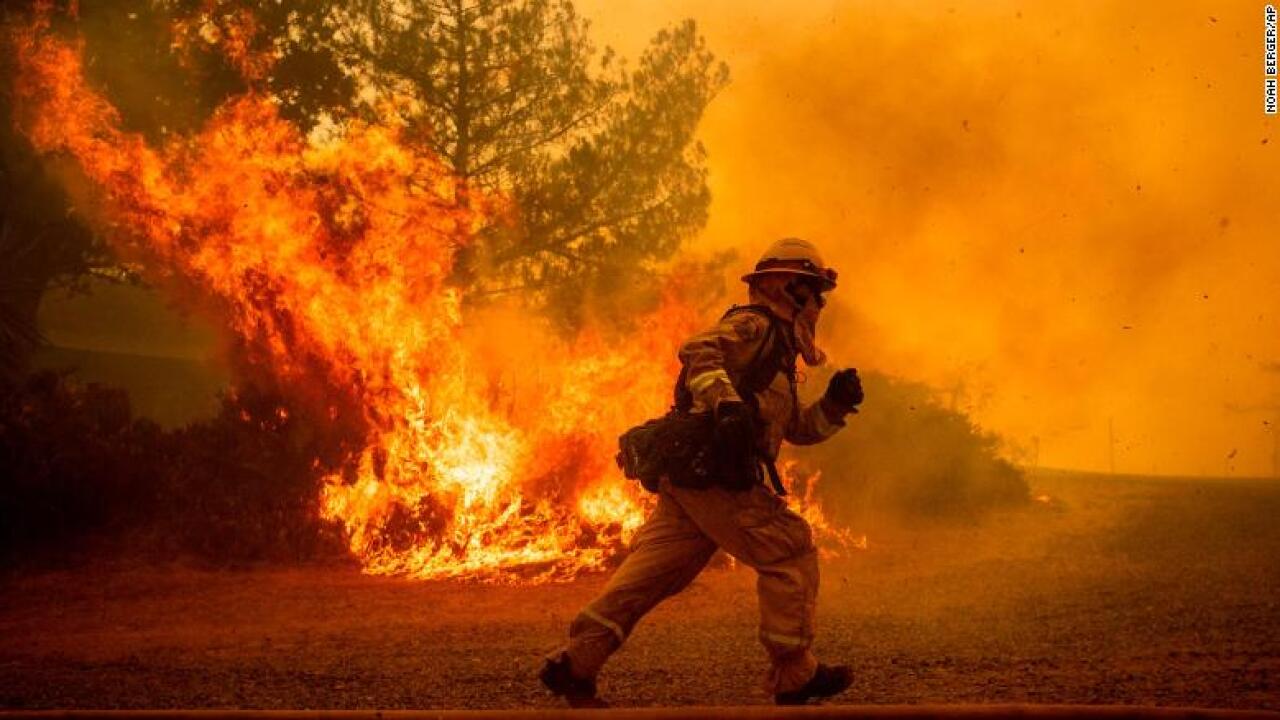 Evacuees who fled the Camp Fire in California are facing norovirus outbreaks in shelters. The Butte County Public Health Department said that 145 people have been sick with vomiting and/or diarrhea since the shelters opened to evacuees and 41 people were experiencing symptoms at four different shelters as of Wednesday evening.

Twenty-five people have been to the hospital for medical support, the health department said in a statement.

“The number of sick people is increasing every day,” the statement said.

About 9,700 homes were destroyed and 141,000 acres burned in the fire. Sixty-three people have died due to the fire, and more than 600 are missing.

The Butte County health department is working with the Red Cross, state and federal partners to reduce the spread of the illness at the evacuation shelters, according to the statement released Thursday.

Some of the actions being taken include establishing separate shelters for sick evacuees, active monitoring of shelter residents and protective equipment for medical staff.

Norovirus, which is sometimes called stomach flu or a stomach bug, is “a very contagious virus that causes vomiting and diarrhea,” according to the US Centers for Disease Control and Prevention. It leads to 19 to 21 million cases of acute gastroenteritis in the United States every year.

The most common symptoms are stomach pain, nausea, vomiting and diarrhea. Fever, headache and body aches can also be signs of norovirus.

The CDC says that symptoms usually develop 12 to 48 hours after a person is exposed, and most people recover within one to three days. Norovirus can lead to dehydration, particularly in young children, older adults and those with other illnesses.

Although there is currently no vaccine or medication to treat those with norovirus, it is recommended that sick people drink a lot of liquids to prevent dehydration.

Some of the most common places for norovirus outbreaks are cruise ships, nursing homes, long-term health care facilities and at restaurants or catered events where groups of people are in close contact with each other in enclosed areas.

The CDC recommends practicing good hand hygiene, cleaning and disinfecting surfaces and handling and preparing food safely in order to stop the transmission of the virus. They also say that people who are sick should not care for or prepare food for others.