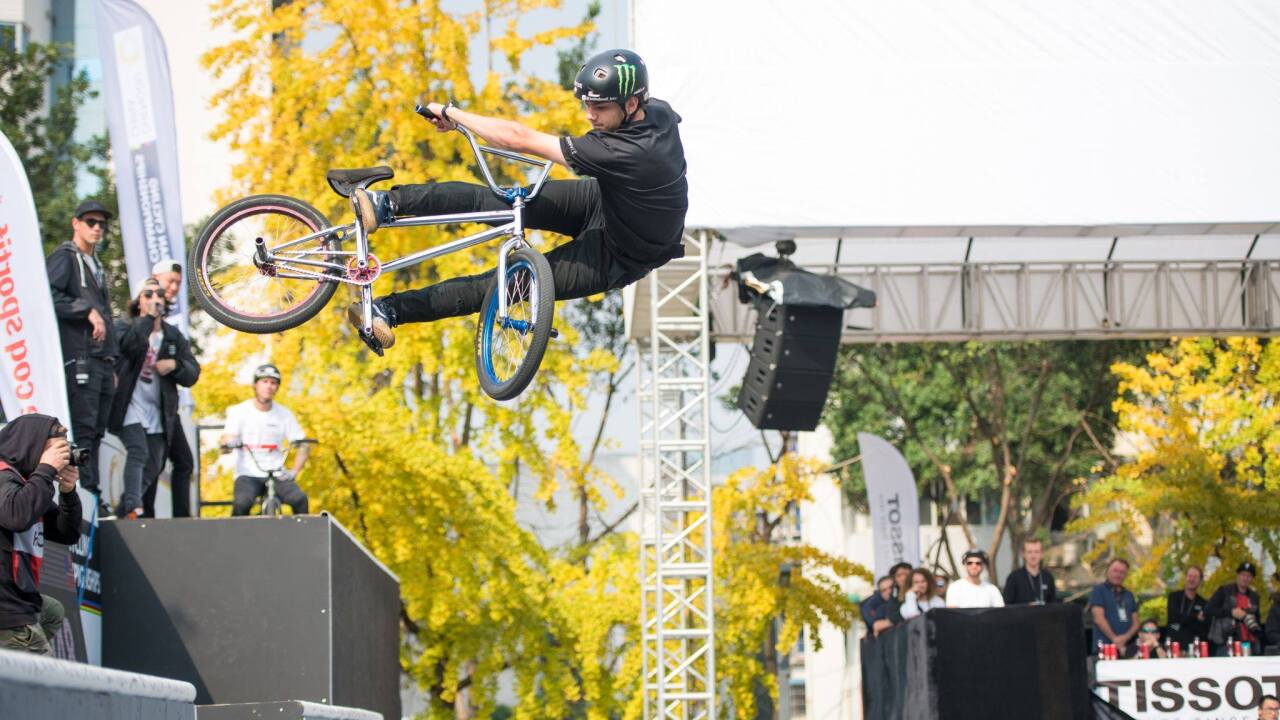 CHENGDU, China – Justin Dowell, a Virginia Beach native who used to ride his bike at Mount Trashmore Skate Park, has taken his bike to the top of the world.

“I can’t believe it — like I’m speechless,” a thrilled Dowell told Blythe Lawrence of TeamUSA.org after delivering what he called a “dream run”. “Everyone rode so good, and I’m just so happy to be here,” Dowell said. Dowell, ranked fifth in the world entering this competition, finished eighth at Worlds last year.

“I couldn’t ask for a better week, it was amazing,” Dowell said to USACycling.org. “I managed to come out with a win at the World Championships while surrounded by all my friends.  Thank you USA Cycling for all the support.”

The Park specialty of Freestyle BMX is a question of producing a sequence of figures on different obstacles (inclined surfaces,walls, platforms etc). It takes place in skate parks. Riders are judged on their figures (difficulty, originality and style).

BMX freestyle is set to make its Olympic debut in Tokyo in 2020, joining BMX racing, which has been an Olympic discipline since 2008. Dowell will be eligible for the U.S. Olympic team in 2020, should he qualify.

I am world champion! I have achieved my ultimate goal. I am speechless. Thank you @ucibmxfreestyle for throwing this event. Thank you @usacycling and @monsterarmy for all the support. And thank you to all of you for supporting me. #worldchampion #usacycling #monsterarmy #uci #thankyou #love