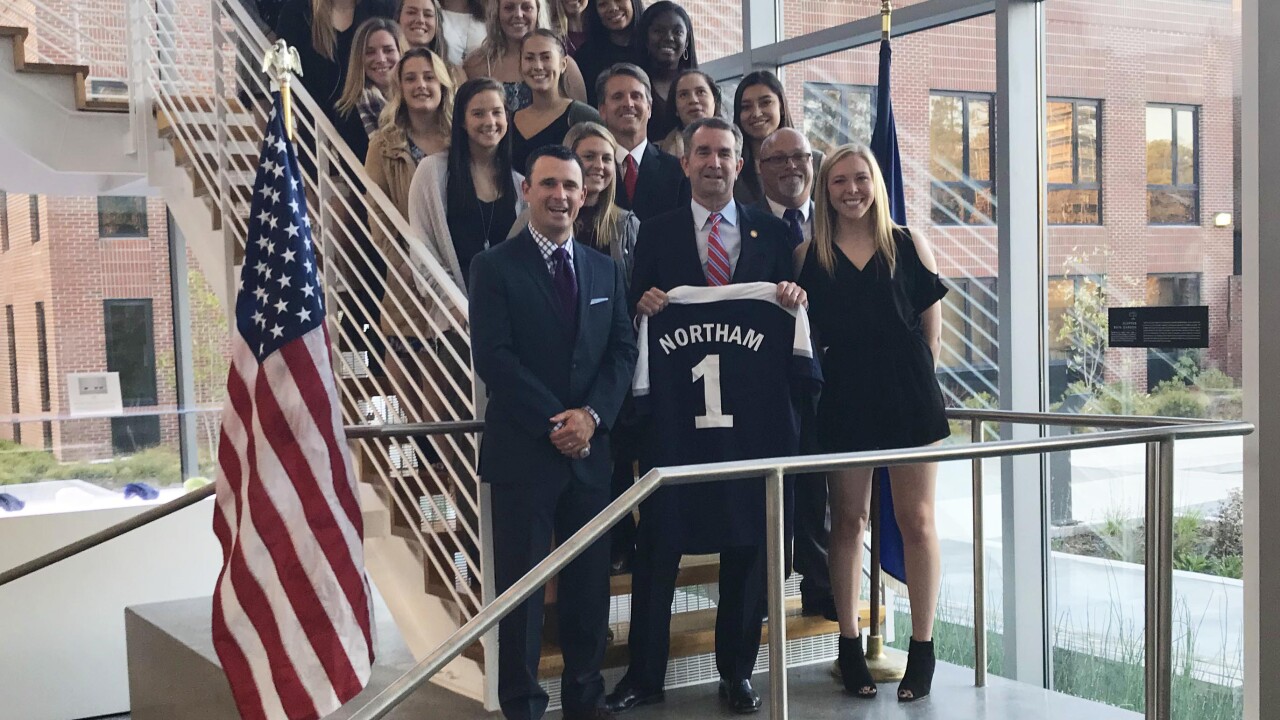 According to a release by the school, during his visit to the Greer Environmental Sciences Center, he commended the team on their tremendous achievements, noting their 55-3 record in 2018.

He also shared valuable advice on participating in a team sport: don’t ever be afraid to fail, and treasure the lasting bonds formed with teammates, coaches and faculty.

“And that, at the end of the day, as I say, when they put us in the rocking chair on the front porch, that’s really what you’ll remember most about your life.”

The school said that Virginia Wesleyan softball took its second consecutive national title in May 2018, making it the fourth team in Division III history to do so.

Northam had just one last question for the team.

“Are y’all going to make it three in a row?”