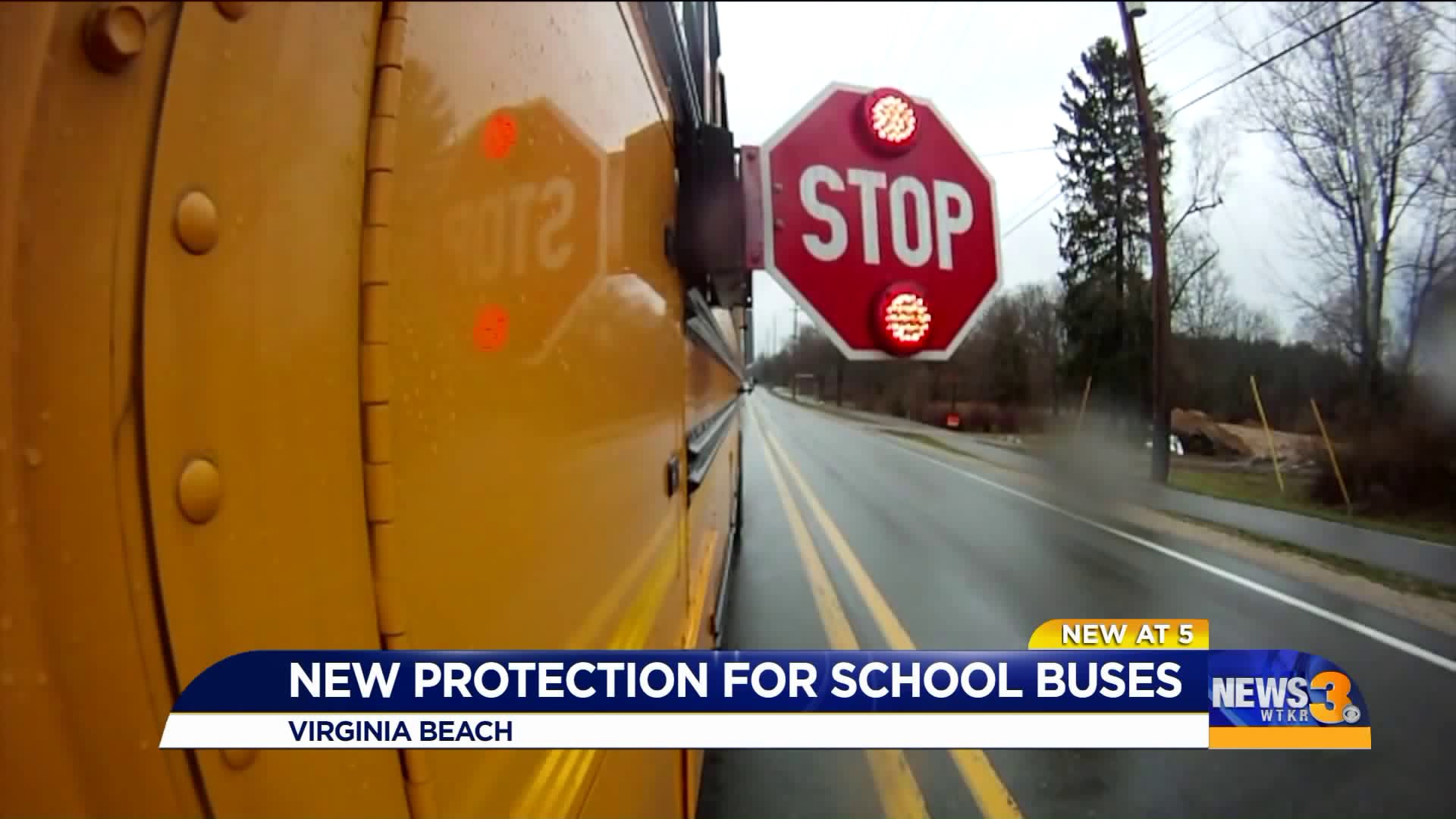 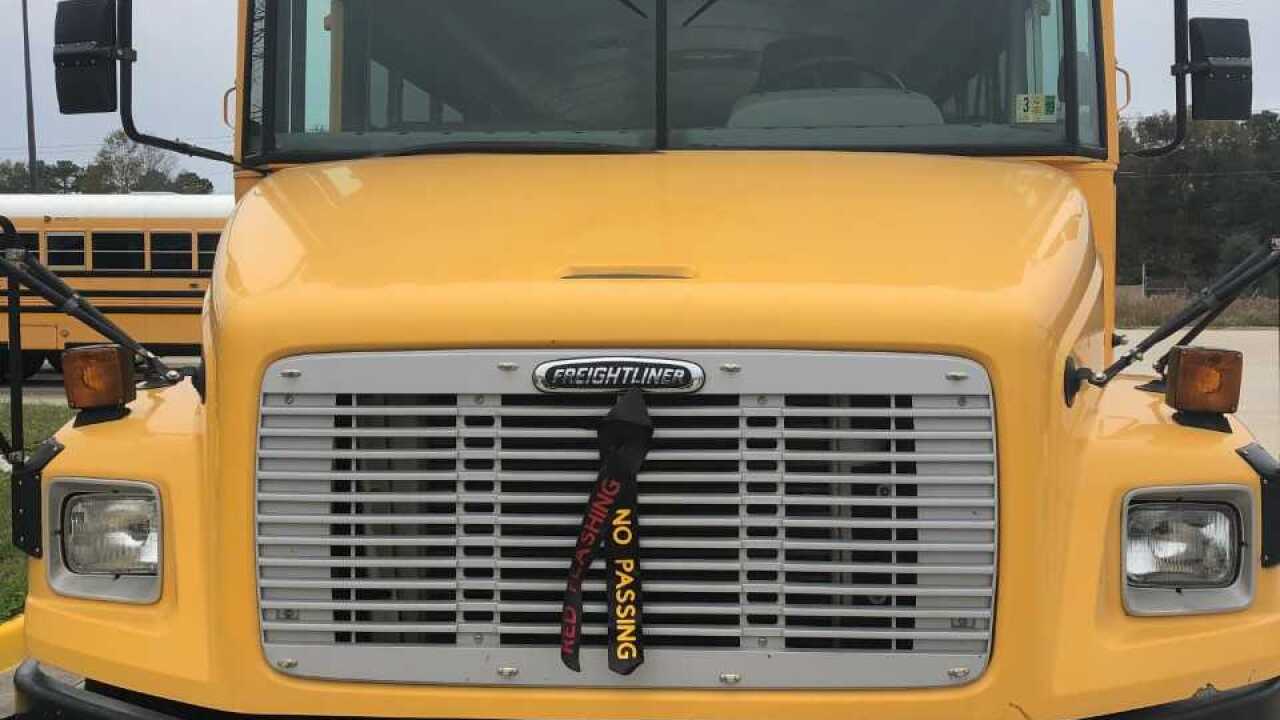 VIRGINIA BEACH, Va. - After several children across the country were killed or injured while waiting at their bus stop, people in Hampton Roads are calling for change.

Bus drivers in Virginia Beach will now be placing black ribbons with the words "Red Flashing, No Passing" on the bus' front grill.

The idea is to start a conversation about safety while kids are getting on and off the bus.

Related: Getting to and from a bus stop may be more dangerous than the actual ride to school

"We've had some close calls and we get calls everyday from citizens saying cars are passing stopped buses loading and unloading students," Director of Transportation David Pace said.

When drivers see the ribbons they may be reminded of the children who have been hurt by motorists passing by. That should cause them to think twice about how fast they are going and hit the breaks so it doesn't happen to anyone else's child.

So far, between 200 and 300 ribbons have been passed out. It's an initiative created completely by bus drivers themselves. They said they are with the kids everyday so they see first-hand what can happen.

The school district is also working with the Virginia Beach Police Department to install stop-arm cameras. The cameras will capture any driver that does not stop or when a bus has the stop-arm out.

Pace said the footage will be collected and handed over to the police department, who will then issue citations to the driver.

"We're just hammering out the details of the program, so the company can come in over the winter break and install the cameras. We'll have them on the buses hopefully by the start of the new year," Pace said.

The cameras will come at no cost to taxpayers. Pace said the money collected from the tickets outweighs the cost of the technology.

On a national scale, a new petition is circulating to make bus stop safety a federal law. The petition is posted on the White House site, "We the People."

100,000 people need to sign it by November 30 in order to get an official response from the White House.

In part, the petition states:

We call upon our President and Congress to act by signing legislation that will keep our children safe by instituting severe penalties on [people] who choose to violate the red lights on a bus such as 30 days in jail, 90 day dl suspension, 12 points on license and a mandatory minimum fine of $5000.00 for the first offense.