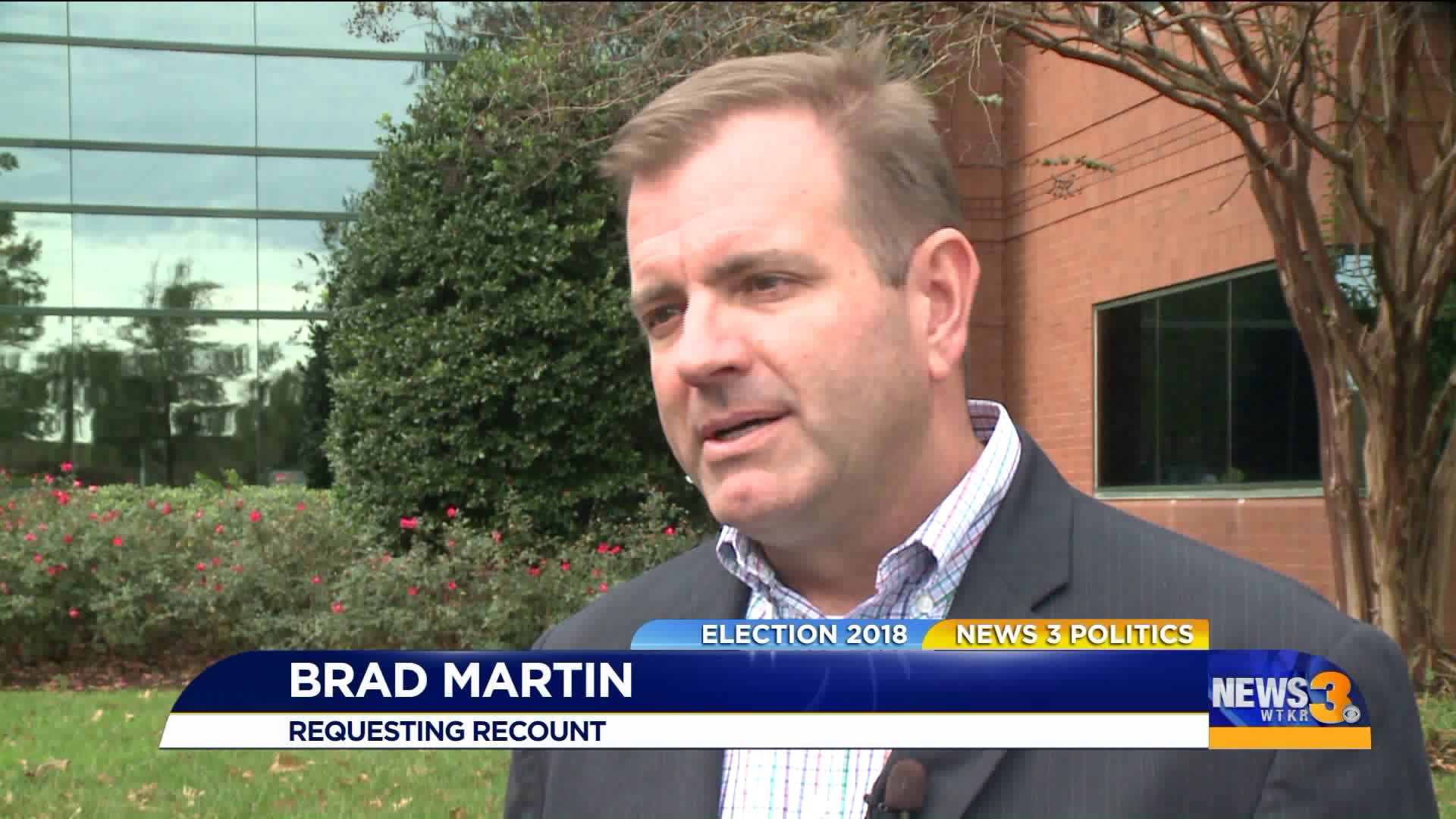 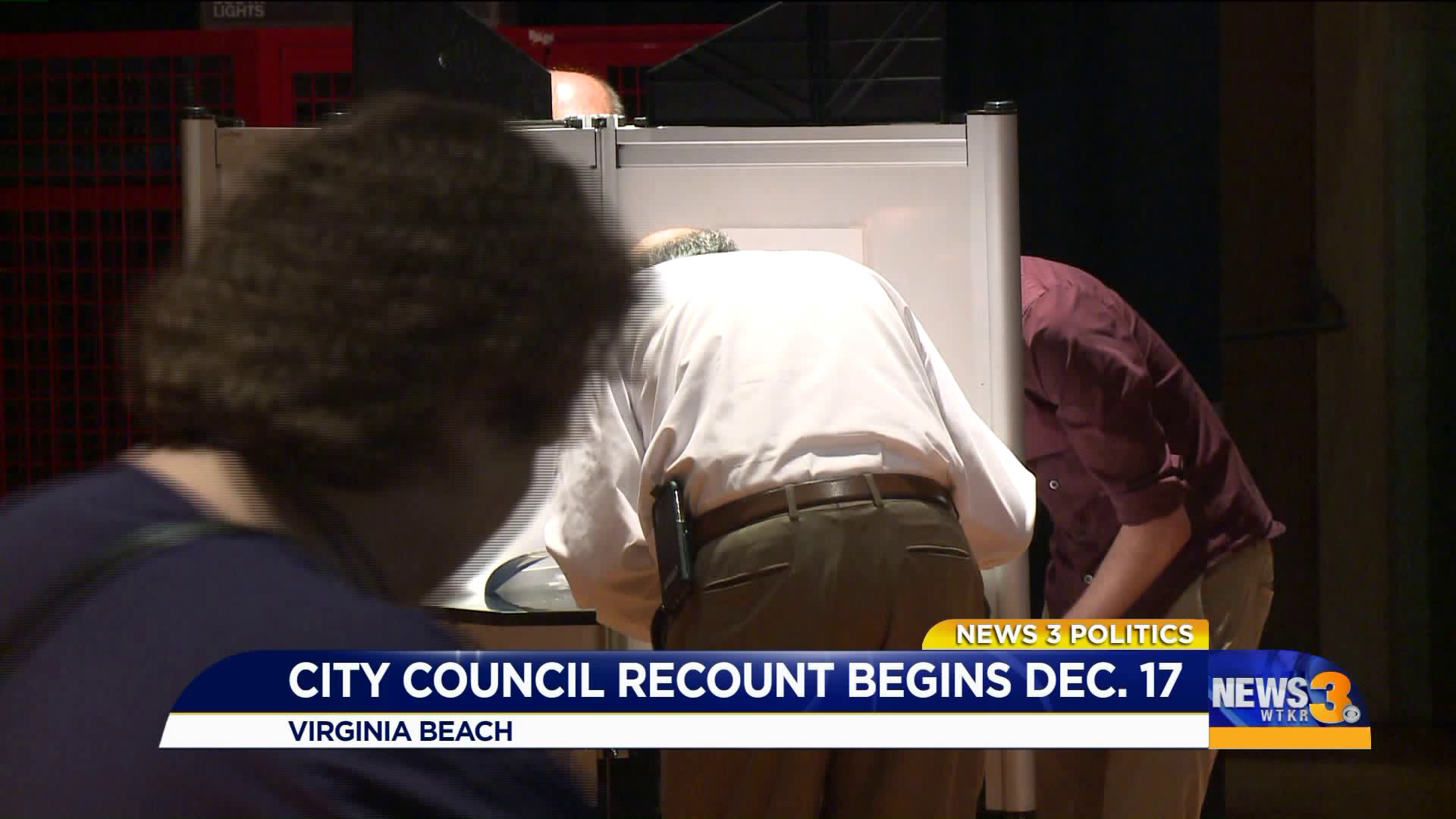 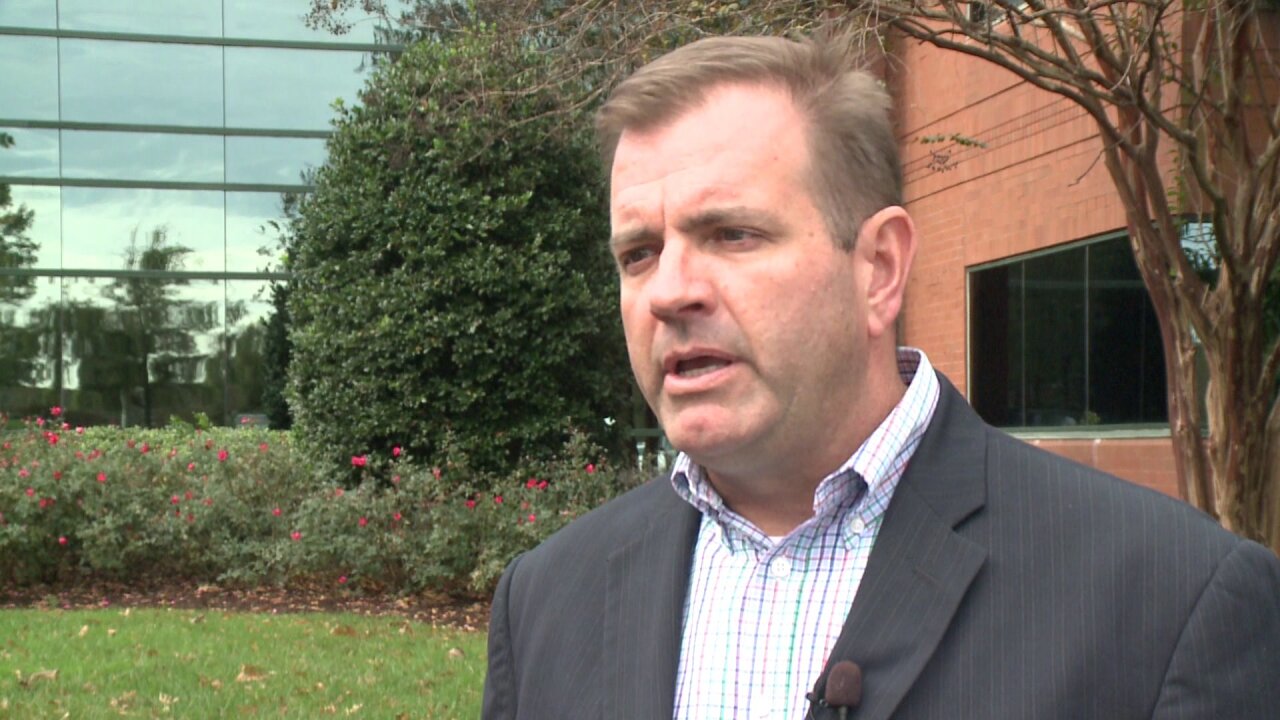 VIRGINIA BEACH, Va. — A judge in Virginia Beach has ordered that all three city council races in question from the midterm elections in November must be recounted.

News 3 was in the courtroom when the judge ruled that the recount for all three races will begin on December 17.

According to officials, the city will have two high-speed tabulators and 66 election officials available with 12 alternates. Attorneys will select officials from a list, with each side getting 11 with two alternates.

The expected cost for the recount is going to be more than $100,000 and reportedly last up to four days. Write-ins, over votes and under votes to be counted by hand. The entire process is being overseen by a three-judge panel.

"We're a little on the short end of that right now, but as I said we just want to make sure that the votes were counted accurately," according to Brad Martin who was on the ballot for Virginia Beach City Council.

Under state law, candidates can request recounts if the difference in votes is under 1 percent. If it's under .5 percent, the localities cover the cost of doing the recount.

An attorney for Jones, Gary Byler, says Martin is welcome to ask for a recount, but doesn't expect the results to change. "Virginia Beach ain't Broward County [Florida]," Byler said. "Mayor Jones has every confidence that this vote is going to stay the way it is."