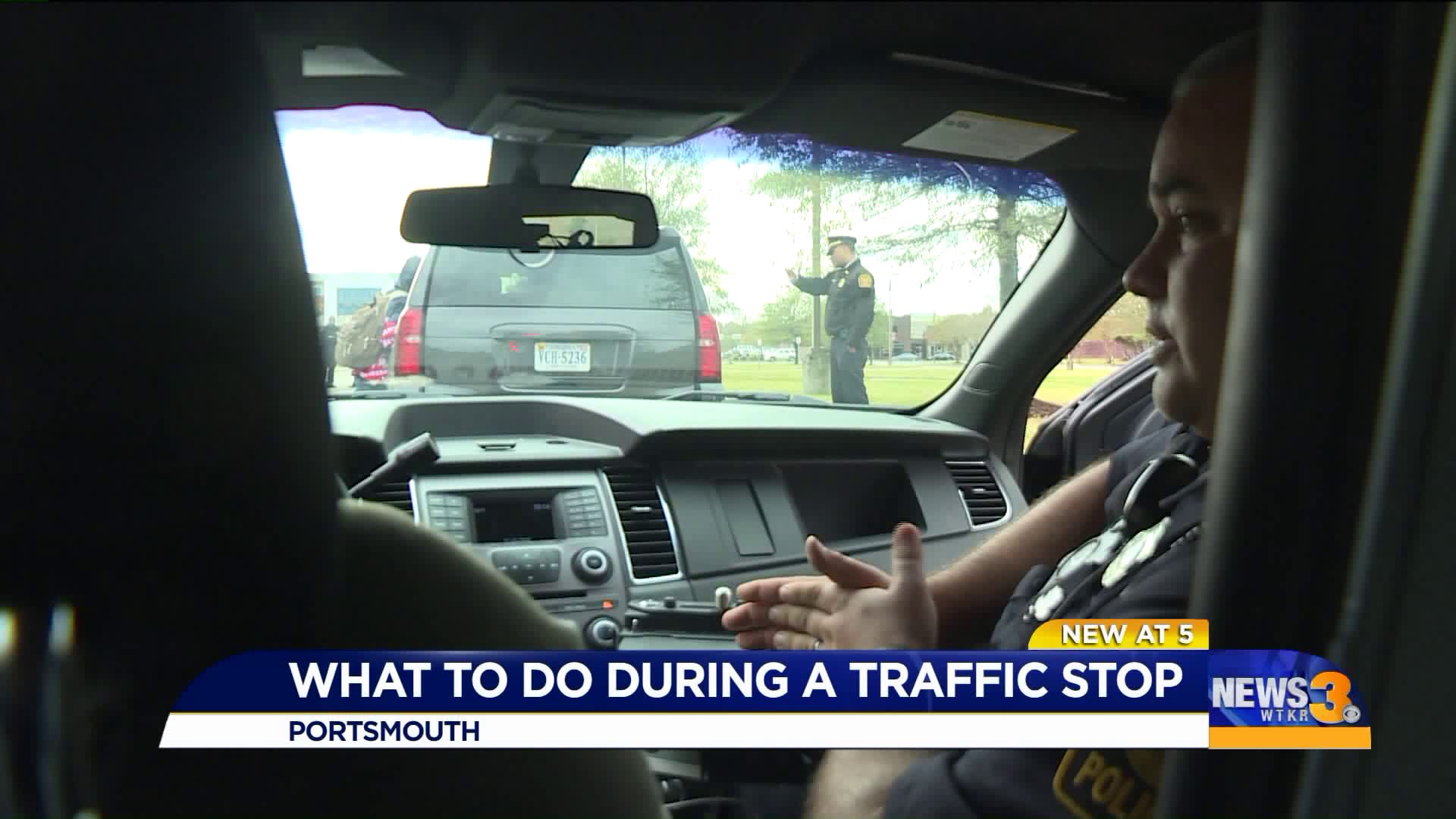 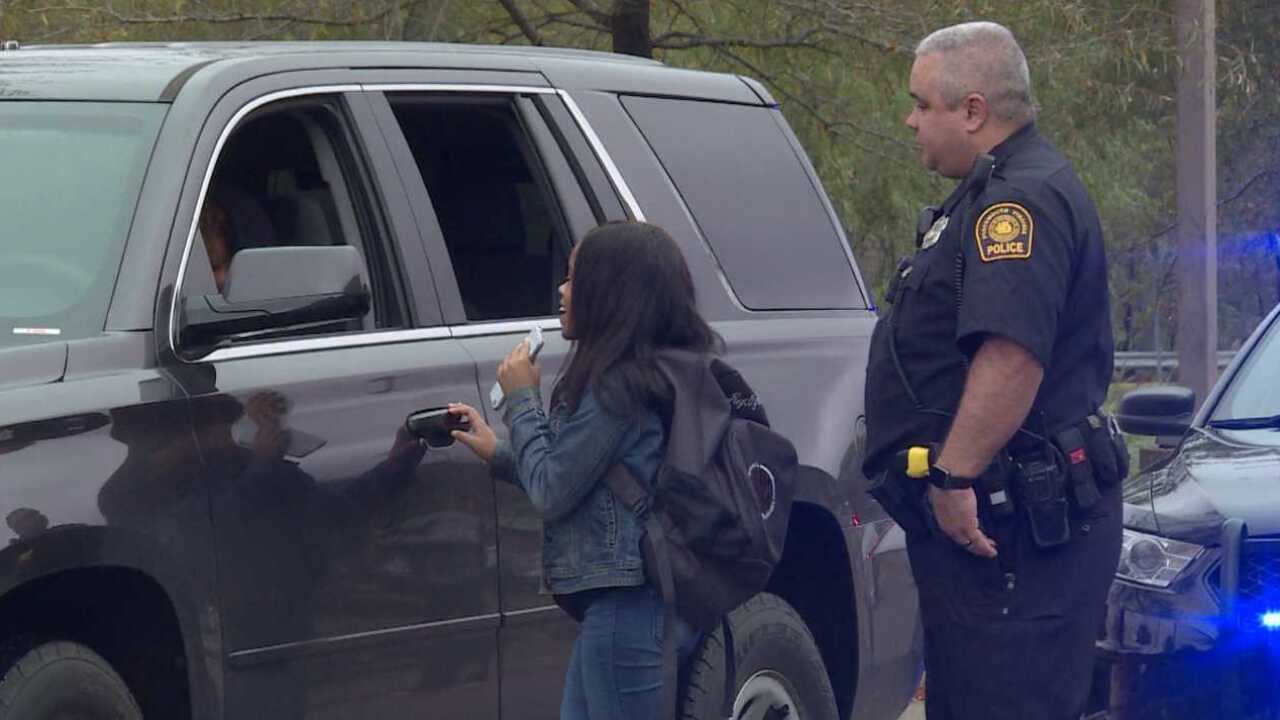 PORTSMOUTH, Va. - I.C. Norcom High school students are learning what it's like to deal with the law behind the whee during the Teens and Traffic Stops Program.

Lt. Bryant Hall from the Portsmouth Police Department told News 3's Aleah Hordges, "There are students who are most impacted by traffic stops so we want to kind of familiarize them with the steps we take and some of the things we we do so they can expect and ultimately have a safer outcome."

It's the first program of its kind in the Commonwealth, a 90-minute session that shows students real life scenarios of a traffic stop. Portsmouth Police officers demonstrated one that is successful and others with drugs or illegal weapons visible inside the vehicle.

An I.C. Norcom student participates in the "Teens and Traffic Stops" program on Tuesday, November 13

"I think it's extremely important for them to see how their actions can impact the driver and vice versa so they're kind of getting real-world experience here, and it's been well received so far," Hall said.

Students were also outside the classroom to get a police officer's point of view by pretending to be one themselves.

Some chose to be the driver or passenger inside the car and put good practices to use.

Officers stressed to not get out of the car once you've been pulled over, no matter what, and also to keep your hands visible by keeping them on the steering wheel or dashboard for the passenger.

"The officer doesn't know what the person's intentions are," continued Hall. "He's gonna take that as an act of aggression, especially if he's telling you multiple times to get back into the car. That's probably what you need to do: just stay in the vehicle."

Be ready to show your license and registration when asked. Officers said during the program that drivers can ask to speak with a supervisor on scene if you don't agree with the reason why you're being stopped.

Most importantly, they want the driver and all passengers to stay calm.

The Teens For Traffic Stops Program allowed students to even gain a different perspective about law enforcement.

"Most of the time I saw a lot of police violence so I didn't really know that there was a good side to them, but a lot of people get them misunderstood so I hope they understand that not all cops are bad," said Ivin Bellamy.

The Portsmouth Police Department plans to roll out the program to other high schools across the district.