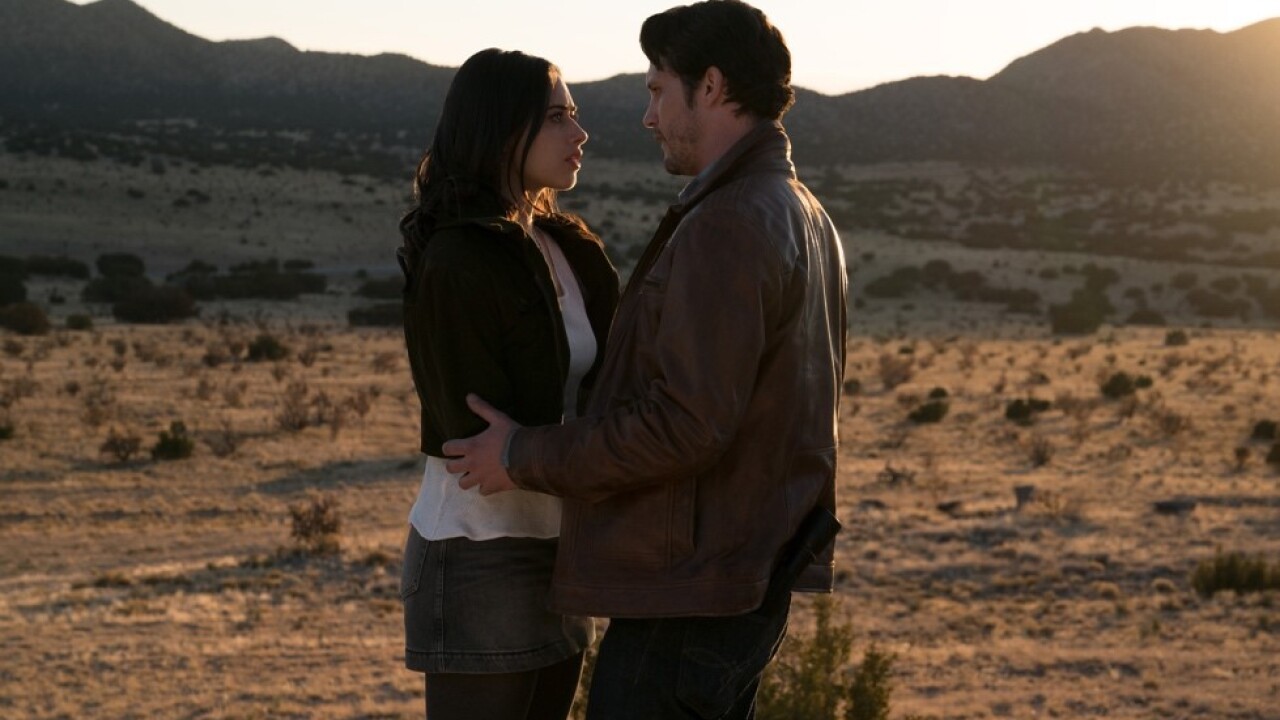 “DC’s Legends of Tomorrow” Will Return to Mondays in April

the Final Season of “Jane The Virgin” on Wednesdays

“iZombie” and “The 100” Also Slated for Spring Returns

With these January moves, DC’S LEGENDS OF TOMORROW will return to Mondays in April after BLACK LIGHTNING concludes its second season.  Additionally, new series IN THE DARK is currently scheduled to debut on Thursdays after LEGACIES completes its first full 16-episode season.  The beloved JANE THE VIRGIN will return for its final season on Wednesdaynights in the spring once ALL AMERICAN wraps its first full 16-episode season.   Also, slated to return later in the Spring of 2019 is the final season of iZOMBIE and the sixth season of THE 100.  Exact dates for Spring premieres to be announced later.

In The CW’s new series ROSWELL, NEW MEXICO, more than maybe anywhere else on Earth, Roswell, New Mexico is ground zero for those who seek proof that aliens exist.  Roswell native Liz Ortecho (Jeanine Mason) left it all behind 10 years ago after the death of her beloved older sister Rosa.  But after the government cuts funding on her biomedical research, she reluctantly returns to her tourist-trap hometown to move back in with her father.  When Liz arrives, she reconnects with Max Evans (Nathan Parsons), her teenage crush, who is now a Roswell police officer.  Their chemistry is instantly electric.  But Liz soon discovers a shocking truth:  Max is an alien who has kept his unearthly abilities hidden his entire life, along with those of his otherworldly sister, Isobel (Lily Cowles), and their friend Michael (Michael Vlamis).  As the two grow closer after a decade apart, Liz finds it difficult to keep the truth from her best friend, Maria De Luca (Heather Hemmens), and her trusting high school ex, Dr. Kyle Valenti (Michael Trevino).  Also hiding their extraterrestrial origins are Isobel and Michael, with Isobel not even revealing the truth to her husband, Noah Bracken (Karan Oberoi), and Michael keeping his identity hidden beneath a bad-boy exterior of hard living and casual hookups.  Meanwhile, Master Sergeant Jesse Manes (Trevor St. John) spearheads a long-standing government conspiracy — unbeknownst to his son, Alex Manes (Tyler Blackburn), who has recently returned from service overseas with emotional and physical injuries.  The politics of fear and hatred that run rampant in Roswell threaten to expose Max and his family and could endanger his deepening romance with Liz…as well as their lives.

The following is The CW’s January 2019 schedule, including midseason return dates: