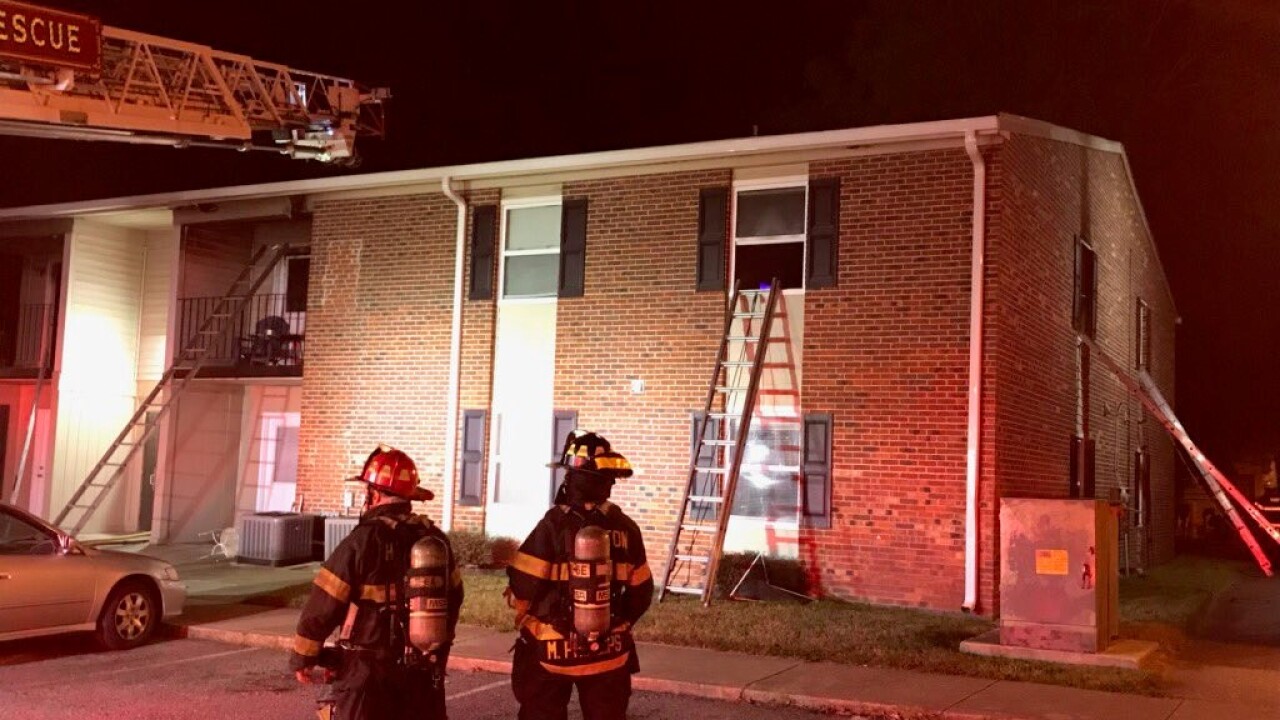 HAMPTON, Va. – A kitchen fire in an apartment building has left one person injured and three families displaced Sunday evening.

The Hampton Fire Department responded to the fire in the 1500 Block of Briarfield Road just before 6 p.m.

The injured person was treated for minor injuries and released, officials say.

Firefighters say the fire was caused by accidental and careless cooking.

Five adults and seven children are being assisted by the Red Cross.