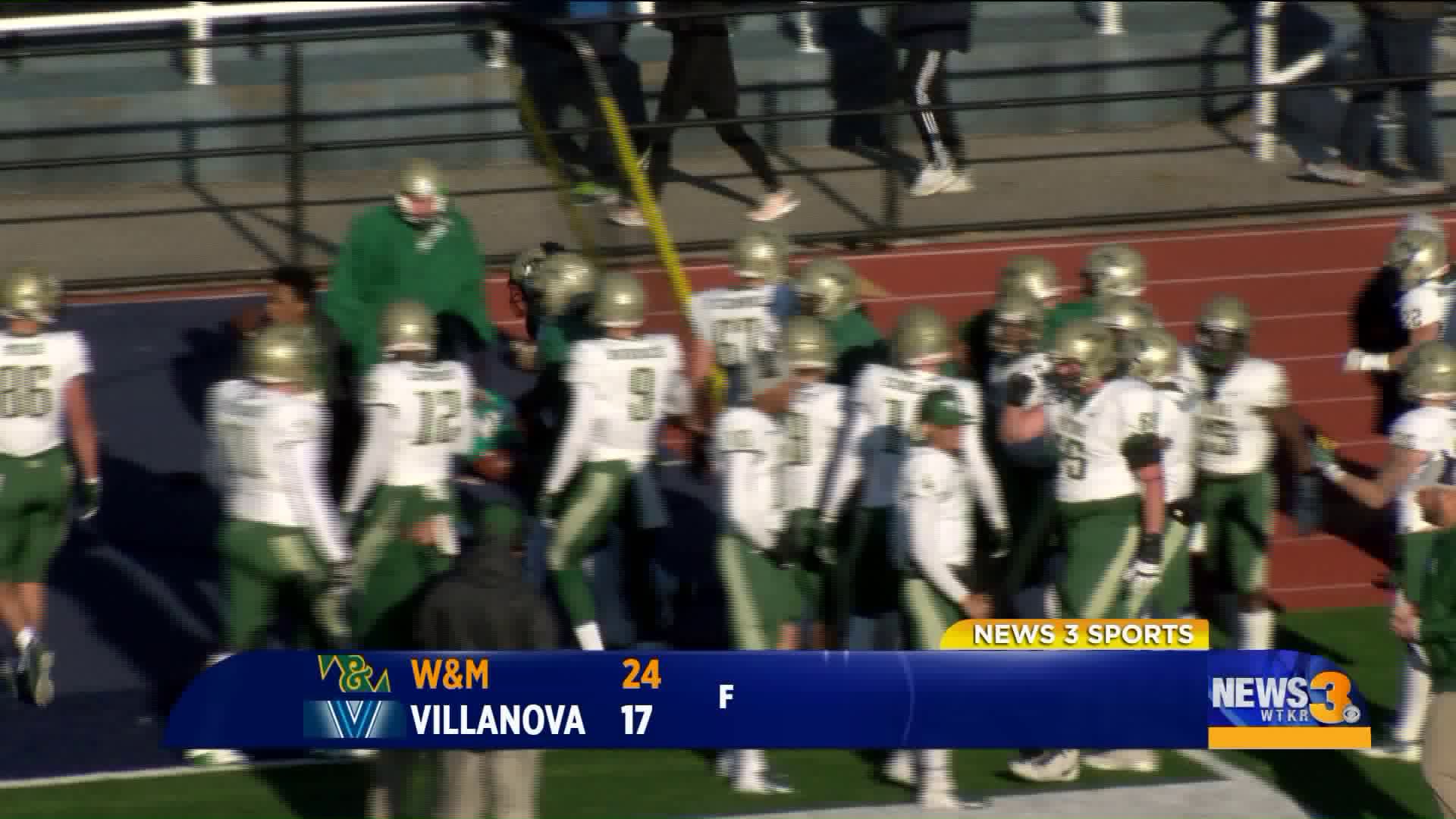 W&M (4-5, 3-3) scored on four consecutive possessions that spanned the second and third quarters to build a 24-7 lead heading into the fourth quarter.

Although Villanova (4-6, 1-6) narrowed the margin to just a touchdown, 24-17, following a 19-yard field goal by Drew Kresge with 4:52 remaining, W&M stopped the Wildcats on their final two possessions to preserve the conference victory.

While VU outgained the Tribe, 368-232, W&M forced four turnovers and committed none. Additionally, W&M scored on all four of its trips into the red zone, which included three touchdowns.