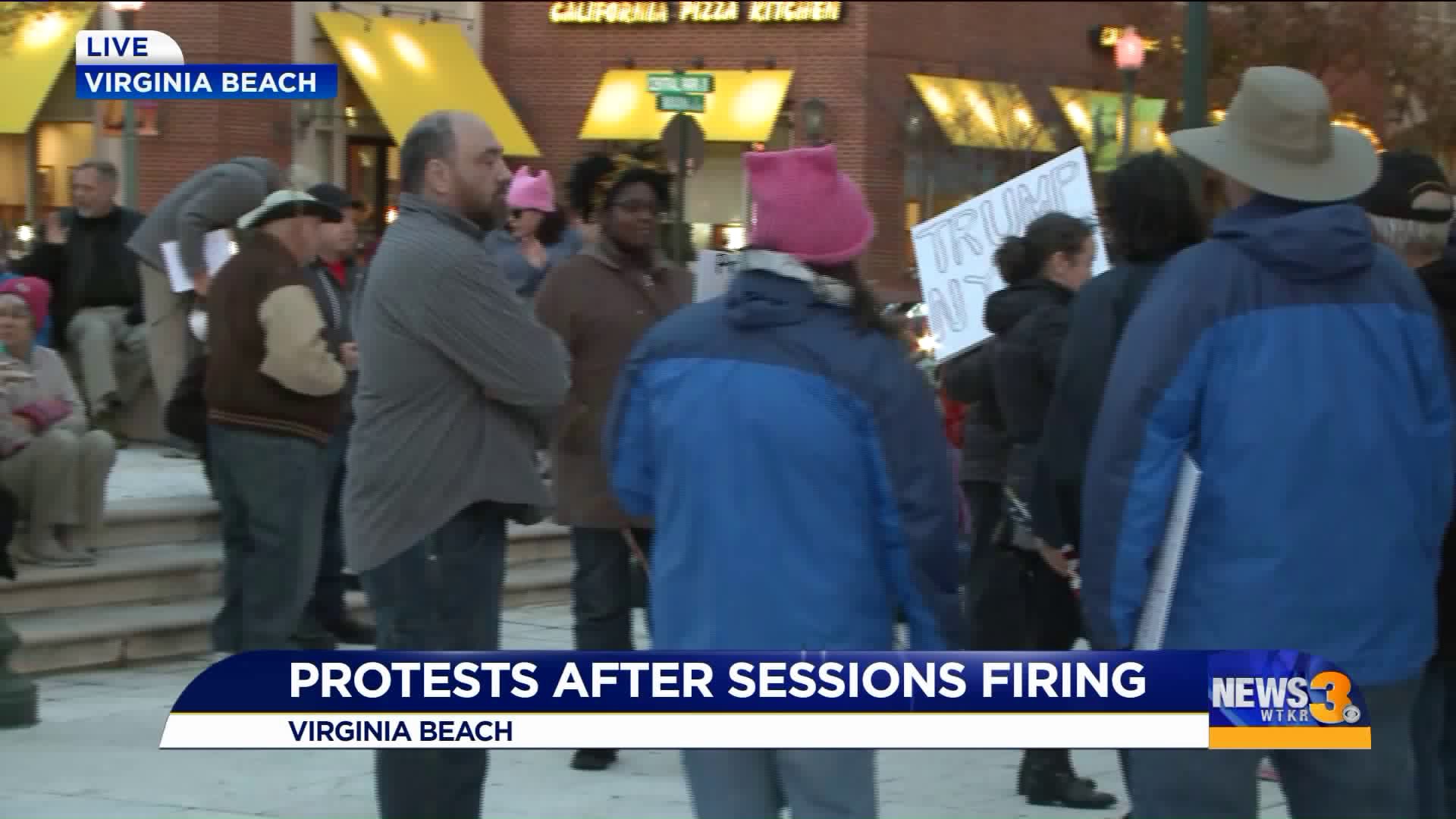 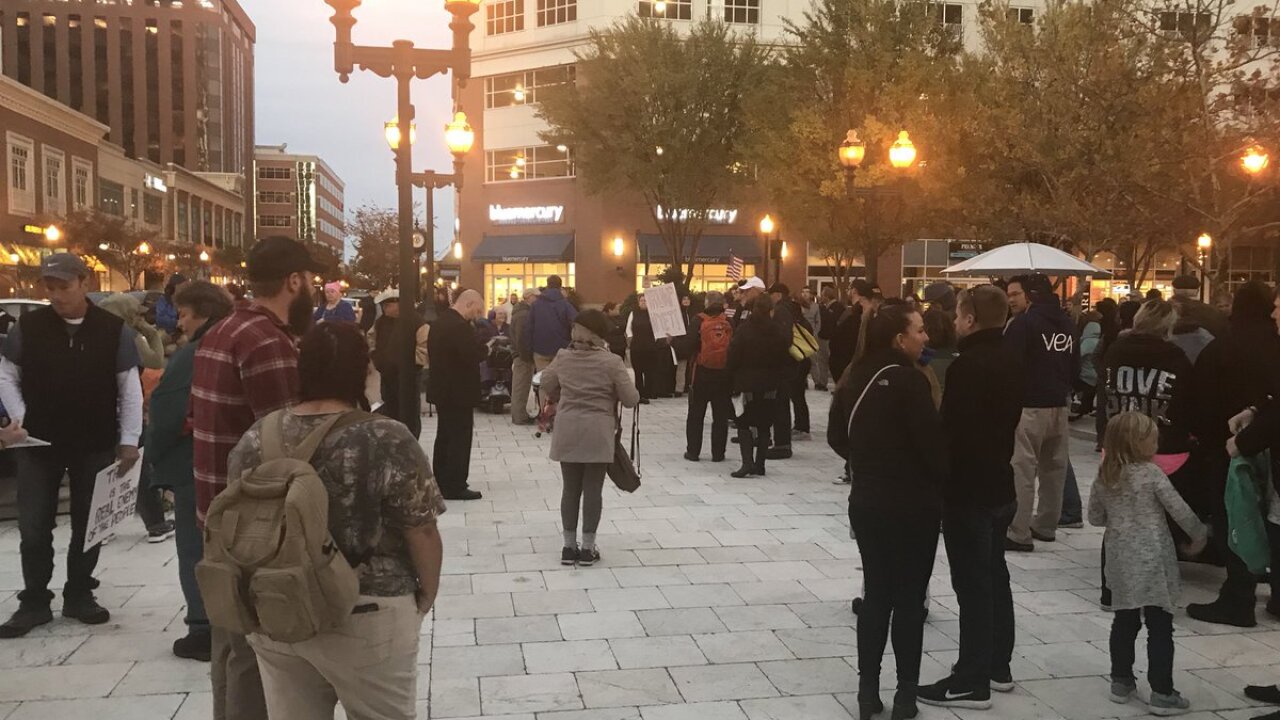 VIRGINIA BEACH, Va. - Protests took place around the country, including in Virginia Beach, in response to President Trump's firing of Jeff Sessions as Attorney General.

"Nobody is Above the Law" Rallies started at 5 p.m. around the nation and at Town Center in Virginia Beach.

"These are occurring as a way of expressing our concern about the actions President Trump took yesterday," said Ron Roe, an organizer.

Trump fired Sessions on Wednesday after months of back and forth between the two. Trump criticized Sessions for recusing himself from the Russia investigation.

Sessions' departure leaves uncertainty to the future of the Robert Mueller led investigation into whether Trump's 2016 presidential campaign colluded with Russia.