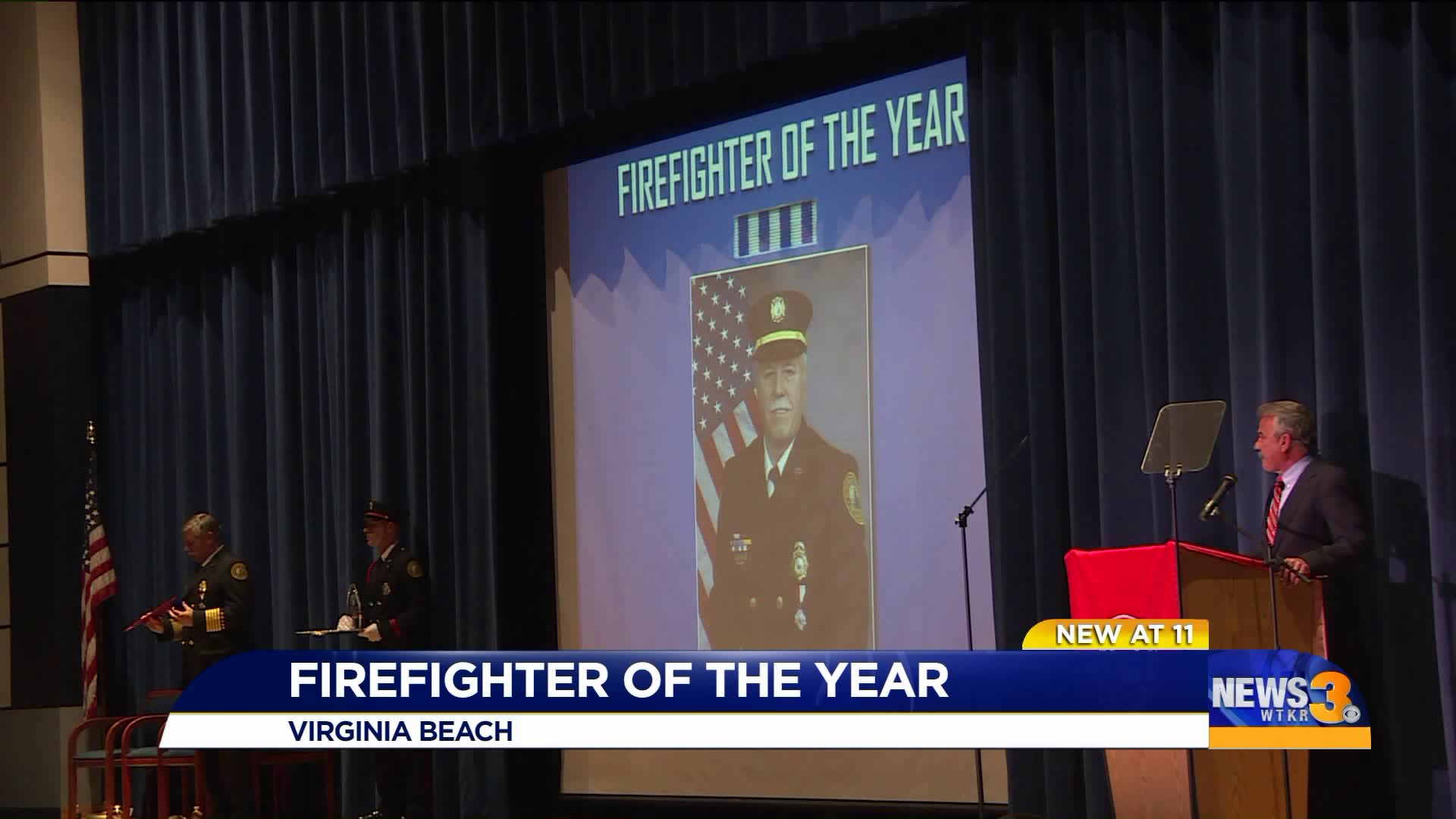 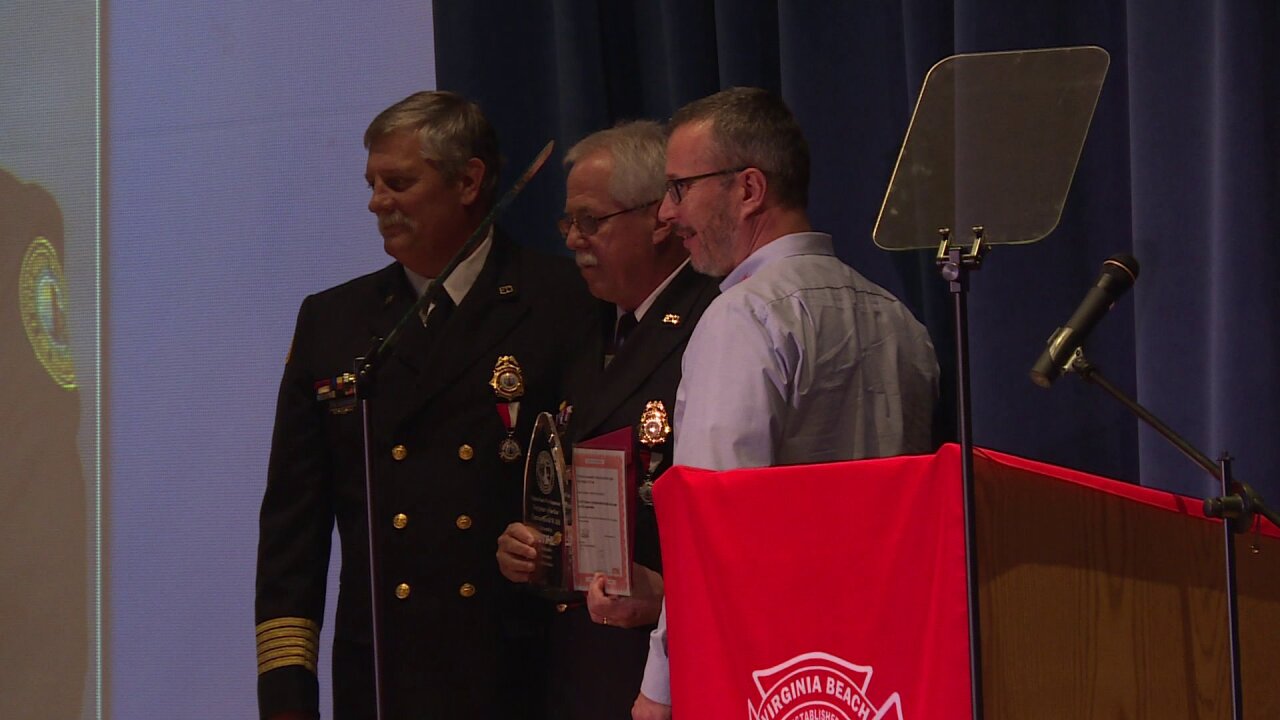 VIRGINIA BEACH, Va. - The City of Virginia Beach named its Firefighter of the Year Wednesday.

Until Wednesday night, the winner's identity had been a big secret for several weeks. When Captain Hill's name was called, there was a standing ovation in the room.

There was also an emotional video tribute from his fellow firefighters at the Virginia Beach Fire Department.

Hill said he was surprised to win, and he attributed his success to his co-workers and family, who he said make his job easy.

"I owe a lot to my dad for getting me involved, and to my guys on my shift, my family members," Captain Hill told News 3. "It's just great - just the best job in the world."

The fire department also honored other first responders for their actions that helped save lives.