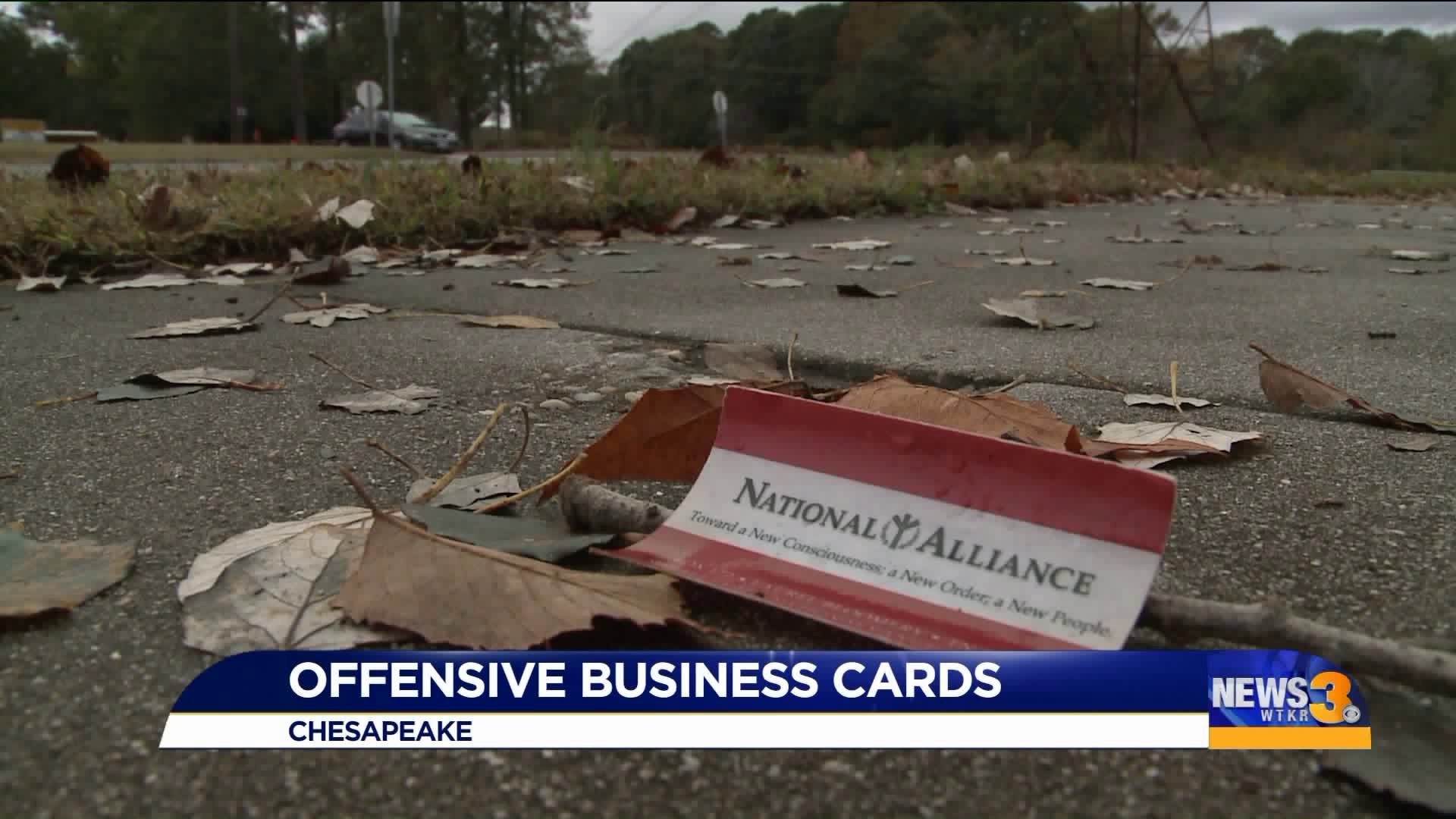 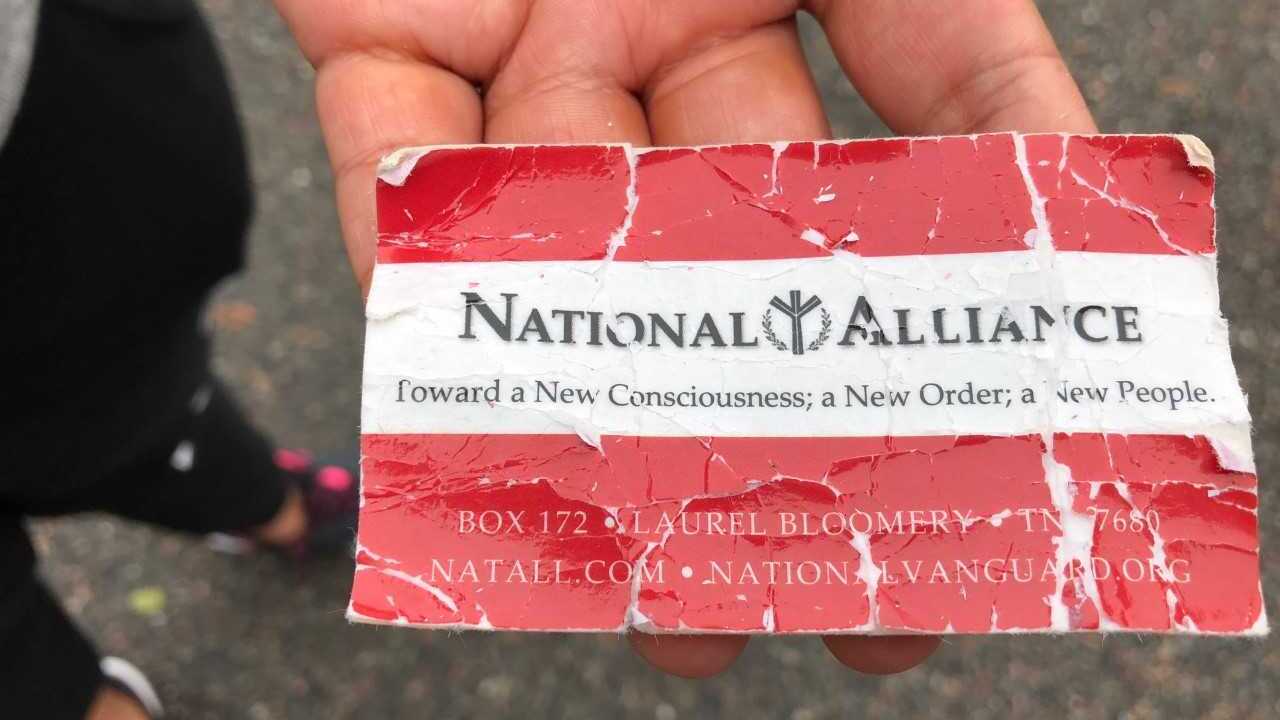 CHESAPEAKE, Va. - Emily Crosby had never experienced racism until business cards filled with swastikas and nooses were thrown at her.

She said she was taking her mid-day walk during lunch last week when it happened. Crosby typically walks along Hanbury Road in Chesapeake, near Great Bridge High School because she works close by.

After passing a small pile of business cards scattered across the sidewalk and grass, she told News 3 a car slowed down next to her and someone yelled out the window.

She couldn't hear what the person said, but said they threw a handful of business cards at her that promoted white nationalism.

The back of one card said in part, "No multi-racial society is a healthy society" and, "If the White race is to survive, we must unite our people on the basis of common blood, organize them within a progressive social order, and inspire them within a common set of ideals."

Crosby said she was shocked and angry.

"It's just upsetting to know that people can't even go on a walk now without being targeted," she said.

Wanting to spread the message of what happened, Crosby took to Facebook. The post has hundreds of comments and has been shared more than 1,000 times.

Though not all the messages are positive and some are even hateful, Crosby said she is happening people are listening.

"It's getting out there and people are realizing that it is a problem and something needs to be done," Crosby said.

Even as she took her walk on Monday, she found two more cards and a sticker that said, "White lives matter."

Despite what she might come across she said she won't stop walking and won't let the hate scare her away.

"People asked me, 'Oh you're not going to walk anymore, right?' Like no, i'm going to keep walking. This is my 'me' time," she told News 3's Erin Miller.

Crosby doesn't plan to file a report with police, but she hopes this will serve as a wake-up call for the community.

"It just put into perspective that racism isn't just in big cities and stuff. It's here in Chesapeake, [too]," Crosby said. 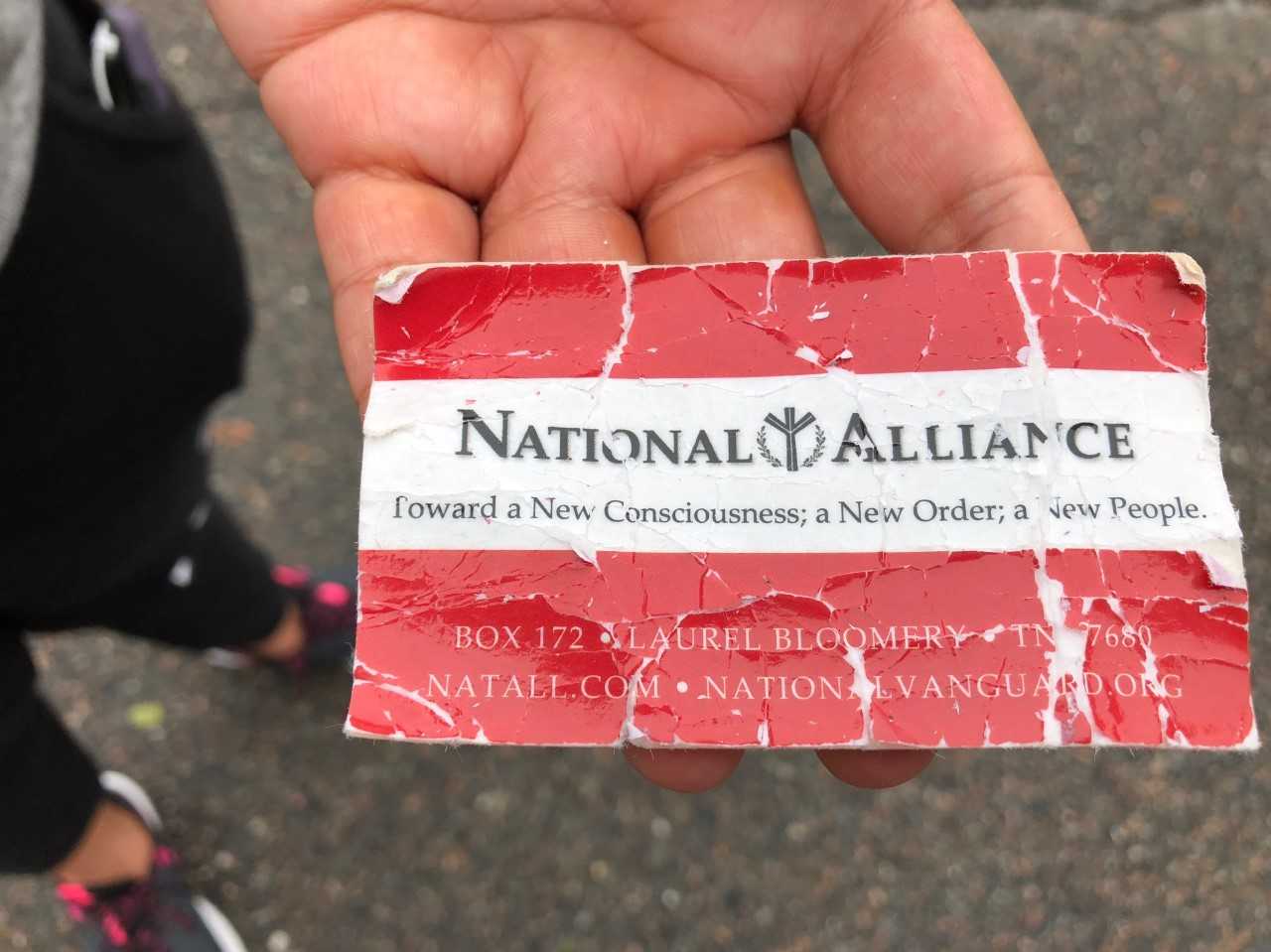